Here's how quickly cities across Canada are burning through cash 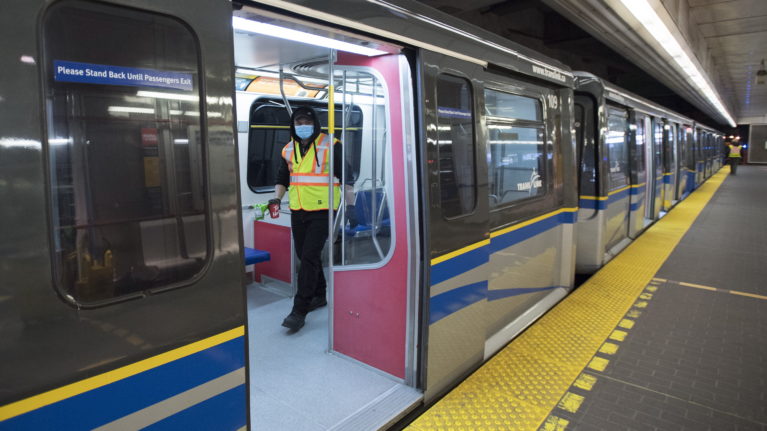 Brian Kelcey is a Toronto-based urban policy consultant. He previously served as budget advisor to the Mayor of Winnipeg, and as a senior political advisor at Queen’s Park.

As chair of Winnipeg city council’s finance committee, Scott Gillingham is now one of hundreds of municipal leaders across Canada grappling with plunging revenues and rising emergency costs associated with the COVID-19 shutdown. “If you were waiting for something worse to come along, well, this is it,” he says.

While American mayors can access hundreds of billions in federal grants and central bank loans, Canadian city leaders are coping with the same challenges, but without any promise of comparable federal aid so far. No choice is easy: laying off a cashier or a city planner saves money in the future, but it also forces a drain on reserves to pay severance in the present. Cancelling public works projects may seem prudent, but local construction firms are depending on that work to stay alive through any eventual recovery.

Last week, the Federation of Canadian Municipalities called on the federal government to offer billions in emergency transit subsidies and increased gas tax transfers. Others have proposed Bank of Canada interventions, or conversion of federal infrastructure subsidies into a share of GST revenues to move cash to cities more quickly. At the provincial level, British Columbia is allowing local governments to hold on to education property tax revenues that they would normally remit to the province as a short-term cushion.

Here’s a sample from west to east of how local officials are navigating the early days of the biggest financial crisis anyone in municipal government has ever seen.

Burn rate: Translink had already lost $75 million from plunging fare and gas tax revenues by mid-April. Even after implementing a wave of announced service cuts, Translink still expects a burn rate in the tens of millions once those measures are complete.

Translink is one of Canada’s largest transit agencies, but as of this moment in the COVID-19 crisis, it’s shrinking. By the end of the month, Vancouver transit riders can expect to lose as much as 40 per cent of service capacity, including fifty-six bus routes and cuts to rapid transit service. Over 1,500 layoffs were announced on April 20.

“Transit systems don’t turn on and off like a light switch,” says New Westminster Mayor Jonathan Coté, the chair of Translink’s mayor’s council. He told Maclean’s that he and his colleagues are concerned about the future consequences of the service cuts they’re being forced to make today. “The significant cuts we are making to transit service aren’t just going to impact us during the health crisis,” he says, “but they will also hinder us during the recovery phase.” 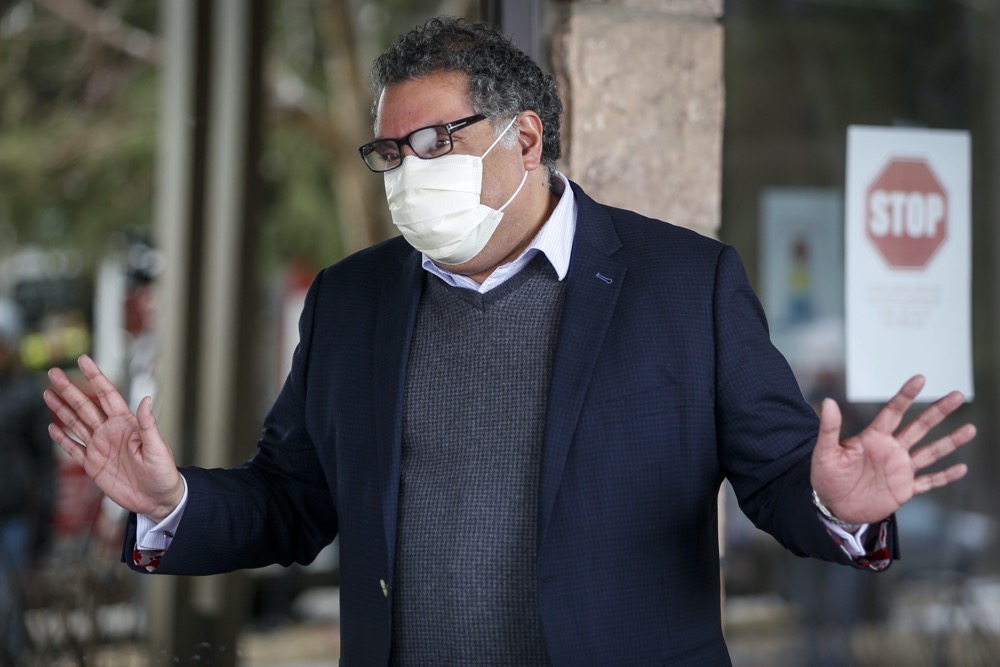 “The good news is that Calgary is exceptionally well run,” says Mayor Naheed Nenshi in a plug for Calgary’s success in building up emergency reserves. But the third-term mayor wasn’t pulling any punches about the scale of the bad news: Calgary is facing a “perfect storm” with the pandemic, the economic shutdown and the ongoing oil price shock all damaging local revenues and expenditures. Calgary City Hall has already laid off 10 per cent of its workforce and suspended seasonal hiring.

Since Alberta’s economy was already facing tough times before the pandemic, Nenshi is more focused than other mayors on the potential risks for business property tax revenues. “If that business goes bankrupt, who’s paying that tax?” he asks, floating the real possibility of a chain reaction if several business failures outpaced various landlords’ resources. “Our estimated loss [of between $400-$450 million] through to September assumes everyone can pay their taxes,” he says, an assumption he himself acknowledges may be tested given the City’s desire to be flexible with tax collections. “We know from research and experience that when a disaster shuts down businesses, 30 to 40 per cent of them never reopen,” he said. “After the 2013 flood, we got that down to five per cent,” but with the combination of economic pressures, Nenshi believes it will be tough to get similar results this time.

Burn rate: illnesses and self-isolation have prevented the City’s tiny finance team from calculating a projection yet, “but day-by-day this pushes our consolidated operations towards the red,” says City CAO Duane Nicol.

“It’s a tighter community,” he says. ”We know the names of the people losing their jobs or who own businesses struggling to make rent or payroll… For our staff and Council, the economic impacts are not just numbers on a briefing report, it’s the quivering voice we hear on the phone as people ask about their water bills. It’s personal for us.”

Nicol has a list of mounting worries to consider, including lost user fee revenue for arenas and halls, a 50 per cent drop in transit use and an “almost complete collapse” of accessible transit use. Despite residents rallying around local businesses, the city is uncertain who will be ready to pay when business property tax deferrals run out. While Nicol believes the city’s reserve policies are generally conservative, he notes that Selkirk was already paying for three major capital projects this year. “For the first time in decades, the city has had to establish a line of credit to ensure we have the liquidity to fund operations,” he says.

READ: Notes from an Apocalypse: What we might learn from the COVID-19 pandemic

Burn rate: $20 million per month to date, with projections of $90 million in cumulative six-month losses once ongoing savings measures fully kick in.

Mississauga has a reputation for modern city services, but efficient management hasn’t been enough to protect Ontario’s third largest city from an economic shutdown that leaves Canada’s second-largest employment centre — the area surrounding Lester B. Pearson Airport — operating at a tiny fraction of its capacity.

With a wide range of community services available before the pandemic, the city is now losing $5 million a month from lost recreation fees alone, over and above $7 million per month in transit fare losses. Mayor Bonnie Crombie adds to that list with “lost investment income, fine collection and interest on deferred tax… we have no way of recovering those lost revenues, which is why we need the provincial and federal governments to step in and assist cities during this unprecedented crisis,” she says. Crombie pointedly notes that “we are the only level of government that has laid people off.” Mississauga has let go of 2,000 staff so far. 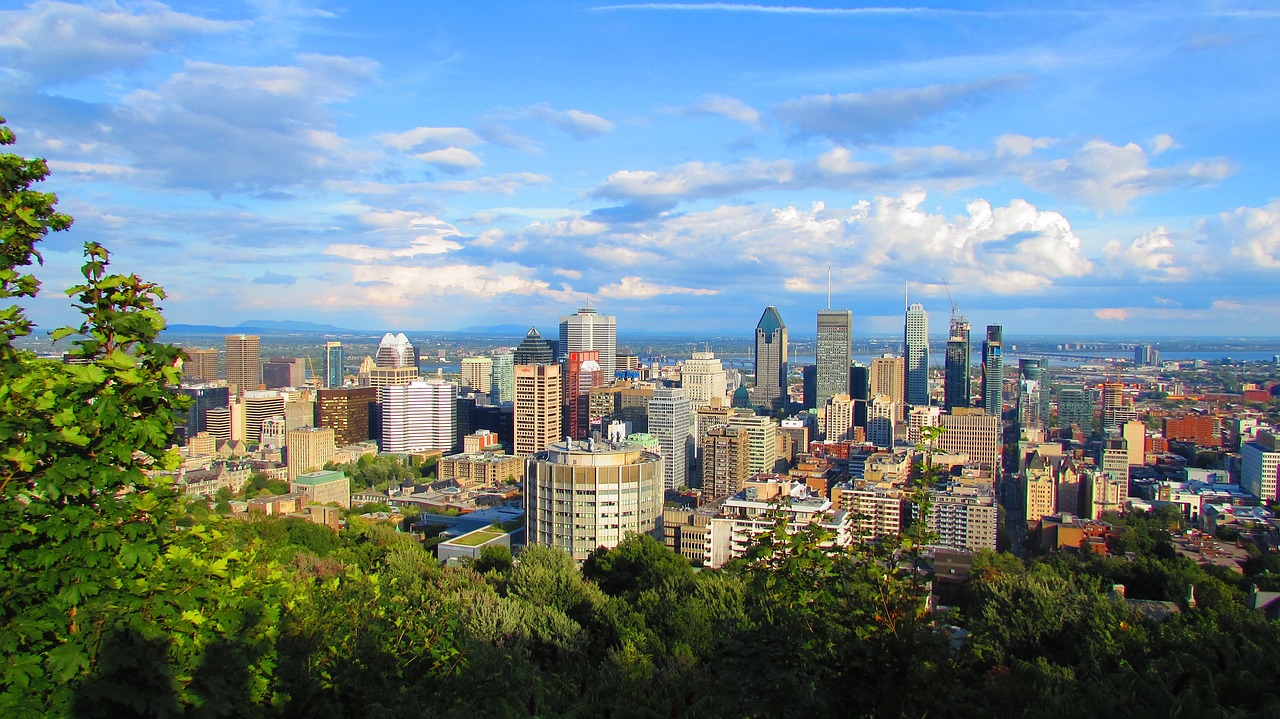 On April 23, Mayor Valérie Plante tweeted a French colloquialism — “les reins assez solides,” or Montreal “has strong kidneys” — by way of affirming her belief that the City is in relatively good shape to ride out the crisis. Recent budget surpluses have left Montreal’s reserves in excellent shape. However, Plante has insisted that in the medium term, Montreal will need federal and provincial aid just as surely as other cities, and to prove it, she also announced targets for cuts to Montreal’s central budget of almost $86 million. She also bluntly challenged Montreal’s nineteen borough governments to begin spending cuts to bring the total savings up to $124 million.

In Canada’s northernmost and most isolated city, public sector jobs and regional Inuit associations have kept employment relatively stable. The community has yet to identify a single COVID-19 case. But Mayor Kenny Bell argues that Iqaluit relies “heavily on tourism, construction and transportation industries for services and essential supplies.  If these industries experience significant downturns, there will be a detrimental effect to our local economy and the well-being our community, region and territory.”

Lost commercial landfill tipping fees, ice tournament rental fees and Aquatic Centre fees are all high on City’s list of red flags for revenue. While City CAO Amy Elgersma has managed to avoid layoffs so far through aggressive redeployment of staff into community support roles, her team is also reviewing the City’s capital program for potential cuts if they prove necessary.

READ: Coronavirus in Canada: how to get tested, what the symptoms are, where to get help

Burn rate: Halifax projects that in the absence of new revenue, it will run out of cash in approximately four months.

In a presentation to city council last week, city chief financial office Jane Fraser confirmed that tax deferrals were effectively pushing out almost $200 million in revenue that the City would normally be relying on to manage its cash pressures. Halifax is also one of the few Canadian cities to publicly confirm its losses from parking fees, at almost half a million dollars a month. Even as councillors reviewed the damage, they also voted to make the pressure more difficult, agreeing to plan for millions more in projected revenue losses to cut down late fees and further extend deadlines for beleaguered property taxpayers. Among Halifax’s other emergency steps already taken: a request for a provincial line of credit to maintain services.

Correction: An earlier version of this story incorrectly identified the mayor of Iqaluit as Kelly Bell instead of Kenny Bell