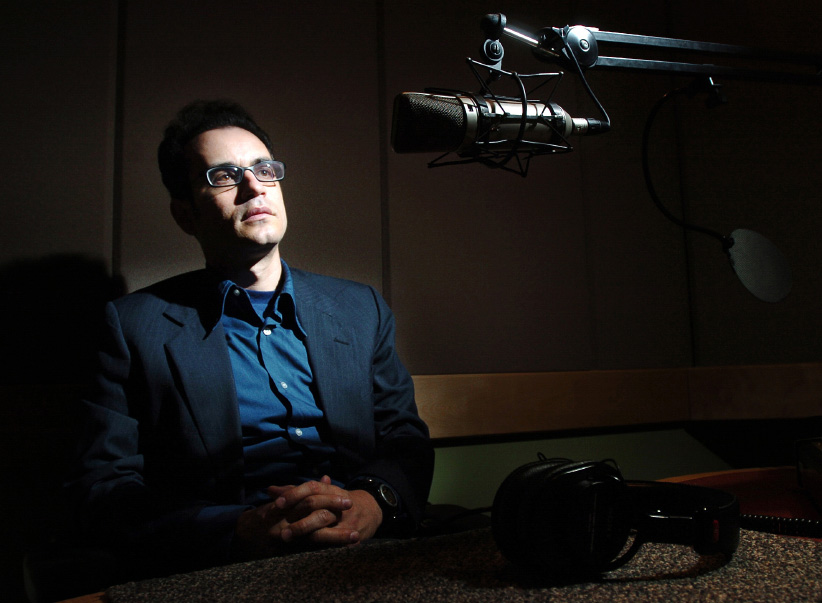 Jonathan Goldstein, then the host of the CBC show ‘Wiretap,’ poses for a photo at the Montreal CBC building on Wednesday, August, 09 2006. (Tyrel Featherstone/National Post.)

Back about fifteen years ago, when I started working at the CBC, it was a huge, mysterious byzantine operation of tight-lipped carpet-smelling men named Gordon and women in body shawls clutching mugs of tea with both hands. There was no one to give me the lay of the land. The Mother Corp, they called it. It was like everyone was using some kind of abbreviated submarine talk.

I understood nothing and so, to best protect myself against anyone finding out just how ignorant I was, I kept to myself. I mixed and edited my show, Wiretap, on a 12-inch laptop in a windowless room that had hitherto been used as a storage facility. It was in this storage room that I one day gathered up my nerve and phoned—on the telephone, like some kind of a caveman—Stuart McLean. I can no longer remember how I got ahold of his number, but it was indeed a number written on a slip of paper that I remember clutching. If I’d ever have an opportunity to get in touch with him, this was it. We were peers, I sweatily thought. Weren’t we?

After all, back then, Wiretap was on Sunday afternoons, right after The Vinyl Cafe. So people finished listening to Stuart’s show feeling warm inside, sunny like the whole world smelled of graham crackers and fir trees; and then my show would begin, at which point they’d feel like they’d been ladled in grease and anomie. This was my thinking at least, and eventually it must have become the network’s thinking, too, because I lost the coveted time slot in short order.

Stuart was in Toronto and I was in Montreal. He picked up, saying he was in the middle of writing that week’s show. How does one write The Vinyl Cafe? I wondered. I imagined him, shoeless in a grassy field catching words from the trees with an apple basket. He said he was on a tight deadline and couldn’t speak, but then proceeded to stay on the phone for over an hour, with me—a guy he’d never met, never even heard of. Stuart gave me names and numbers of all kinds, friends of friends and various problem-solvers. He told me who to trust, who not to.

“What do you think of X,” I asked. X was an agent who’d recently gotten in touch because he wanted to represent me.

He was the barometer, the icon of Canadian broadcasting that I and so many of my peers aspired to be, and his presence was always felt on Wiretap. Howard, a reoccurring character on the show, would often compare my dourness to Stuart’s bonhomie, referring to him as “Sir Stuart McLean,” as though he had been knighted by the people. On a Halloween episode, in which Howard took me camping and fed me magic mushroom tea, Stuart made a cameo, performing the role of my drugged-out hallucination of him. Through the course of that vision quest, I learn that Stuart is my spirit animal. 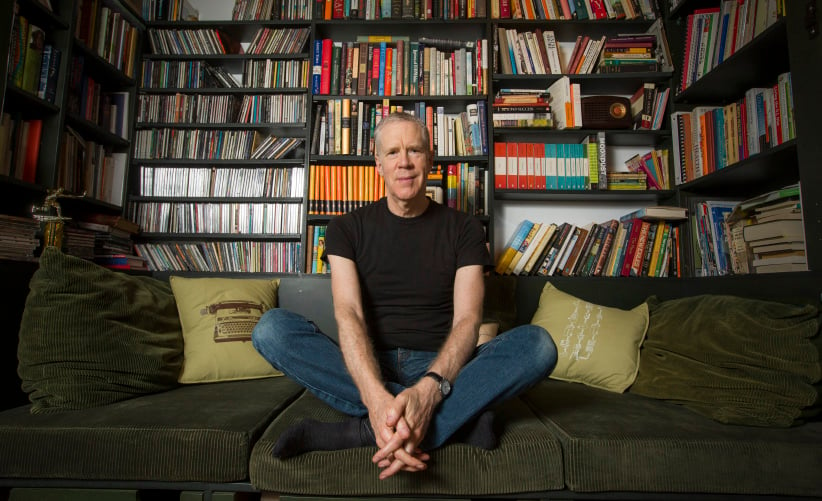 When he came to Montreal, Stuart invited me to Place des Arts to see him perform. Before the show, I met him backstage where we ate with the crew and the musicians, people he’d been working with years, all side by side at long tables. It reminded me of being at a cabane à sucre.

“Do you still get nervous before a show?” I asked. Personally, if I so much as had to talk to my landlord, let alone a crowd of paying customers, I wouldn’t be able to hold down solids, let alone a whole meal. But Stuart shook his head. He did dozens of shows a year and was at home on stage.

While he got ready, his producer Jess told me that Stuart was usually not so comfortable with new people around, but he was OK with me, which made me feel special. Maybe my own discomfort put him at his ease. Maybe it made him feel inclined to take care of me. Maybe Jess was just being nice.

MORE: From the archives, our 1998 story on how Stuart McLean achieved success

Stuart was slim and wiry and, in front of the crowd, he swayed from side to side, stepping from foot to foot like a preacher. I paid attention to his pauses, the way he fluttered his voice at the end of words, hit consonants hard and drew sharp intakes of breath when he was really going, how he used a musician’s stand to support his ring binder full of stories, and especially, the way he took care of the audience. There were young people there, but it was seeing these men and women in their fifties, sixties and seventies laughing like children, hanging on his every word, that made a great impression. It was like he was tossing them up in the air in his sinewy arms and catching them covered in all-Canadian pixie dust from the clouds. They seemed cared for.

The last time I saw Stuart was at a Concordia University dinner where he’d earlier received an honorary degree.

“Stuart,” I said, “my father still talks about how ‘Dave Goes To The Dentist’ is the funniest thing he’s ever heard.” Just his thinking about Dave discreetly spitting his tooth into his hand so as not to disrupt the dinner party would send him into fits of giggles. My father wasn’t the type to laugh at something like this and it was adorable.

“He loves that story more than anything I’ve ever done,” I said.

“That’s because it’s better than anything you’ve ever done,” he deadpanned.

After dinner, before he set off to his mother’s house in Westmount where he was staying, we lingered at a street corner, talking. I was moving to New York soon and he told me I should look up an old friend of his who now hosted a very popular public radio show. Even then, Stuart was still taking care of me.

Stuart McLean never had the bitter edge of Garrison Keillor. His were words stripped clean of the regular ironies and to take it otherwise was to hear him with fallen ears. Like Adam, Stuart knew a snake for what it was and committed to what he knew. And from that assured place, he presented as good a sense of what it means to be Canadian as any. He was a beautiful broadcaster who cast the net broadly. In as large a country as this, he possessed a signal radius that extended far and wide, and included everyone.

As the media becomes more and more fractured, and there can no longer be another Johnny Carson, Ed Sullivan or Walter Cronkite, so too can there never be another Stuart McLean, a man able to hold us all together, gathered up in his good, strong arms.

Jonathan Goldstein was host and creator of Wiretap, which aired on CBC Radio for 11 years. He now hosts the Heavyweight podcast for Gimlet Media.