In memory of Emily Tuck, the young fiddler from Portapique

In the home where she and her parents were murdered, 17-year-old Emily Tuck lifted her bow and played a song. 'They were their happiest there in Portapique.' 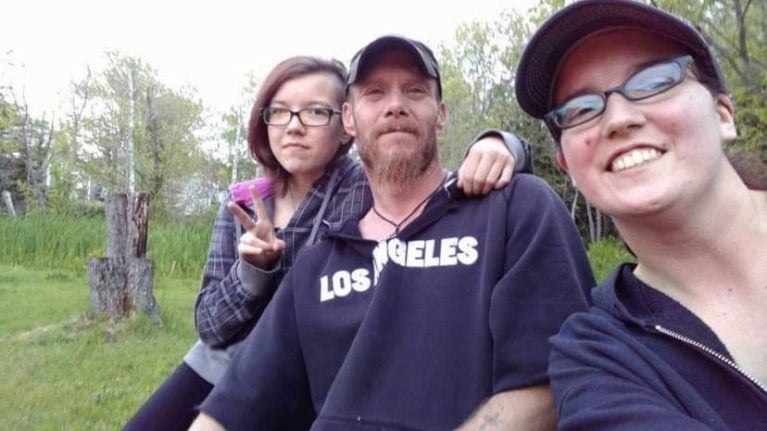 You can see Emily Tuck’s shy pride in the video her father made of her last month for a kitchen-party Facebook group that Nova Scotians created to share tunes during the pandemic.

Tuck, 17, is holding her fiddle, dressed for quarantine in gym socks, pyjama pants and a T-shirt, standing in the living room of the Portapique home where she and her parents Aaron and Jolene were later murdered.

“OK,” says her dad. “Your contribution to the COVID kitchen party.”

“Herbie MacLeod,” she says, and smiles shyly, and then bends to her fiddle and lifts her bow.

“Wicked,” he says, right proud of her.

The song is In Memory of Herbie MacLeod, a sad but sweet air, written by late Cape Breton fiddler Jerry Holland in honour of a friend in Massachusetts who often hosted travelling Capers. It is slow waltz, wistful and lilting, with a bittersweet Celtic sadness, and in the video Emily plays it well, head bent, intent.

Then, when she finishes, she grins at her dad, her chin stuck out with pride. “There’s some fiddle for ya.”

In Memory of Herbie MacLeod was the first tune that Emily learned.

At the time the family was living in Sydney, where Aaron had roots. He and Jolene had met in Alberta, while he was out there working. They fell in love, had Emily and eventually moved to Cape Breton when Aaron’s mother, who lived there, was ill.

Emily was having some difficulty in school and Jolene hoped that the fiddle would help her.

“One of the things that was pretty tough for her was confidence,” says Shawn Macdonald, who taught her to play. “They didn’t have very much in line of money or anything like that. They worked really hard. So it was really hard for her to grow up where everything is always designer this or designer that. So Jolene enrolled her with me and you know, helped boost her self confidence.”

Her dad brought her to the lessons and sat and listened to her, encouraging her.

“He was pretty rough around the edges but deep down he was a great guy,” says Macdonald.

“Every time that Emily came over to my house, he wanted to sit in the lesson room and listen to her play. Never missed a lesson. And sometimes I would go over to her house, when their car was on the bum or whatever, and I’d spend an hour with her in their living room, and he’d sit there and have a beer, and listen to her and say, ‘By Jesus that’s good, Emily. You know, honey. That’s great.’ He was always trying to give her encouragement.”

Paula Williams got to know Aaron 25 years ago when they were both single and childless, both working in shops at the Truro Mall, down the road from Portapique. One night they decided to go to the Engine Room Pub for a beer and a few games of pool. Aaron introduced Paula to a friend who later became the father of her children. She remained close with Aaron, staying in touch over the years. Aaron sent her a link to Emily’s fiddle video when it was posted, for instance.

When Aaron’s father was dying, he stayed with Paula’s family for a while. He was a doting husband and father, Williams says.

“If he didn’t call them one thousand times a day he called them a million times a day,” she said. “Jolene and Emily were his life. And he would say, ‘Did you do your fiddling today’ ‘Yes, Dad, I did.’”

She often played for visitors.

“Anytime you went to visit them they always asked Emily to bring out the fiddle and play us all a tune and she gladly would,” says Lisa Floyd, a friend from Sydney.

“She was the light of his life as well as Jolene. He loved those two girls more than anything.”

The family moved to Portapique two years ago after Aaron’s father, Bruce, passed away and Aaron inherited his house, not far from Portapique Beach. At that time, Aaron started going by “Friar,” which had been his father’s nickname.

“I feel like Jolene and Aaron and Emily were their happiest there in Portapique the last two years,” said Tammy Oliver-McCurdie, Jolene’s sister, who lives in Alberta.

Oliver-McCurdie, who is grieving her sister, has established a fund to help the family manage the funeral expenses and start a bursary in Emily’s name.

While the family lived in Portapique, Jolene was working at the Engine Room, the same pub where Aaron and Paula became friends. Emily was attending the Cobequid Educational Centre in Truro. She would have graduated in June.

Aaron, who had previously worked as a cobbler and mechanic, had hurt his back lifting an engine, so he couldn’t work. He kept busy improving their home, though, and working on the family’s clapped out Pinto, which Emily enjoyed helping him with.

The house, which had no running water or power when they moved in, needed a lot of work and they steadily made progress on it. Aaron got the water to run, and surprised Jolene with it. They added a greenhouse. Aaron made a hand-cranked washing machine. Friends say the door was never locked, whether they were home or not, and they welcomed everyone in their home.

Emily was happy working with her parents on the place.

“It’s very seldom you see a 17-year-old girl that loved spending time with her parents,” says Cheryle Blaikie, a friend from Truro. “True family love. When Aaron spoke of her his eyes beamed with pride. They didn’t have a lot but they loved each other.”

Friends say that Aaron had spoken of a conflict with their neighbour, who last week murdered them. But nobody who knew them wants to talk about the killer. They want to celebrate the family. On Facebook, thousands of Canadians have shared the video of Emily playing her fiddle.

They have also shared a video of her heartbroken teacher, playing the same tune, his tribute to her.

“I want the world to know that this kid had a future,” says Macdonald. “Whether it be a musical future or some kind of future. She had something that she was working at, and she was good at it, and she had confidence in herself doing it. You can tell when she was playing that air on the kitchen party. She had a smile on her face. She loved it. It was an accomplishment for her. Glad to be a part of that. And that’s why I posted it last night. I just wanted the world to know. This 17-year-old deserved to live. Did not deserve to die.”