Infographics: What Canada is doing in Iraq and Syria 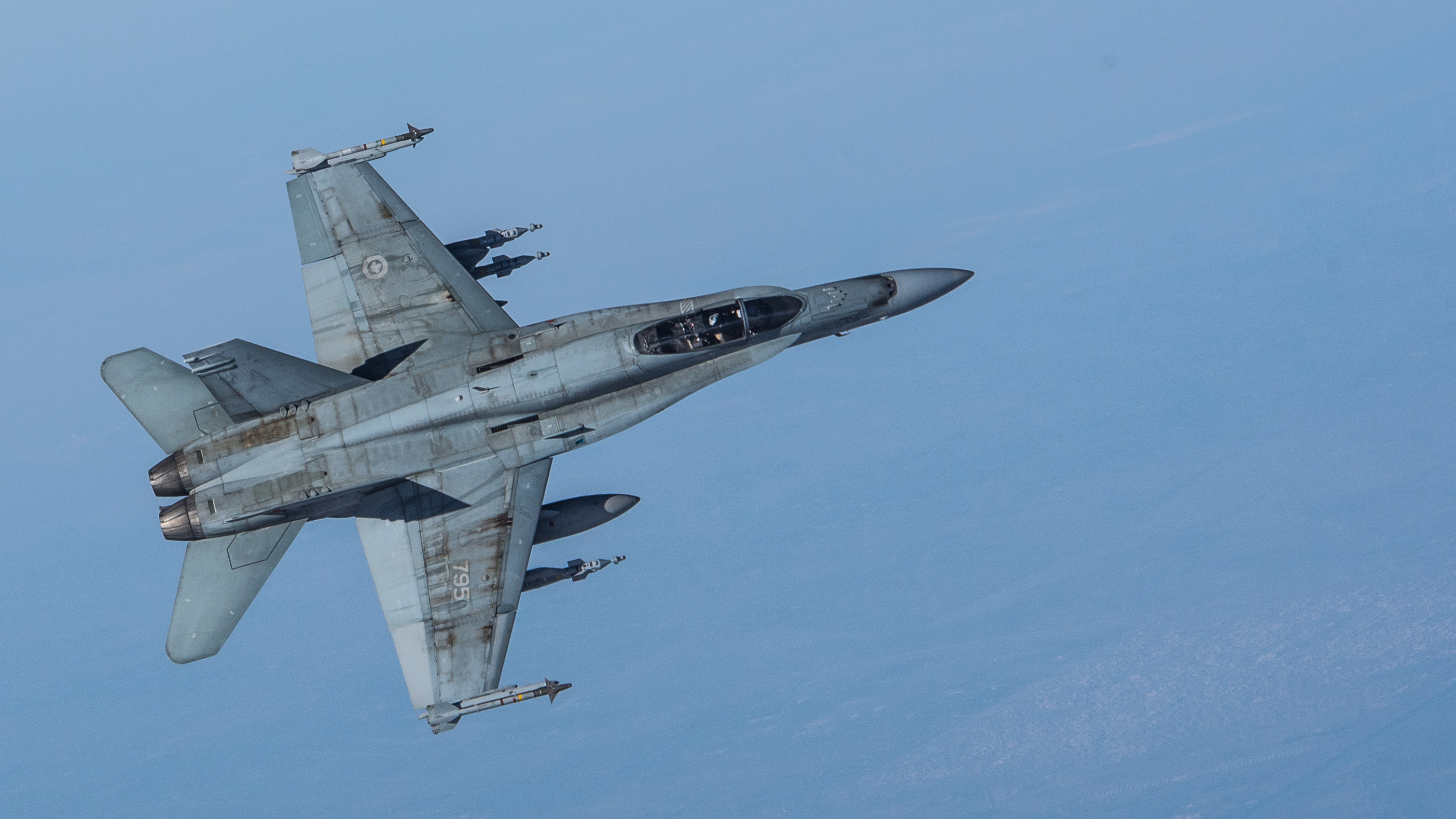 Just days after being elected, Prime Minister Trudeau announced that Canada will withdraw its fighter jets from the American-led mission to eradicate ISIS in Iraq and Syria. Trudeau has pledged to end Operation Impact—Canada’s combat mission in Iraq—and this is a step in that direction, though as of yet there is no clear timeline for the withdrawal. Canada has worked with coalition partners to combat ISIS for just over a year. What have we contributed in that time?

Since September 2014, Canada has actively been part of a coalition of countries seeking to eradicate ISIS. That group includes twelve other nations conducting airstrikes in Iraq and/or Syria. 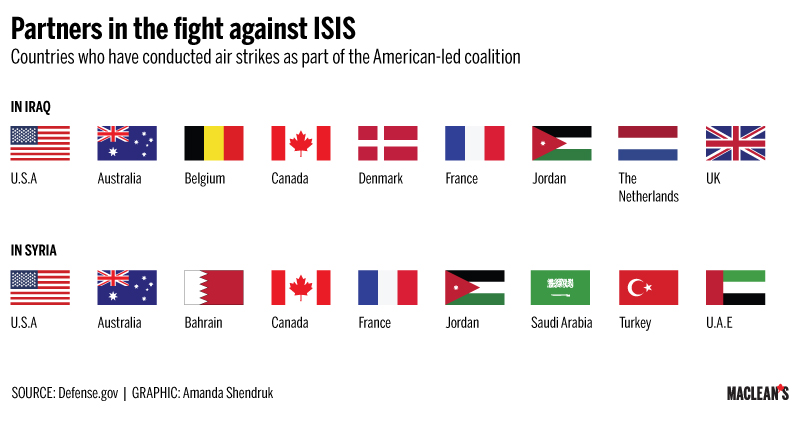 As of November 18, Canada has contributed just over 200 air strikes in the area. Our greatest contribution to date came in July, when Canada’s fighter jets conducted 50 air strikes. 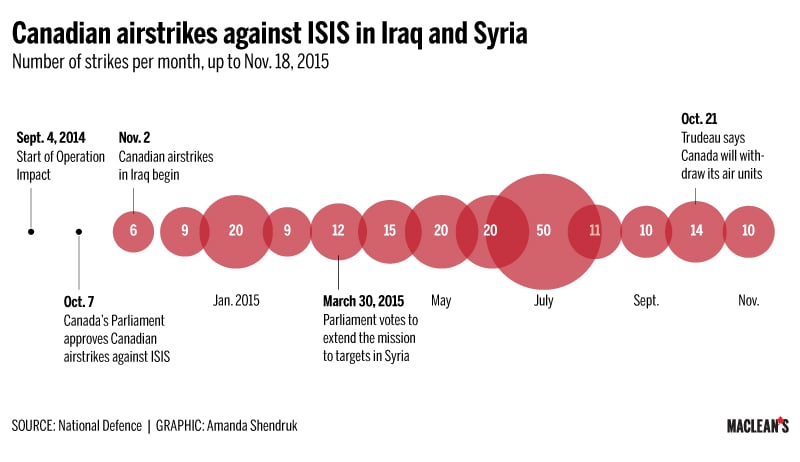 The vast majority of Canadian strikes have taken place in Iraq, with the greatest number occurring in the country’s north. 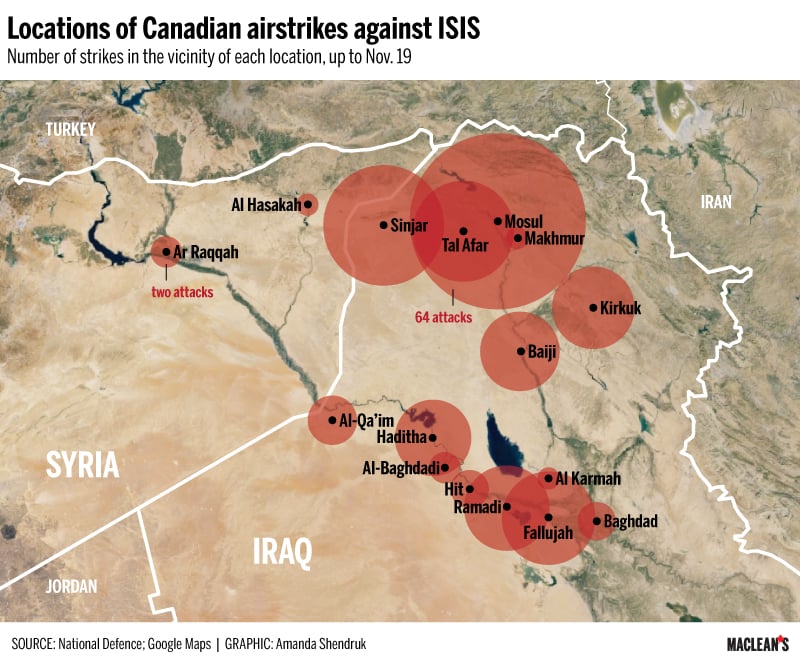 As part of Operation Impact, we have provided Canadian Air Force personnel, aircraft and special advisers to the international mission. 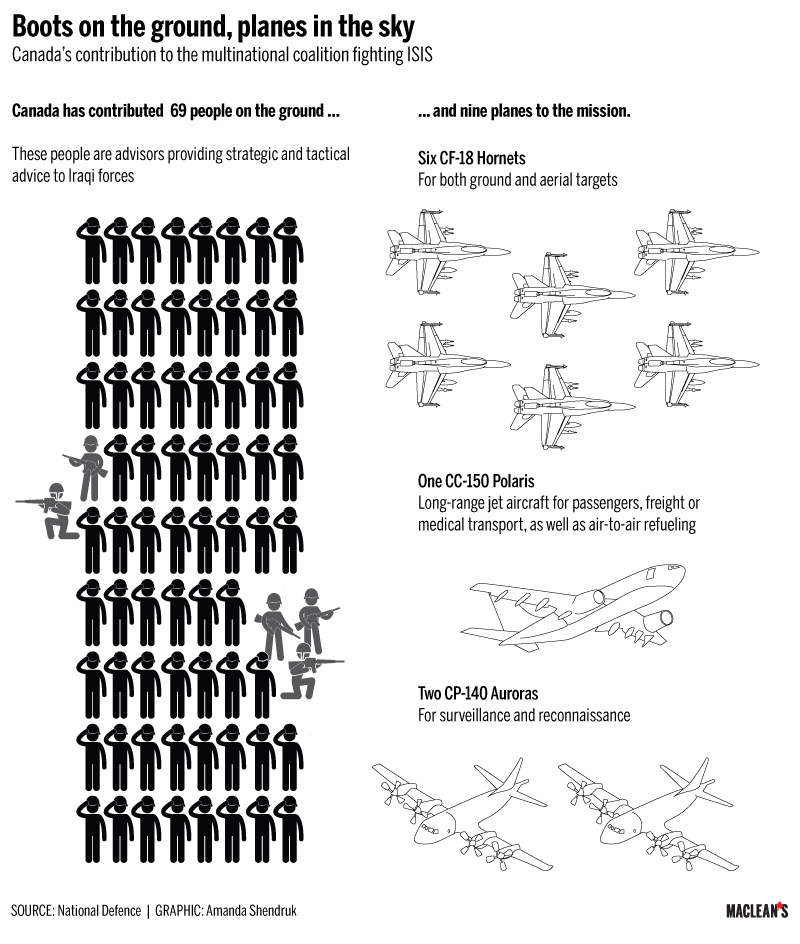 In addition to the advisers and aircraft, there are approximately 600 Royal Canadian Air Force personnel have been deployed as part of Joint Task Force-Iraq. They are not part of a ground combat mission, however; they work with the other coalition countries to advise and assist the Iraqi government with their security forces.

When compared with the rest of the coalition, how much does this contribution amount to? 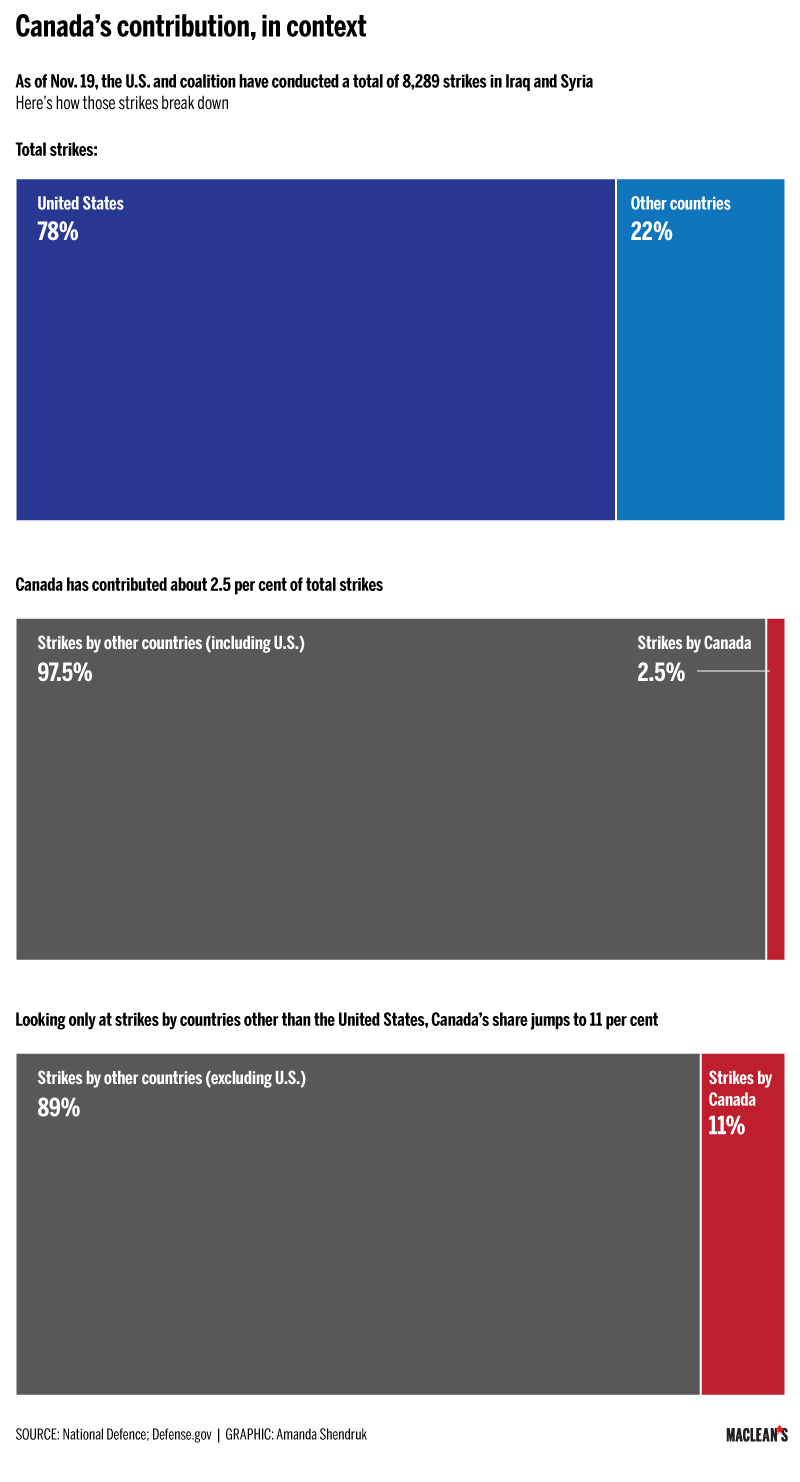 Related: Where is Canada in the crowded skies above Syria?