Paul Wells: A new poll shows the number of people playing fast and loose with urgent pleas to isolate is falling, but it's a still sizeable number among young Canadians 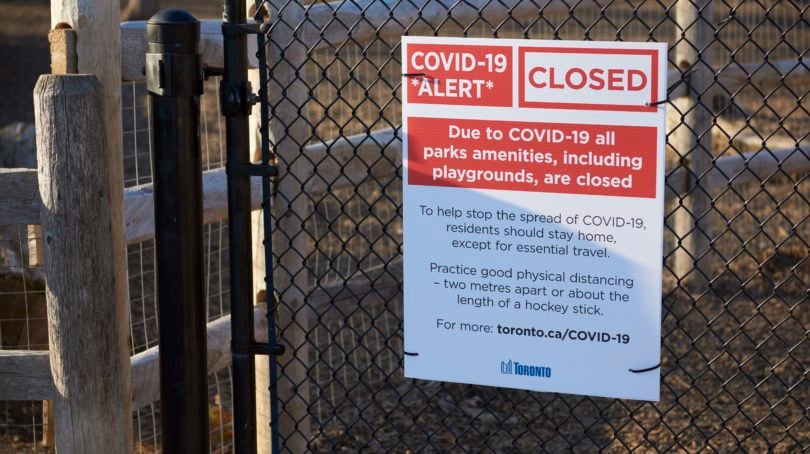 Canadians are increasingly likely to practice physical distancing as the Coronavirus pandemic continues to spread, new polling shows. But despite repeated grave warnings from political leaders and public-health officials, many Canadians, especially younger Canadians, are still getting together with friends and family.

Two waves of polling, a week apart, by Toronto’s Innovative Research Group suggest more and more Canadians are taking the message of physical distancing as a way to slow the virus’s spread to heart. When asked, “How much have you changed your day-to-day behaviour in order to reduce the chance you will get COVID-19 or pass it to others?” 56 per cent said they’d changed their behaviour “a great deal” in polling conducted March 24-26. That’s up 24 points from the 32 per cent who gave the same answer to the same question March 16-18.

But that 15 per cent includes 22 per cent of respondents between the ages of 18 and 34. And Innovative found that when respondents were asked about specific behaviours, they were likelier to reply that they’d done sociable things even when they were supposed to be staying alone. So 27 per cent said they had visited a relative or friend in their home in the past week; 23 per cent had hosted a relative or friend in their own home; and 15 per cent said they’d gathered with a small group inside someone’s home.

The overall trend lines are encouraging, Greg Lyle, president of Innovative Research Group, said in a telephone interview. Across age groups, the number of Canadians reporting they were playing fast and loose with urgent pleas to isolate fell by half in a week. But the fact that some persist, and that more admit to individual categories of social behaviour even though they claim in general to have been keeping to themselves, suggests some are simply confused about what public officials are asking them to do.

“It doesn’t seem like people fully understand what the authorities mean when they say self-isolate,” Lyle said. “It means never leave your home. It means never let someone else come.”

Innovative also polled on respondents’ perception of the economy. The results suggest Canadians are deeply pessimistic about the overall economy but less so about their own financial situation—suggesting governments’ massive intervention to shore up Canadians’ finances may be having an effect on public perceptions.

The crisis is hitting home. Some 47 per cent say their household has faced a negative financial impact from the pandemic, and 39 per cent say someone in their house is working fewer hours or has lost work entirely. And 48 per cent say they believe the economy is headed into a “severe” recession, up from only 11 per cenrt a month earlier and the highest level ever in Innovative’s tracking.

For all that, respondents’ confidence in their own household finances is down only four points from last month, at 57 per cent.

The results of the Innovative Research Group survey are from an online sample of 2,411 adult Canadians, March 24 to 26. Results are weighted by age, gender and region to ensure that the overall sample’s composition reflects that of the actual population according to Census data. Since the online survey was not a random probability-based sample, a margin of error cannot be calculated.