‘I just thought, I gotta get out'

Brian Bews, a CF pilot, on the time he used the ejection seat

Like every fighter pilot in the Canadian Forces, Brian Bews was taught to operate a device he’d probably never need: an ejection seat. “Ejecting is such a rare occurrence that you don’t ever think you’ll use it,” says Brian, who has spent hundreds of hours strapped inside the cockpit of a CF-18 Hornet. “We always take the training very seriously, but in the back of your mind, you’re thinking: ‘Well, what are the chances?’”

Not so slim, as it turned out.

A captain back in 2010, Brian was stationed at CFB Bagotville, flying mostly NORAD patrol missions. Come summertime, he and his supersonic jet also worked the weekend air show circuit, wowing crowds down below. On July 23, a cloudy Friday, the venue was the county airport in Lethbridge, Alta. “It was media day,” he recalls. “It’s basically day one of the air show, but the public isn’t there. From a pilot’s point of view, it’s a chance to practise your routine at the new airfield.”

Brian ripped down the runway just before noon as multiple cameras recorded his aerial rehearsal. “The jet was working really well,” he remembers. “I was just doing my show like I’d done more than 50 times before.” After a standard high-speed pass, Brian repositioned the Hornet for his next manoeuvre: a so-called “High-Alpha” pass. Simply put, he was supposed to come in slow and low (more Cessna than fighter jet, as he describes it) with the tip pointing 45 degrees toward heaven.

He was barely 90 m above the airstrip when it happened: one of the jet’s engines suddenly went dead, spiralling the Hornet straight toward the pavement. “I applied full power,” Brian recalls. “I got full power out of the left engine and basically nothing out of the right. There really wasn’t a whole lot of time to think. When I saw the nose of the jet point at one of the big white tents at the airfield, I just thought: ‘I gotta get out.’ That’s when I pulled the handle and went for a ride.” 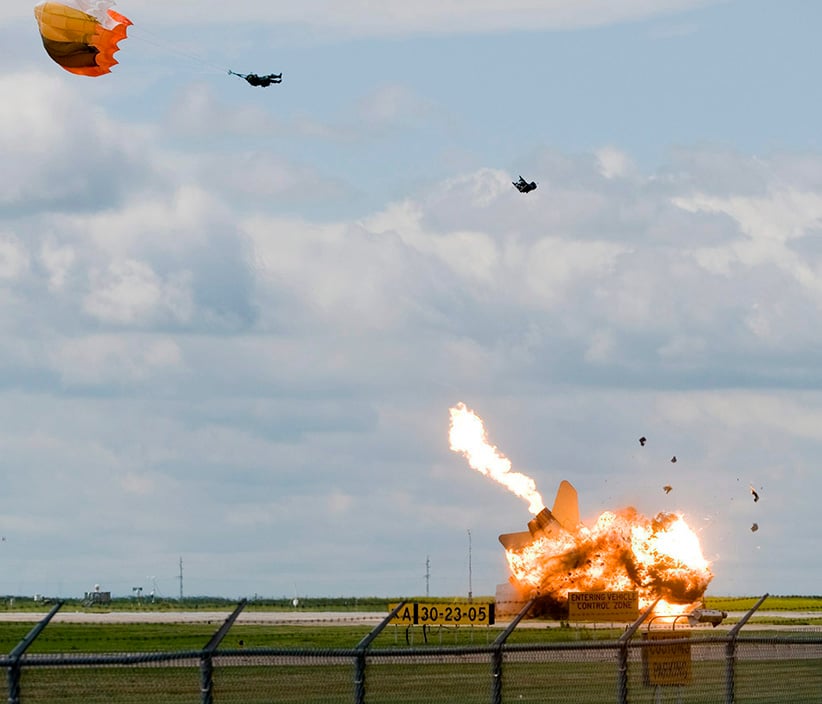 As the footage confirmed, it was the slimmest of escapes. Brian’s rocket-propelled ejection seat blasted out of the cockpit just 1.8 seconds before his jet smashed into the ground and burst into flames. “That wasn’t my day to go,” says the 42-year-old, now a major. “There were a lot of things that could have gone differently, so I’m just happy to be here.”

Today, Brian is stationed at CFB Moose Jaw, where he teaches the military’s next generation of CF-18 fighter pilots. Among his instructor duties is the ejection-seat training course. “I watch that video a lot,” he smiles. “The thing I teach my students is: when you’re strapping into an ejection seat, you need to plan on using it that flight. That’s the big takeaway. I really took the ejection seats for granted right up until that point.” — Michael Friscolanti