Maclean's editorial: What the Andrew Potter affair was really about

Maclean’s continues to believe in the vital importance of a free and open exchange of ideas and opinions—even if McGill University does not. 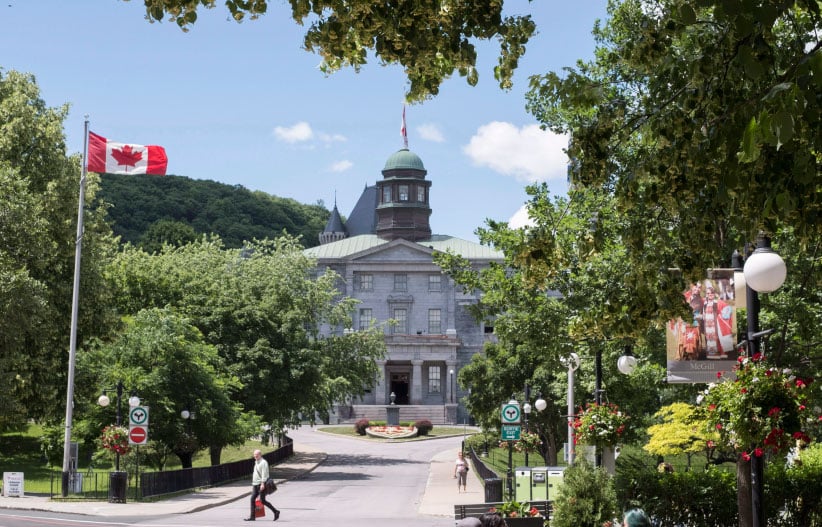 McGill University campus is seen Tuesday, June 21, 2016 in Montreal. The author of a controversial article about Quebec that appeared in Maclean’s magazine this week has stepped down from his post at McGill University.Andrew Potter said in a social media post Thursday his resignation as director of the Institute for the Study of Canada was effective immediately. (Paul Chiasson/CP)

Here’s a highly provocative thing to say at this juncture: Maclean’s and McGill University, not so different.

We’re both in the business of ideas. We both like to stock our ranks with extraordinarily smart people who have interesting theories, opinions, approaches and ways of looking at the world. We probe, we investigate, we accumulate knowledge and facts, all in the name of higher ideals. For McGill, those higher ideals are education, knowledge, excellence. For Maclean’s, they are journalism, democracy, civil engagement.

We’re both in the business of the passionate pursuit of truth. But last week McGill chose a different—and in our view deeply troubling—path.

The background here hardly needs repeating—it is on the front-page of your newspaper, in your Twitter feed and everywhere on Facebook. The initial opinion piece Mr. Potter wrote for Maclean’s magazine is here. There were two errors of fact in the piece, which were quickly corrected. Mr. Potter offered an immediate apology, saying “I regret the errors and exaggerations in what I wrote, and I’m very sorry for having caused significant offence.” Maclean’s magazine did not apologize. We restated our support for Mr. Potter and his work.

McGill, for its part, disavowed the piece early and often. The day after the piece was published online, McGill tweeted: “The views expressed by @JAndrewPotter in the @MacleansMag article do not represent those of #McGill.” The next day, Mr. Potter resigned. Sources tell us he was left with two options: resign or be fired. The use of the word ‘resignation’ here is spurious. If you are handed a revolver then you’re being fired, simple as that. In repeated public statements, McGill has maintained that Mr. Potter resigned of his own volition.

What McGill and Maclean’s both have going for us is the belief, within our walls, that the people who pursue truth for us, on behalf of us, will be protected by us. In our case at Maclean’s, that means our journalists and opinion writers can do their work because they know they are safe. They can be provocative. They can be controversial. They can reveal confidential information. They can say unpopular things. If they are doing their jobs as capable reporters and informed opinion writers, they know we will stand by them. It is our duty. Mr. Potter has a standing invitation to write for us again.

The safety that results from this knowledge is the underpinning of academic freedom, too. McGill itself re-iterated last week: “The university and its officers have a duty to protect the academic freedom of its scholarly community, both individually and collectively, from infringement and undue external influence as well as to maintain the university’s institutional autonomy.”

Indeed. And yet against the backdrop of an incredible wave of political comment–Mr. Potter’s column was decried by the premier of the province and the federal heritage minister, as well as Quebec’s finance minister, who called for Mr. Potter’s dismissal—the university chillingly opted not to protect Mr. Potter from “external influence.” And in heeding the clamour, McGill also failed to maintain the university’s “institutional autonomy.”

Many of us have bruises to show for the last week—none more unfairly so than Mr. Potter, who finds himself out of the directorship, a dream post for which he was uniquely qualified. Maclean’s has taken its knocks too. The article was flawed. Along with correcting the factual errors, we apologized to Mr. Potter for an editing process that fell short. And McGill is wounded, now at the wrong end of an investigation by the Canadian Association of University Teachers, which pulls no punches when it says: “If the University did indeed cave in to external pressure and Professor Potter was pressured or coerced into resigning, this would represent one of the most significant academic freedom cases in recent decades. It is in everyone’s interest that all details surrounding Professor Potter’s resignation are revealed.”

McGill may do well to heed a journalistic credo: light is the best disinfectant.

Although critics have demanded we remove Mr. Potter’s article from our website, we will not. Maclean’s continues to believe in the vital importance of a free and open exchange of ideas and opinions—even when they offend, even when they are inconvenient, even when they are denounced. Even if the much-admired university at the centre of this case does not.

The rules may have changed at McGill, but they haven’t here.