'You could have equals living a relationship’

The most obvious description of Maureen McTeer’s place in the Canadian firmament is the narrow frame of reference she least deserves—that of her husband’s wife. Yes, she is married to Joe Clark, the 16th prime minister of Canada and former leader of the Progressive Conservative party in two separate stints over 13 years. Of course, that’s the way most people came to know her. But that label ignores Maureen’s considerable individual accomplishments—though it does hint at the tenacity and self-possession required to live a highly accomplished life alongside a spouse who casts a long public shadow.

FROM THE ARCHIVES: In 1983, Maclean’s profiled a then 30-year-old McTeer in “More than just a political wife”

Maureen is a lawyer who specializes in health policy and medical law. She authored two books on the law and medical ethics, along with a book for adolescents about the workings of Canada’s Parliament and a memoir entitled In My Own Name. The title of the memoir nods at one of the things that most flummoxed people when Maureen and her family were on the national political stage: the fact that she did not take her husband’s surname.

In her memoir, Maureen wrote about a luncheon for the Queen Mother in Halifax in 1979, during Joe’s nine-month stint as prime minister. Maureen attended on behalf of her husband, who was travelling; she was the youngest woman at the table by a long shot, and the others insisted on calling her “Mrs. Clark,” as though daring her to correct them. Following the meal, when Maureen escorted the Queen Mother to her limousine, the older woman paused and placed a hand on her arm. She seemed to sense her host could use some words of encouragement, and she told Maureen that she always advised her grandchildren to be themselves and do what they believed was best. “Don’t be bothered by criticism,” she said as she departed. “Good luck . . . Ms. McTeer.” Years later, Ms. McTeer recalled what the brief moment meant to her: “She would never know what strength her few words gave me that day.” 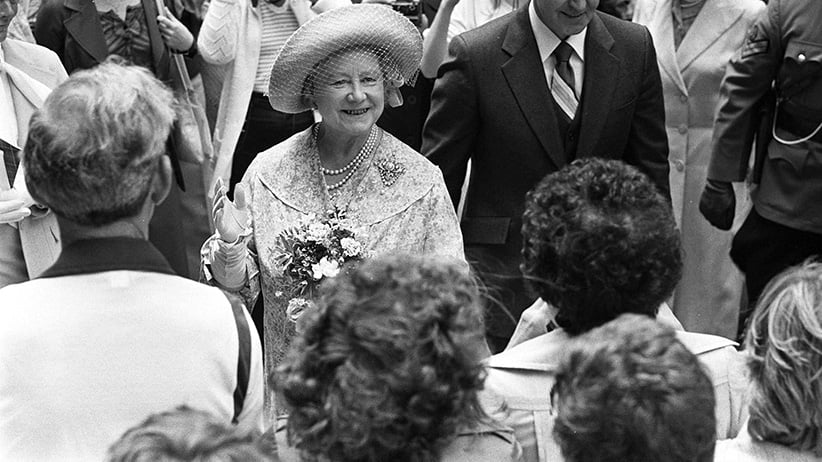 The Queen Mother call Maureen ‘Ms. McTeer’ when no one else would. (Denis Paquin/CP)

Even now, three decades on, Maureen is arguably the most progressive and independent prime ministerial spouse Canada has ever had. She was a feminist when that word was just a scary and confusing abstraction to most people. “I would like to think that one of the things we demonstrated was that you could have equals living a relationship and working it out,” she said after Joe had retired from politics. “I hope it is part of our legacy in terms of women’s equality, or people’s equality.” — Shannon Proudfoot