Margherita Buttiri’s story begins in Austria. Or Italy. Or Croatia. When she was born, her pictureseque, peninsular hometown, Rovigno, belonged to the Austrian Empire. Ten years later, it became part of the Kingdom of Italy. Today, it’s in Croatia. “And now I’m Canadian,” she jokes, “so I have four citizenships.”

Like Rovigno, Rita spent her early life switching from one place to the other. During the First World War, she and her Italian-speaking family—her parents, four brothers and two sisters—fled to a camp near Vienna, where they stayed for three years. Rita studied in the camp and, after the war, in Rovigno and Florence, but, as a member of a large family in dire economic times, she needed to work. She found jobs in a restaurant, a bakery and another store before the Second World War forced her, once again, to leave home. This time, her family migrated to a camp outside Napoli. But her stay wouldn’t be long; a month after arriving, a refugee organization arranged for her passage to Canada.

FROM THE ARCHIVES: Maclean’s portrait of Toronto’s Little Italy from March 21, 1964

“We spent 12 days in the ship, but it wasn’t bad,” Rita recalls. Despite rough seas, she could handle the voyage. To her, the true ordeal was leaving her family behind, having only her young niece by her side. After landing in Halifax, the two took a four-day train ride to Edmonton. It was a dark evening in January 1942 when the train pulled into the station, where a woman greeted Rita and took her back to her home; her niece, meanwhile, stayed with another family.

Rita stayed with her host family for nine months, sewing for textile companies for 50 cents an hour until she could afford a place of her own. For 32 years, she continued sewing, moving from one company to the next. “She has always lived a simple life, grateful for the little she has,” says Tim Senger, a family friend who looks after Rita in her one-bedroom apartment (her “castle,” as she calls it). He met Rita 30 years ago through his grandmother, with whom she played tile rummy every night between 7 and 9 p.m., without fail. Though Tim’s grandmother has since died, he and Rita still play on occasion. “She still beats me.” 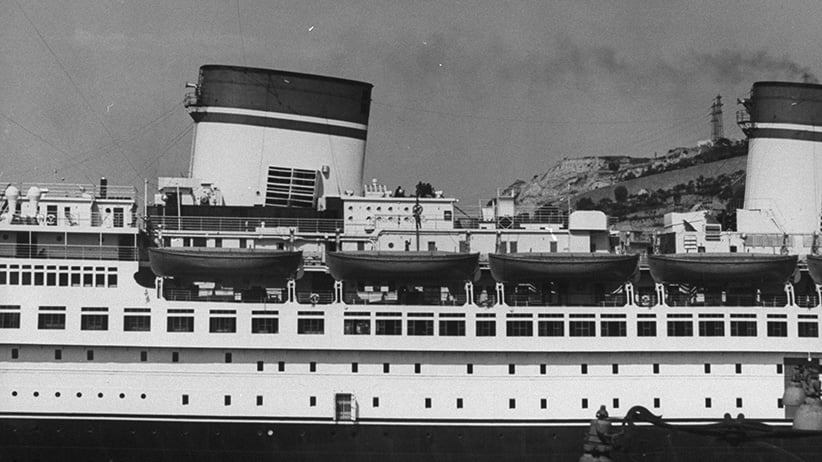 Since retiring, Rita has dedicated her years of experience to Knitting for the Needy­, a volunteer organization that makes winter wear and donates it to inner-city children. “She has always had purpose in her life, even without marrying and having children,” Tim says. Some even say that the single life is the trick to her longevity. Rita isn’t so sure. “Everybody says to me, ‘What’s your secret?’ ” she says. “I drink, I smoke, I dance. What can I say is my secret?” — Luc Rinaldi