Oops: The curious case of the wrong judge

At Ontario's highest court, a judge signed off on a 25-page ruling. The problem was, he wasn't one of the judges on the case's panel. 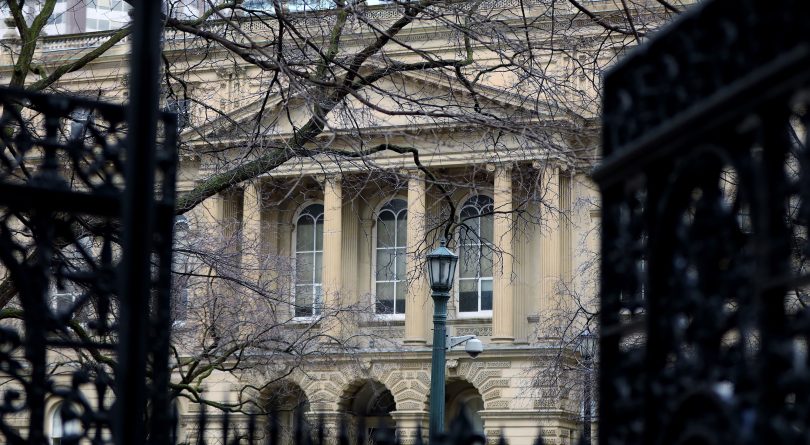 The Ontario Court of Appeal is seen in Toronto on Monday, April 8, 2019. (Colin Perkel/CP)

Appeal courts are, to put it roughly, in constant search for errors in judgement by lower courts. The error recently flagged by the Ontario Court of Appeal was an unusually grand one of their judges’ own making.

Ontario’s highest court issued an appeal decision in May, authored by Justice Kathryn Feldman and agreed to by two fellow judges, Associate Chief Justice Alexandra Hoy and David Paciocco. In it, the trio upheld the lower court’s ruling that a woman was entitled to $723,479.66 plus interest for mortgage guarantees she never received after a a failed Toronto townhouse investment. It seemed a decision like any of the other 1,500 cases the province’s appeal court handles with an ever-constant rotation of three- or five-judge panels.

The problem: Paciocco wasn’t on this panel—even if he did sign off at the end of the 25-page ruling. While the wrong judge signed this ruling, the right judge, Grant Huscroft, was left out. He” was not provided with either the draft judgment for review or the final judgment for signature,” the court revealed in a new decision authored by the correct panel three-judge panel.

The mistake went unnoticed until the ruling was already released publicly on May 27. The court deemed it not an actual judgment, and removed it from its website. “It is of no force or effect and has been withdrawn,” states the new ruling, issued Aug. 13—two and a half  months later.

The two sides in the dispute will now get a new appeal with a different appeal panel, but they’ll have to cover their own legal costs for the do-over. This situation was uncharted territory for the Ontario judiciary. But the state also does not cover parties’ legal costs for new trials after mistrials due to errors in judgment or processes.

The court’s follow-up ruling does not explain how this happened nor did an official’s response to Maclean’s queries.

“We regret that this error occurred,” Falguni Debnath, its senior legal officer, wrote in an email. “We have several procedures in place to prevent such mistakes and this is a rare occurrence. We also regret the inconvenience and added costs for the parties.”

Before announcing the withdrawal of the judgment signed by the wrong judge, the side that won the appeal proposed that Husworth review and either assent or dissent from the judgement, having missed his chance earlier. Feldman, Hoy and Huscroft ruled the decision-making had been compromised and “this cannot now be corrected.”

This appeal was heard last November, after which the three judges would have deliberated. Feldman took on the assignment of writing the decision. Typically, after one judge writes a judgment, it normally gets circulated to the fellow panelists for comments—anything from grammatical to substantive. After the back-and-forth of comments, the final decision is recirculated for the judges’ signatures, and then court staff would process and release the decision.

The investor’s lawyer declined to comment, and the appellant’s counsel did not reply to a request.

It remains unclear where in the court’s clerical or administrative process the mistake or mistakes occurred, or how Paciocco, a well-respected jurist educated at Oxford University (according to his biography) managed to sign off on a case he didn’t otherwise participate in.

“I’ve never seen this happen. I think it’s a unique situation, and there is no precedent for it,” says Mark Gelowitz, a litigation partner at Osler, and co-author of a book on Canadian appeal courts.

The court has to protect the integrity and confidentiality of its internal processes, and did the right thing in ordering a new panel, he said. Gelowitz also noted the high volume of cases Ontario’s appeal court handles, with various permutations of panel judges. Feldman, Hoy and Paciocco, did preside together on at least three appeals since 2018, according to a search of a decisions database.

It’s obviously “not good,” but nor should this one-off mistake be seen as anything more than that, says Allan Hutchinson, a professor at Osgoode Hall Law School. “What some people forget is courts are just workplaces, like my case universities, your case a media outlet,” he says. “Errors occur. Judges just like me and you make errors.”

What’s encouraging, says veteran criminal lawyer Frank Addario, is “they came clean about it. You like to think your checks and balances are sufficient but when they are compromised, it’s newsy.”