At UBC, the athletics department is working with local First Nations to decolonize and Indigenize sport. They have a new tagline and are introducing renewed storytelling about how the Thunderbirds—the school’s varsity teams—got their name. 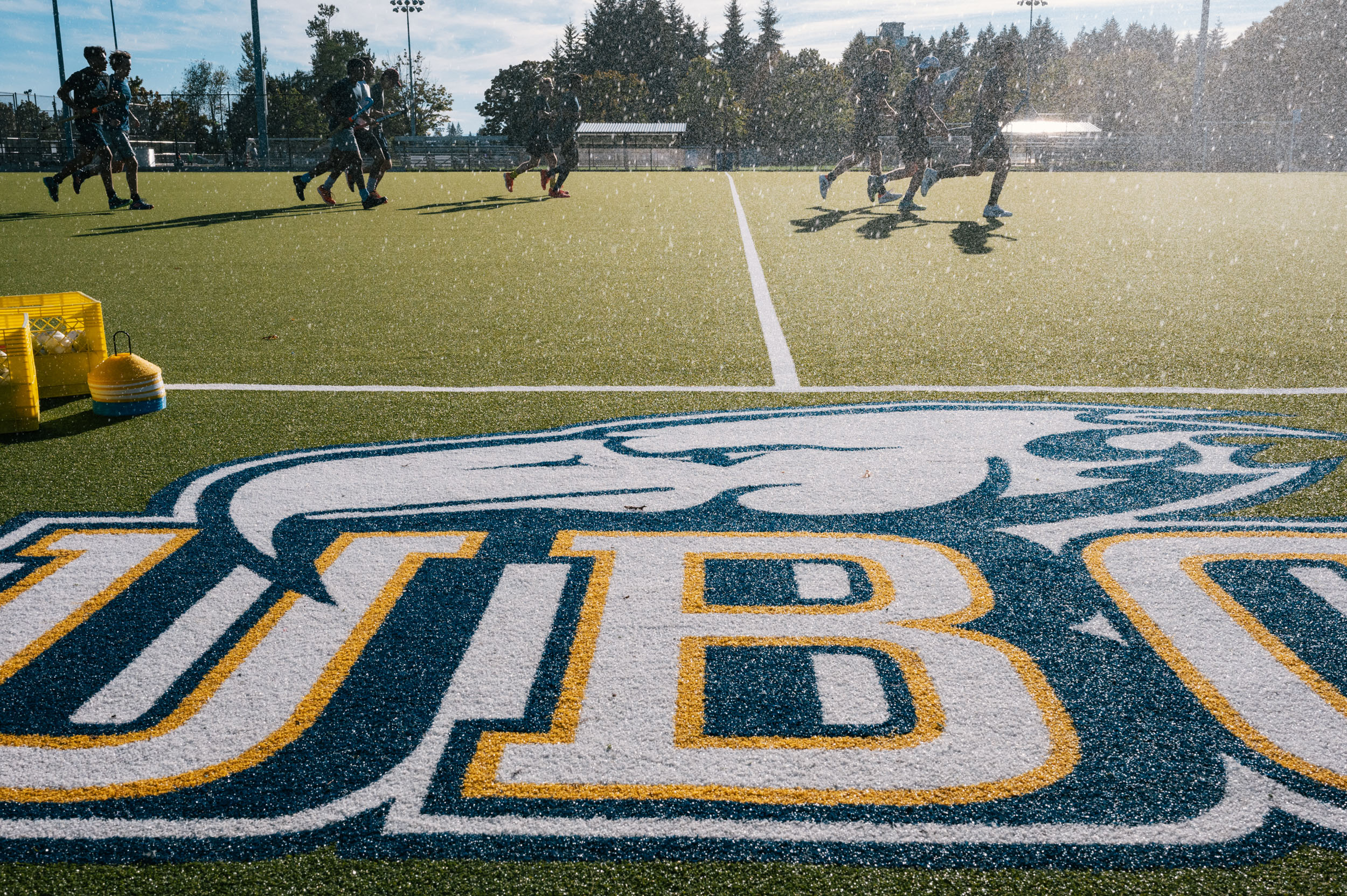 At the heart of the University of British Columbia campus at University Boulevard and East Mall, the excitement is palpable. Orientation leaders gather with small groups of students to provide guidance for all things campus and class-related. Above the steady stream of traffic stands the highly visible Musqueam house post, sʔi:ɬqəy̓ qeqən, created by Brent Sparrow Jr. and representative of the Musqueam Nation and its history. It serves as a reminder that UBC resides on stolen and unceded Musqueam territory.

Today, I am on campus, learning about UBC’s history and meeting with fellow alumnus Kavie Toor, who was appointed managing director of athletics and recreation in March 2020. Toor hopes to bring a different way of thinking about the impact of varsity sports to the UBC community. “Not sport for sports’ sake, but an agent for excellence, health and well-being, community building and reconciliation,” he says. 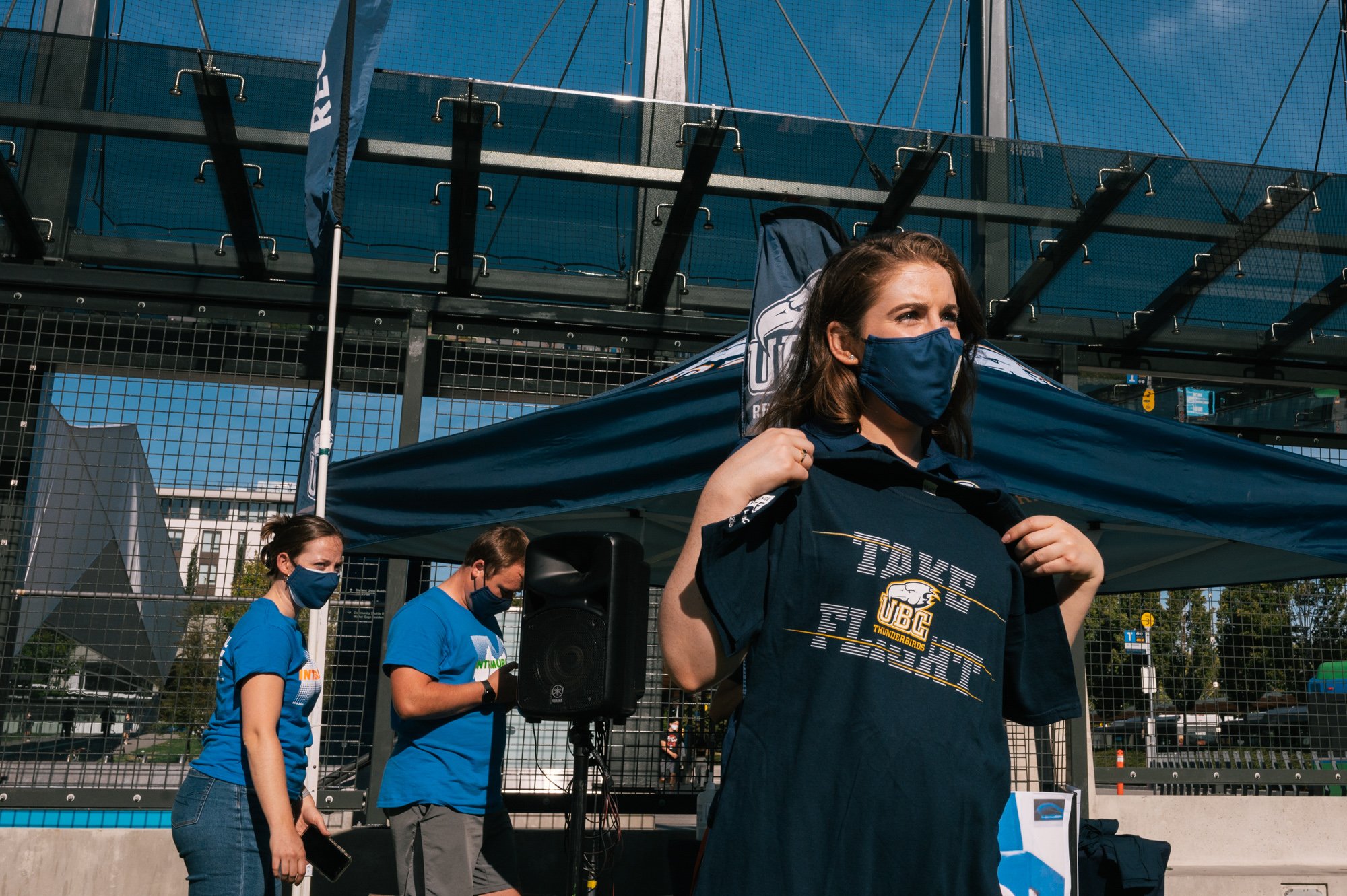 Across campus at Brock Hall stands the Victory Through Honour pole. At the top is a figure known as the Thunderbird, a powerful mythical creature. Lou-ann Neel, a curator for the Royal B.C. Museum, says the pole was created by her grandmother, Ellen Neel, and based on the Kwikwasut’inuxw origin story of the five tests of Tsikumayi (Cedar Man). She understands this story to be about the human condition and overcoming great challenges. 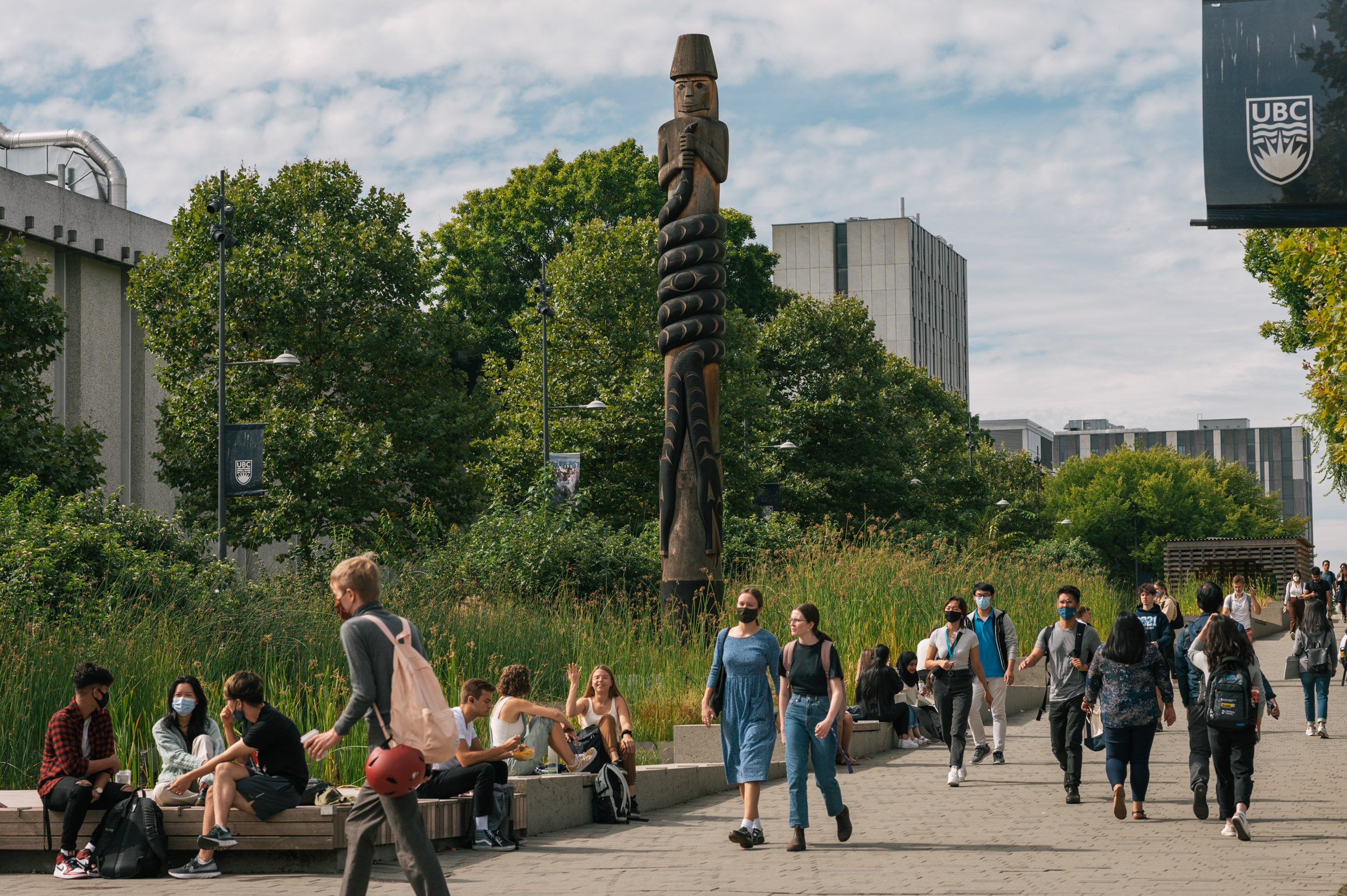 “Thunderbirds” is the name first chosen by student athletes in 1933 without consultation or permission from Indigenous communities. But in 1948 Chief William Scow of the Kwakwa̱ka̱ʼwakw people gave the school permission to use the name with a traditional ceremony during a homecoming football game and Ellen Neel gifted her carving of the Victory Through Honour pole. “It was and still is, unfortunately, a common practice for people to borrow or appropriate native names,” says Neel. “My grandmother obtained a copyright certificate for the written legend, so [copyright] prevents others from reinterpreting it away from the original story.” The pole was originally raised with the permission of the Musqueam people, and after repeated vandalism and decay, a replica carved by Calvin Hunt, Mervin Child and John Livingston was raised in 2004 and again given permission at a rededication ceremony. 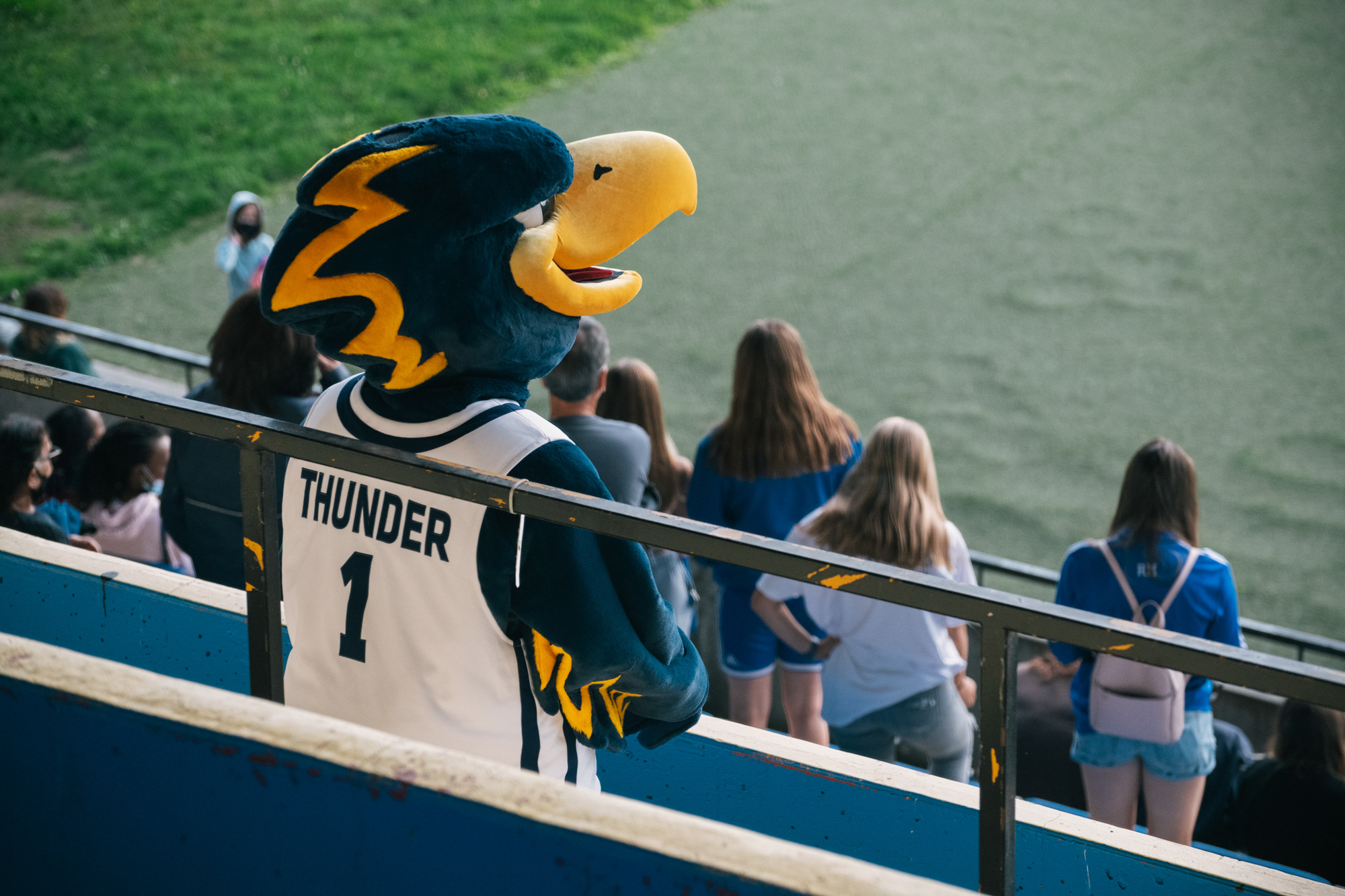 This year, UBC is introducing a new tagline for its athletics programs—“Together, we take flight”—along with renewed storytelling about the Thunderbird name. Toor hopes to continue its legacy by helping revitalize pride in its rich Indigenous history. He hopes this pride will fuel a new approach to reconciliation within his department: decolonizing and then Indigenizing sport. 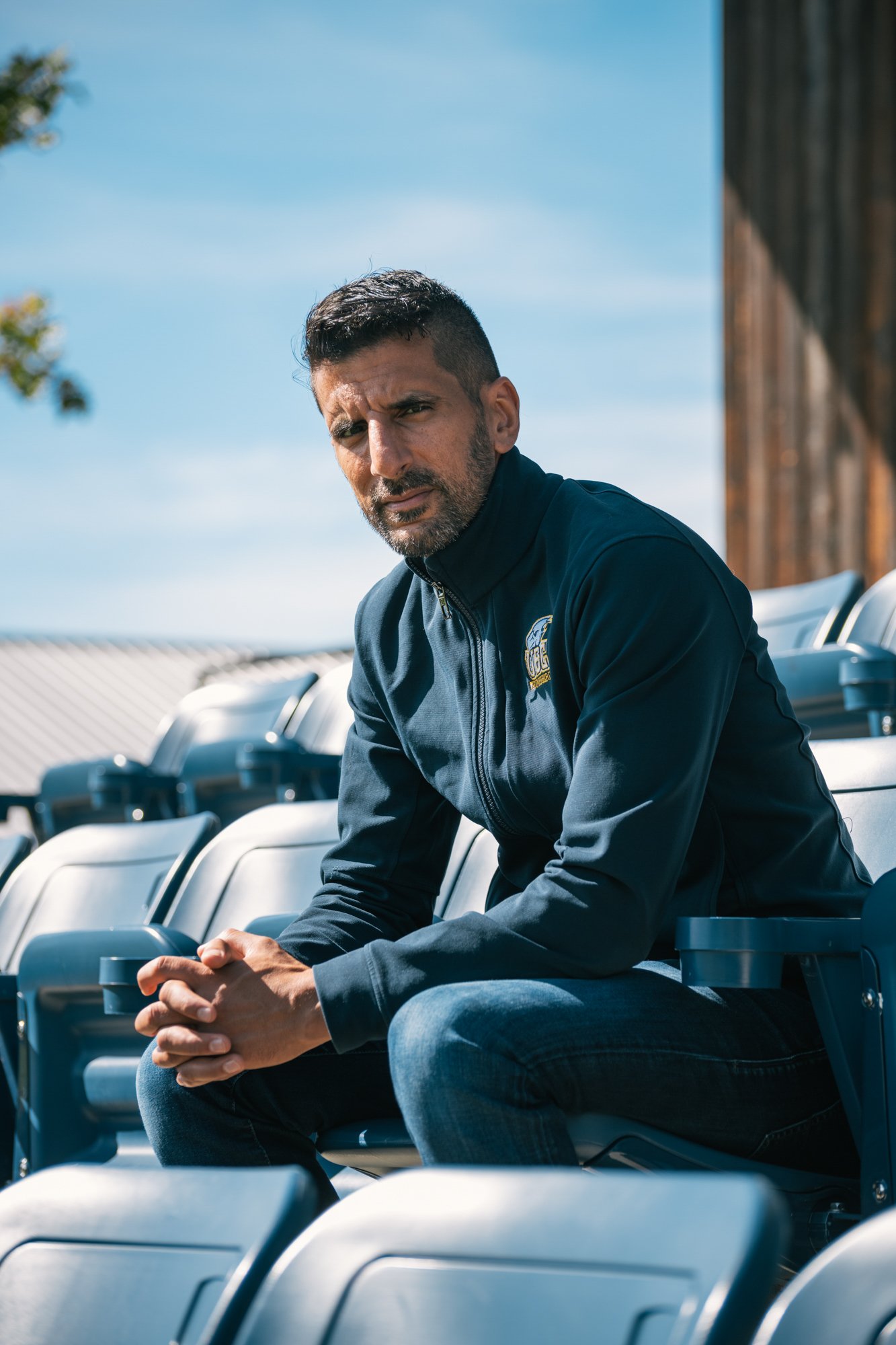 “Decolonizing is stripping away barriers to access that would normally exist within this institution,” says Toor. For instance, collaboration with the Musqueam community led to the creation of the Musqueam family night aquatics program, where each week, Indigenous leaders provide lessons that focus on water safety and promote sport. To Indigenize, Toor says the first step is for UBC—administration, faculty, staff, students and graduates—to acknowledge its part in perpetrating harm toward Indigenous people, even through unconscious complicity. 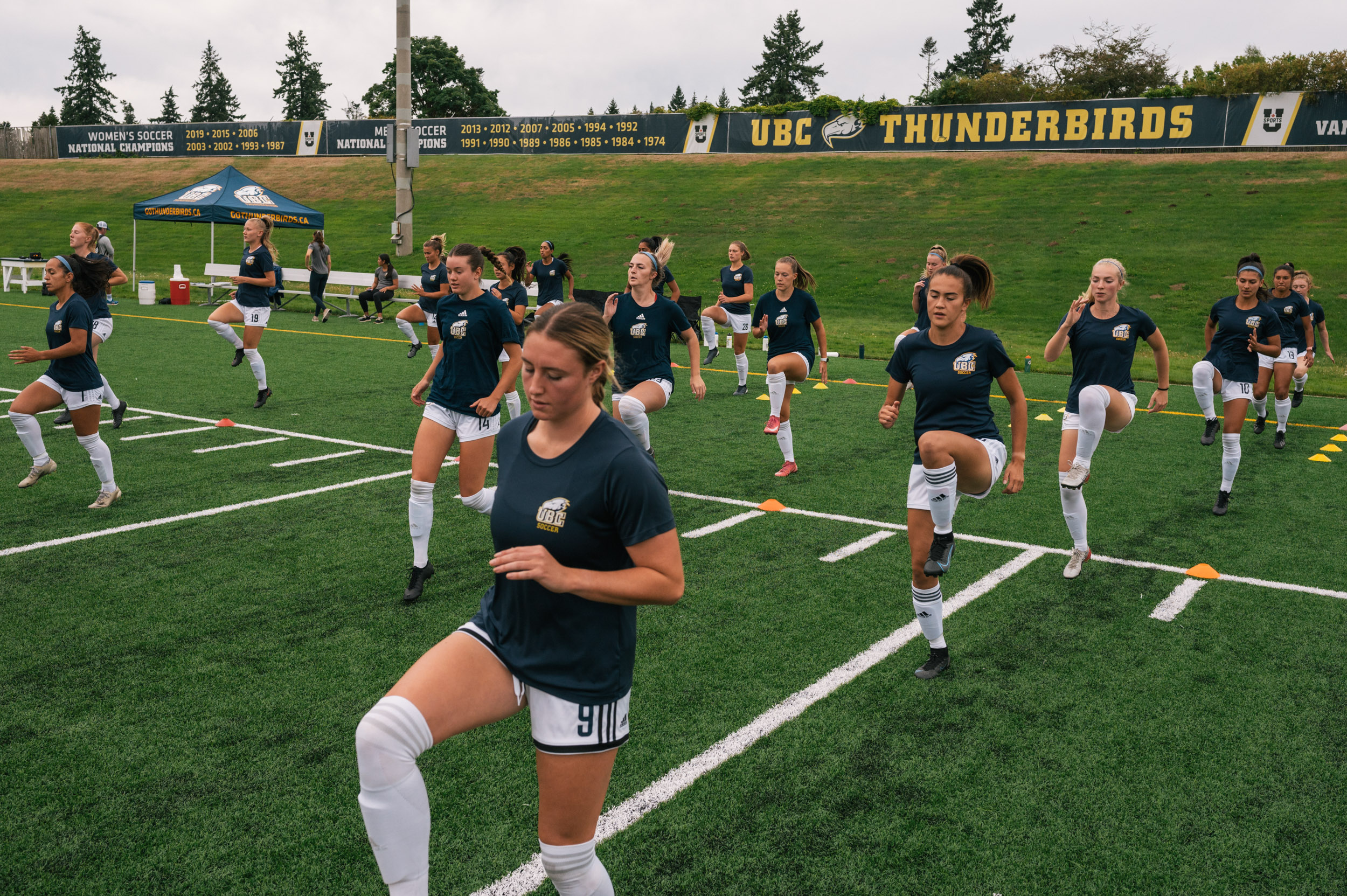 Toor intends to have the department align with UBC’s Indigenous Strategic Plan and carry out initiatives in equitable partnership with the Musqueam people. The Great Trek Festival is an annual running race through Musqueam territory to celebrate the shared history between UBC and the Musqueam people; a run clinic to promote healthy activity is hosted within the Musqueam community as a part of this partnership. Students are also invited to performances by Indigenous artists and presentations from the university’s Indian Residential School History and Dialogue Centre. “This collaborative work should be part of the legacy we create and uphold,” Toor says.

This photo essay appears in print in the 2022 University Rankings issue of Maclean’s magazine with the headline, “Taking flight, together.”