Two years after the discovery of the Franklin Expedition's Erebus, the Terror has also been found—forcing a rethink of the doomed mission.

It took more than 165 years to find the first of Sir John Franklin’s missing ships in Canada’s High Arctic, but only another 24 months to find its doomed companion.

Adrian Schimnowski, the director of operations for Jim Balsillie’s Arctic Research Foundation, confirmed that earlier this month he and nine crew members aboard the research vessel Martin Bergmann found what’s believed to be HMS Terror in a bay off King William Island. The Victorian-era ship is described as being in “perfect shape.”

The big discovery was made after Sammy Kogvik of Gjoa Haven—a Canadian Ranger acting as a guide onboard the Bergmann—told Schimnowski a story about a wooden mast he had spotted sticking out of the ice seven years earlier while on a fishing trip. “We changed our mission because we heard a compelling story from Sammy,” Schimnowski says. “It was like an arrow pointing the way.” 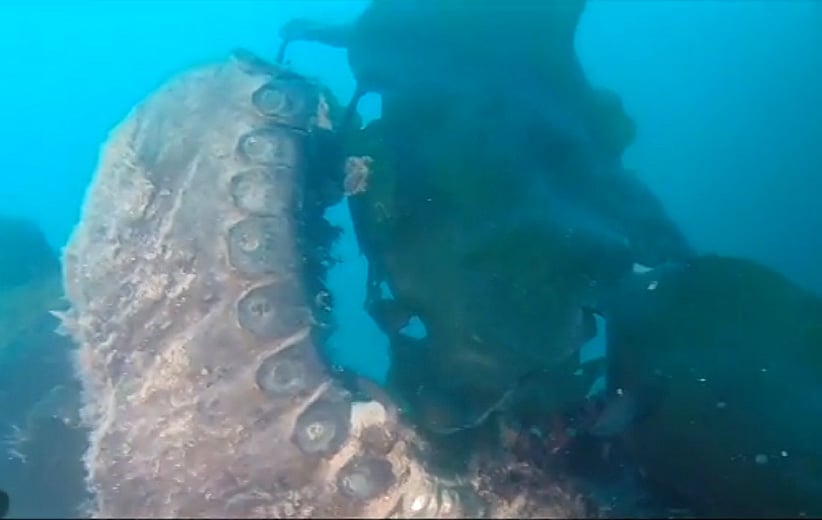 The Terror’s sister ship, HMS Erebus, was discovered by Parks Canada archeologists two years ago. It was found in 11 m of water in the Eastern Queen Maud Gulf, further to the south. Divers from Parks Canada have subsequently explored the well-preserved wreck and recovered several artifacts, including the ship’s brass bell.

MORE: How HMS Erebus—and Jim Balsillie—plan to sell the North

Franklin and his men abandoned Erebus and Terror on the northwest coast of King William Island in 1846 after they became frozen in the ice, although this latest discovery has raised new questions about whether they may have later tried to re-crew one or both of the vessels and sail south to safety. Franklin, an experienced Arctic explorer, and his 128 crew members all perished after spending two winters in the unforgiving Arctic—some apparently resorting to cannibalism to survive.

The mystery of the lost Franklin expedition, which originally set out to map the fabled Northwest Passage, captivated the imaginations of researchers and explorers for more than 100 years—in part because it was among the most experienced and well-prepared Arctic expedition of its time. Subsequent expeditions turned up only parts of the morbid tale, including bones, and a note stuffed in a cairn confirming Franklin’s death. 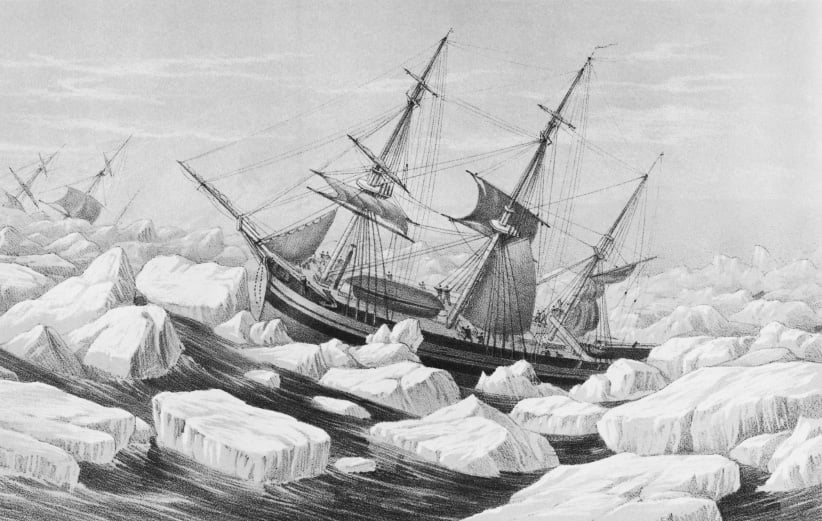 Illustration of the HMS Erebus and HMS Terror stuck in the ice pack. (Getty)

Two years ago, with the encouragement of former prime minister Stephen Harper, Ottawa launched a renewed, multi-agency effort to find the two missing ships—and hopefully answers about what, exactly, happened to Franklin and his men—with the help of Balsillie’s foundation.  “Solving the mystery of the Franklin Expedition allows us to honour the brave men who died in our harsh Northern environment attempting something very noble,” Balsillie said in a statement Monday. “It’s also an opportunity to shine a light on this strategic part of our great country, including the Indigenous people who occupy the High Arctic.”