Some say anti-elitist populism is sweeping Canada. Don't believe them.

The latest Samara Centre survey suggests Canadians' faith in their leaders and public institutions is growing, not dwindling 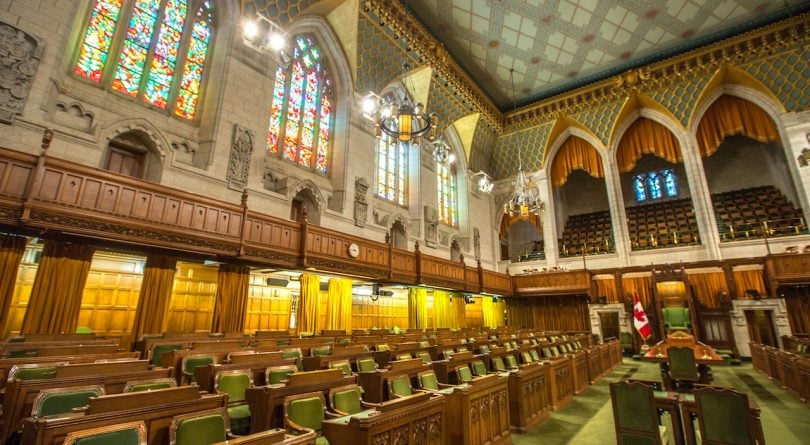 It’s a question that has perplexed political scientists, the punditry and quite a few politicians. What is it about Canada that has allowed this country to dodge the populist waves engulfing the United States, the United Kingdom and no small swathe of the European continent? The question commonly arises in tandem with warnings, or threats, that the spectre of populist mobilization is on the near horizon, or that it’s already upon us.

Well, hold on a minute.

For starters, it’s helpful to recall that we’ve already been there and done that. A populist wave swept Canada back in the early 1990s, and it crashed on the rocks of a broken Progressive Conservative Party, failed to breach Ontario and Quebec, and spent its power in schism, factionalism and failed image makeovers. Eventually the movement dribbled back into the reconstructed Conservative Party of Canada, in 2003, and it had withered enough by 2006 to clear the way for Stephen Harper to win his first minority Conservative government.

As for a rejuvenated Canadian populism arising as an echo of Donald Trump’s Make America Great Again histrionics, or as a replication of the English nativism that reduced Britain to the shambles of Brexit, or as a copycat craze inspired by the gilets jaunes upheavals in France or the oddball populist poll victories in Italy, Hungary and most recently in Spain—don’t count on it. At least don’t count on it arising organically from an alienated and fed-up populace.

RELATED: Is America really having a crisis of trust? Or is it just becoming more Canadian?

That’s the takeaway point in the Samara Centre for Democracy’s latest number crunching from its extensive 2019 Democracy 360 series, a project Samara undertakes every two years to analyze the way Canadians communicate, participate, and lead in politics. As it turns out, populism is not on the rise in Canada—except perhaps as a stalking horse for politicians. Samara’s new report, titled “Don’t Blame ‘the People’: The Rise of Elite-Led Populism in Canada,” finds that the usual indices for populist alienation have been in steady decline since the Reform Party heyday of the 1990s. Politicians and some journalists are speaking the language of populism again, but by and large, the public isn’t. Not by a long shot.

Back in the mid-1990s, the Canadian Election Survey found that roughly 75 per cent of Canadians agreed with the statement, “I don’t think the government cares much what people like me think.” Samara’s finding, based on its survey of more than 4,000 Canadians earlier this year, finds that fewer than 60 per cent of respondents agreed with the statement.

It should be disturbing to anyone who values the Charter of Rights and Freedoms that four in 10 Canadians agree that “the will of the majority should always prevail, even over the rights of minorities.” But the upside is that fewer Canadians hold to that view than in 2011 (six in 10) or in 2001 (seven in 10).

RELATED: Canada is a tinderbox for populism. The 2019 election could spark it.

Foreign Minister Chrystia Freeland has given voice to the concern that public anxieties about “the elites” could rattle the western consensus that the rules-based liberal world order needs to be defended. Former Prime Minister Stephen Harper has written a book about the growing trend in populism and how to harness it, from a conservative standpoint, for the public good. Former New Democratic Party leader Ed Broadbent warns that “the elites” are standing in the way of necessary economic and political redistribution. Since the 2015 election of the Liberals’ Justin Trudeau, “the elites” have come up in Parliament in 13 per cent of its sitting days. That’s up from three per cent during Harper’s term in power.

People who bang on about the elites also tend to whinge a great deal about “the mainstream media,” but in Canada, most people aren’t so inclined. The latest annual Edelman Trust Barometer, an opinion survey of 33,000 people in 26 countries, finds that Canadians are not losing faith in the news media, and Canadians show a higher rate of trust in journalism than respondents in just about every other country surveyed.

The Samara Centre defines populism as a style of doing politics and a set of attitudes and beliefs about politics and society. Populist leaders imagine politics as a conflict between two groups, usually “the elites” wielding largely unaccountable power over “the real people.” This can be fatal to democratic institutions, and populists who win elections quickly develop the habit of using people-power as a mere pretext to use the instruments of the state to go after judges, academics, journalists, political adversaries—anyone who stands in their way. And populism is by no means solely a phenomenon of right-wing politics, Michael Morden, research director at the Samara Centre, told me.

RELATED: Fake video is a big problem. And it’s only going to get worse.

The anti-capitalist “left” mobilized hundreds of thousands of people during the 1990s to huge demonstrations against “the elites” of the World Trade Organization, the International Monetary Fund, the World Bank and other anchors of the liberal world order. But popular antipathy to those institutions ended up being harnessed most successfully in the U.S. by Donald Trump.

“Populism has been used to give licence to different kinds of radicalism. I think blame should be apportioned across the spectrum,” Morden said. “If you want to create more racists, then you generate a narrative that there’s more racists in society than there really are.”