Something must be done about the Thunder Bay police

An unprecedented report says ‘systemic racism’ exists within the force, and that there was ‘neglect of duty’ among investigators. Is it beyond fixing? 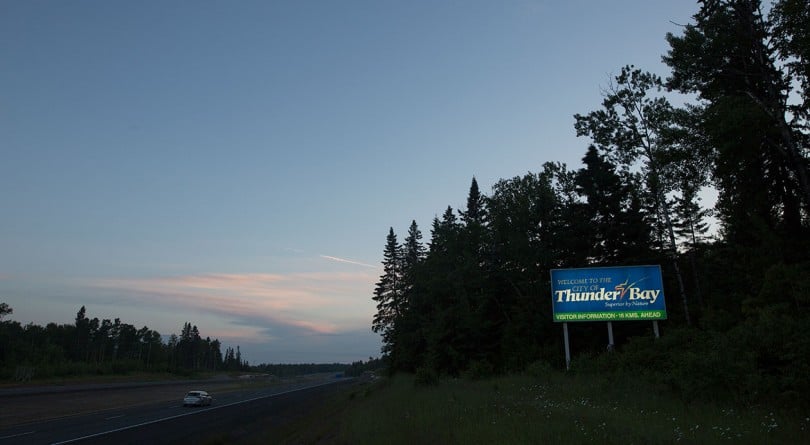 In October 2015, Stacy DeBungee, an Ojibway man from the Rainy River First Nation, was pulled from Thunder Bay’s McIntyre River. His name was added to the likes of Jethro Anderson, Reggie Bushie, Robyn Harper, Kyle Morriseau, Paul Panacheese, Curran Strang, Jordan Wabasse and others­­—all of whom were found dead in the same city under suspicious circumstances, and all of whom, young and Indigenous, were the subject of a months-long coroner’s inquest in 2016.

The Thunder Bay Police Service mishandled DeBungee’s investigation, declaring it “non-criminal” before an autopsy, hours after his body was recovered, and failed to follow important leads that suggested his debit card had been used after his death, according to a report that came out earlier this year from the Office of the Independent Police Review Director (OIPRD), which oversees complaints about police in Ontario.

Following the case, the OIPRD launched an investigation into the Thunder Bay police force’s conduct. “One would have reasonably expected that investigators would be particularly vigilant in ensuring that the investigation of the sudden death of an Indigenous man found in the river was thorough and responsive to the community’s concerns,” the report read. “Unfortunately, the opposite was true here.”

The report confirmed what First Nations people in the northern Ontario city had already worried—that police devalued their lives. “It’s obvious in this case that somebody made the assumption that it’s just another drunk Indian rolling in the river,” said Rainy River’s former chief. DeBungee’s death, along with the concerns and complaints that shadowed the botched investigation, launched another two-year probe into the police force’s handling of Indigenous deaths over several years.

READ MORE: The troubles in Thunder Bay should trouble all Canadians

On Wednesday, in front of a room of concerned citizens that cheered with each profound revelation, the OIPRD released the findings of its latest unprecedented report. And a dark conclusion was reached: systemic racism exists within the Thunder Bay Police Service. “The failure to conduct adequate investigations and the premature conclusions drawn in these cases is, at least in part, attributable to racist attitudes and racial stereotyping,” wrote Gerry McNeilly, the head of the OIPRD. “Officers repeatedly relied on generalized notions about how Indigenous people likely came to their deaths and acted, or refrained from acting, based on those biases.”

McNeilly examined allegations of racism within the force pertaining to its dealings with Indigenous victims and families, describing a long-fractured relationship—a “crisis of distrust”—between Thunder Bay’s police and First Nations people. He looked at more than three dozen investigations into the deaths of Indigenous men and women dating back to 2009, including the names of the seven students involved in that 2016 coroner’s inquest.

McNeilly notes in the report that the findings do not suggest all Thunder Bay officers engaged in “intentional racism,” instead he found that “systemic racism exists at an institutional level.”

Perhaps more alarming, the report calls for “at least” nine cases to be reopened and reinvestigated, a number that includes four of the death investigations from the 2016 inquest.

McNeilly pointed to a lack of expertise, experience, training and a “neglect of duty” among investigators and officers, compounded by a careless disregard when handling autopsy reports and case files. He noted that a lack of communication with other police forces has often led to Thunder Bay police officers working in “silos.”

The report makes 44 recommendations, many of which are reiterations from previous reports and inquests that the Thunder Bay police force has somewhere in its offices. And there will be one more soon: Senator Murray Sinclair, who chaired the Truth and Reconciliation Commission, is investigating the Thunder Bay Police Services Board on behalf of the Ontario Civilian Police Commission.

In addition to the nine reinvestigations, it makes clear that a team should be formed to determine whether DeBungee’s case and others should be reopened. Among some of the more pertinent suggestions, the city’s police department is urged to undergo a “peer-review process” by another force for at least three years, to contract out some of its investigations, to improve almost every facet of its operation and for its leaders to “publicly and formally acknowledge that racism exists at all levels within the police service.”

The problems for the city’s police force go beyond its investigations involving Indigenous people. Its former police chief, J.P. Levesque, was charged with obstructing justice and breaching trust in 2017 (the charges were dismissed earlier this year). Levesque returned to work and retired in April. Over the years, Levesque had heard repeated calls from First Nations leaders to step down. Sylvie Hauth, the former deputy chief, took over the role in November, despite a nationwide search for a new boss.

In response to this week’s report, Hauth said in a statement: “I take this report very seriously. I have been very upfront in terms of my commitment and dedication about where we stand on the reconciliation process. Trust is very important and regaining that trust has been at the forefront of my new role.” She added that the force has “introduced a number of initiatives” over the past two years. Those include better community policing and efforts to recruit Indigenous officers.

“This report is as tragic as it is unsurprising, and it reinforces what First Nations have been saying for years—systemic racism is clearly something that needs to be addressed in a profound and substantial manner,” said AFN National Chief Perry Bellegarde.

The city of Thunder Bay is at an impasse. A decision will inevitably have to be made about what to do next because the question in front of its council is unambiguous.

If the problem within its police force is systemic, if it’s rooted at all levels within the department, then is the Thunder Bay Police Service worth keeping in its current form? Does the force need to be entirely reorganized and reimagined from the bottom up? And would that even go far enough to address the depth of the problem in Thunder Bay? Julian Falconer, the lawyer for the DeBungee family and the Nishnawbe Aski Nation, which represents 49 First Nation communities in northern Ontario, said if the police force doesn’t implement all of the recommendations in three years, it should be disbanded.

The threat of violence and racism also goes beyond the men and women in uniform. In 2015, one-third of the hate crimes directed at Indigenous people in Canada occurred in Thunder Bay, according to Statistics Canada. Nearly 13 per cent of its roughly 110,000 residents are Indigenous. Last year, a trailer hitch thrown from a moving vehicle took the life of Barb Kentner, a member of the Waabigon Saaga’igan Anishinaabeg (Wabigoon Lake Ojibway Nation). It’s not the last horrifying incident to grab national headlines, and seems tragically unlikely to be the last.

Chiefs have tried to convince the RCMP and the Ontario Provincial Police to investigate the deaths of Indigenous people before. Vested with the responsibility to “serve and protect,” police officers in Thunder Bay have failed to fulfill this duty for a vulnerable segment of its population, and Wednesday’s report, fittingly titled “Broken Trust,” will do anything but reconcile the racism and discrimination they’ve encountered at the hands of law enforcement over the years.

In the OIPRD’s interviews with Thunder Bay police officers, some “exhibited a contempt bordering on hostility toward Indigenous people.” Their views are described in the report as “very disturbing” and they were expressed by “more than a few bad apples.” If that’s the case, then perhaps it’s time the city of Thunder Bay look elsewhere.

CORRECTION, DEC. 13, 2018: An earlier version of this story stated that all of the victims in the 2016 coroner’s inquest were found in Thunder Bay’s McIntyre River. In fact, only Reggie Bushie, Kyle Morriseau and Curran Strang were recovered there.