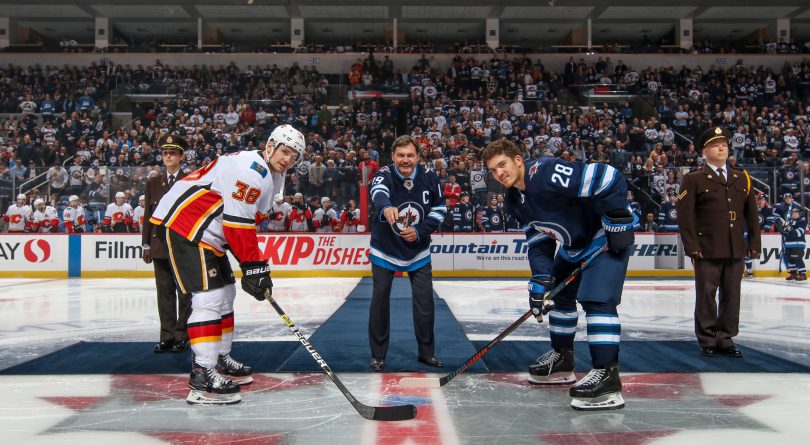 By the time the doors of the Manitoba Law Courts opened to the public at 8:30 a.m., Rowan Greger had been standing in line for more than two hours.

“I thought maybe I could have slept in a little bit longer, but I was really excited,” he says. “It’s a chance to see the real justice that sets precedent in our country and sets common law. It’s amazing.”

The former court clerk and ﬁrst-year law student was one of hundreds who lined up in downtown Winnipeg for the chance to witness the Supreme Court of Canada hear cases outside Ottawa for the ﬁrst time in its 144-year existence. Some, like Rachel Hubner, pulled their kids out of school for the historic event.

“It’s a once-in-a-lifetime experience for our kids to actually see the people who are making decisions that impact our lives,” says Hubner, who brought her two sons to the Wednesday-morning session. “It’s worth it.”

Getting the Supreme Court out of the ivory tower and into the public square has been one of Richard Wagner’s goals since he took over as chief justice in 2017. Days before presiding over a courtroom usually reserved for the provincial Court of Appeal—a Manitoba case on an accused’s person’s right to a timely verdict and a civil language-rights case from B.C. were on the docket—Wagner and his eight fellow justices kicked off what was billed as their “listening tour.”

Trading robes for business attire, they and their security details fanned out across the city: there was a sit-down with the paper of record; meetings with Indigenous and Métis organizations; talks with lawyers, judges and law students; discussions with Francophones; school visits; TV interviews; an open Q&A session at the Canadian Museum for Human Rights and a puck-drop at an NHL pre-season game. “While I could never betray my hometown hockey team, I will say that last night’s Jets game was a special experience that I will always remember,” enthused Wagner, who hails from Montreal. Later in the week, he found himself snapping selﬁes with passers-by at the human rights museum.

The justices were friendly and patient, if at times slightly stiff as people grasped their hands, questioned them about past rulings and shared long-winded stories about representing themselves in court, or vacationing in Europe.

Byron Williams, director of the Public Interest Law Centre, an arm’s-length ofﬁce of Legal Aid Manitoba, says the court’s decision to engage with the community helps ﬁght cynicism at a time when many Canadians are questioning the legitimacy of their institutions. (The chief justice plans for the court to visit a different city each year.)

READ: The glaring omission on the Supreme Court

“The idea that Rosalie Abella and other Supreme Court judges are out talking to people in their communities and their high schools about access to justice, I think, is remarkable,” says Williams. Yet no amount of symbolism, he adds, will remove material barriers to justice, particularly for historically disadvantaged groups.

At Children of the Earth High School, which provides Indigenous-focused education in the inner city, another issue is on the minds of students. While the high court is regionally representative, and four of the nine judges are women, a person of colour has never been appointed to its benches.

“I think having at least one Native judge on the Supreme Court would be pretty cool,” said Grade 9 student Cornelius Kakegmic, who is Indigenous. His ﬁrst question for Justice Andromache Karakatsanis addressed access to clean water on First Nations; when she explained judges can’t offer public opinions on issues they might have to rule on, Kakegmic settled for a rundown of First Nations issues the justice has ruled on in the past.

Wagner addressed the representation issue by acknowledging the obvious. While a lack of diversity doesn’t affect the court’s decisions, he said, “people should see themselves in their courts and in the Supreme Court.”

Back at the Manitoba Law Courts, the effect of seeing the nine justices in action is undeniable. Spectators leave Courtroom 330 gabbing like people who’ve just watched a much-anticipated movie, beginning sentences with “Did you see?” and “I can’t believe.”

The repartee between justices and counsel during K.G.K. v. The Queen had been lively as they debated the merits of holding judges accountable for the time it takes them to render verdicts. At times, lawyers cut the judges off, only to have the favour returned. Legal enthusiast Ronnie Pollock described the justices as “kick-butt” after leaving the hearing, adding he’d never have been able to make it to Ottawa to see the court in action.

And that’s important for Wagner, who says he wants as many Canadians as possible to see ﬁrst-hand how the court works. “It is hard to have faith in something,” he says, “if you don’t understand it.”

This article appears in print in the November 2019 issue of Maclean’s magazine with the headline, “On tour with the Supremes.” Subscribe to the monthly print magazine here.