That Sophie Grégoire-Trudeau song: Six things you might be wondering about

Is Sophie Grégoire-Trudeau's song any good? And where did that come from? What you need to know about her performance 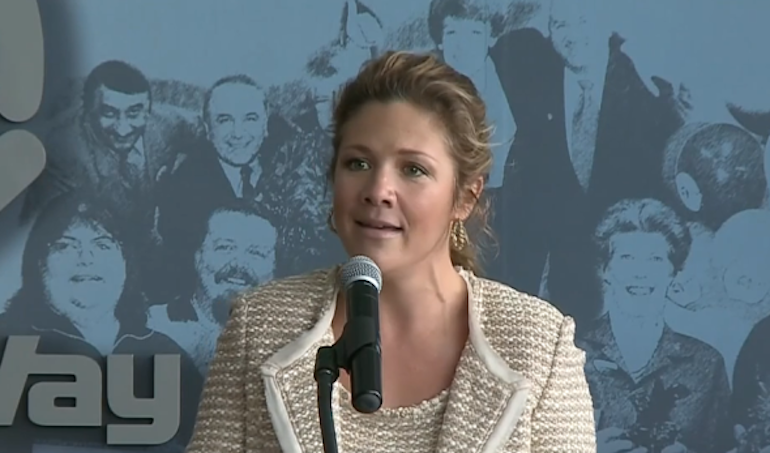 Earlier Monday, Sophie Grégoire-Trudeau broke into song at an event celebrating Martin Luther King Jr. Day, with an original composition she says she wrote for her daughter. Naturally, the cynics descended, of both the partisan and nonpartisan variety, on a prominent woman daring to sing out loud, on a white woman singing a personal song about her family at an event celebrating a black civil rights icon, on the Prime Minister’s wife appearing unscripted and whimsical. But let’s try to be objective here, and figure out what just happened.

We did know that Sophie studied classical flute and guitar, and also loves to move: ballet, jazz, African dance. Everyone was surprised to hear her sing like this, however.

Clearly influenced by gospel and R&B—with the requisite “mmm-hmmms” and stuttering syllables (“no-no-no-no-no”)—Grégoire-Trudeau’s voice is surprisingly strong, and miles ahead of our expectations after hearing her earnest “Jingle Bells” duet with her husband, which they sang at the prompting of P.K. Subban for the #CanadaCarols campaign, associated with pediatric hospitals across the country, just before Christmas.

Grégoire-Trudeau, who also teaches yoga, has a bit of Sarah McLachlan in her, making melodic jumps of a fifth interval on the same syllable.

3. Why is this only the second time we’ve heard her sing?

That we can’t say. Sophie has mused about making an album one day, and she is very good friends with Chantal Kreviazuk—solo artist and songwriter for Drake, Kelly Clarkson, Josh Groban and many others—with whom Grégoire-Trudeau recently had a mom’s getaway weekend in the Caribbean.

It’s fine, but probably not designed as an a cappella piece: there are some chord changes implied underneath the melody that might not be apparent to the untrained ear—or anyone unfamiliar with the song (i.e. everyone). There is also what appears to be a key change in the last half, coming out of the bridge—presumably intentional.

5. Has this kind of thing happened before?

If you mean the wife of a Canadian prime minister breaking into song, it’s not unheard of in the Trudeau family. Justin’s mother, Margaret, once serenaded a 1976 state dinner in Venezuela with a “song of love” inspired the charity of work of that country’s first lady.

If you’re referring to the mixing of politics and song—my, what short memory you have. It was only in 2009 that then-prime minister Stephen Harper stunned a National Arts Centre gala by singing the Beatles’ “With a Little Help From My Friends,” accompanied by his hobbyist backing band and international superstar cellist Yo Yo Ma. Jack Layton and Bob Rae have also been known to sing for their supporters. But to the best of our knowledge, not since Margaret Trudeau has a prime minister’s spouse been heard singing in public. (We welcome your corrections here.)

6. Oh, yes, how does it compare to Stephen Harper’s voice and/or piano playing?

At the risk of inciting partisan wrath—come on, no contest here. Harper is a flat, uninteresting singer—small wonder he chose to debut with a Ringo Starr song, setting the bar low. (As a singer, of course, Starr is a fantastic drummer.) Harper’s piano playing is also rudimentary: most of his choice of material (the Beatles’ “Hey Jude,” Neil Diamond’s “Sweet Caroline,” the Proclaimers’ “I’m On My Way”) requires him to do little else but play plonky quarter notes. It’s possible Grégoire-Trudeau’s skills as a flautist are as clunky as Harper’s ivory tickling, but she is classically trained, and there’s no question she’s the superior singer. Put her in front of a band and let’s see what happens.

Michael Barclay has written about Canadian music for 25 years, is a Polaris Music Prize juror and is co-author of the book Have Not Been the Same.