The coronavirus question: To mask or not to mask

Stephen Maher: There is growing commentary that all Canadians should wear masks in public to stop the virus. Here's what the experts say. 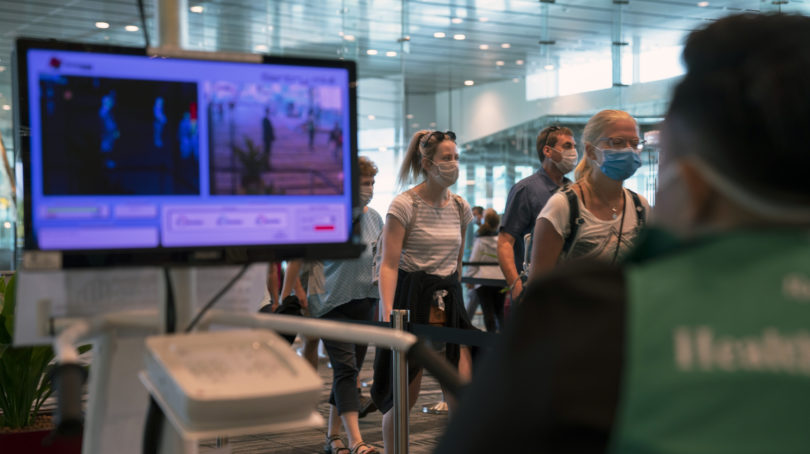 On Feb. 29, back when the coronavirus seemed like a distant worry to Canadians, Scott Grant and his wife flew from Thailand to Vancouver on an Air Canada flight, with a stop in Hong Kong.

At the Hong Kong airport, which was mostly deserted, passengers repeatedly had their temperatures checked with thermal sensors. On the flight, everyone was wearing face masks.

When Grant arrived in Vancouver, and left the plane, the passengers leaving the next gate appeared to be coming from a different world.

“We pull up beside a flight from London, and not one person from the flight got off with a mask on,” he said in an interview last week. “It was quite a stark contrast between two worlds.”

There was no thermal screening at the Vancouver airport, which was a huge difference from Asia. In Thailand, Grant and his wife had been screened before they could enter department stores. In Canada, there was zero screening and few people wore masks.

“As soon as we got off the airplane, we were uncomfortable,” he recalls. “After being away that long and seeing masks and having your temperature taken constantly, that there was no sense of urgency whatsoever.”

READ MORE: Fear and anger on the frontlines: What happens if there aren’t enough masks?

A lot of people have noticed what Grant noticed. The Asian societies that dealt with the coronavirus first responded with measures — like widespread mask-wearing and thermal screening — that western societies have yet to adopt. And the curve in those countries are flatter than the curves in western countries. South Korea, Taiwan, Japan and Singapore have not had the horrifying mass outbreaks like those in Italy, Spain or New York.

This has led a growing number of commentators to conclude that all of us should wear masks.

George Gao, director-general of the Chinese Center for Disease Control and Prevention, for instance, says that the biggest mistake western countries have made is not wearing masks: “This virus is transmitted by droplets and close contact. Droplets play a very important role — you’ve got to wear a mask, because when you speak, there are always droplets coming out of your mouth. Many people have asymptomatic or presymptomatic infections. If they are wearing face masks, it can prevent droplets that carry the virus from escaping and infecting others.”

The government of the Czech Republic has made masks mandatory, and the whole country has got involved in the project, making them at home.

The American Centers for Disease Control, which does not yet recommend that members of the public wear masks, is now reconsidering that advice, and pressure is surely mounting for the same in Canada.

On Monday, at a briefing in Ottawa, though, Dr. Theresa Tam, chief public health officer of Canada, said that Canada is not now planning to change its advice, for two reasons. Firstly, because there is a shortage of masks for health workers.

Secondly, it is not clear that masks actually help prevent infections, and may increase the risk for those wearing them.

“What we worry about is actually the potential negative aspects of wearing a mask, where people are not protecting their eyes, or other aspects of where the virus could enter your body, and that gives you a false sense of confidence,” she said. “But also it increases the touching of your face. If you’ve got a mask around your face sometimes you can’t help it because you’re just touching parts of your face. The other thing is the outside of the mask could be contaminated.”

When the evidence is unclear it is best to ask experts, says Dr. Sandy Buchman, president of the Canadian Medical Association.

“Lots of times in medicine, when there hasn’t been really solid evidence, or sufficient studies, there’s expert opinion,” he said in an interview. “And that counts for a lot. So we have to look to health experts with the most experience and the best judgment honed after many many years and apply it to the information we do have.”

Who to believe then, Dr. Gao or Dr. Tam? They are both experts with judgment honed after many years.

For one thing, she says, there are many things that countries like Singapore are doing better than Canada is, and they have nothing to do with masks.

“The thing is that in Singapore they have stellar public health,” she said in an interview last week. “They have a lot of testing. Their contact tracing is awesome. People are culturally very adherent to recommendations from government. So there are lots of things that are different about Singapore, and it’s not at all clear that everybody wearing masks is what’s making the difference. They have a much better-resourced health system than we do.”

And there is no evidence to show masks protect people from infection.

“Just wearing a mask in general to protect yourself from other people who are infected probably doesn’t work. The CDC spent about $15 million ten years ago, trying to get proof that masks work, and they were unable to do so.”

But given the unprecedented threat of this virus, experts may change their recommendation, she said.

“I think there is increasing evidence that people who are either not sick or very mildly ill are contributing to infection significantly, and that’s raised the discussion about masks again,” she said. “So how much evidence do you need to suggest everyone in Canada wears a mask? And I think the consensus at the moment is probably that we don’t have quite enough. The second thing is, do we have enough masks in Canada to make that recommendation, and make it work?”

The answer to that is clear. Canadian hospitals are rationing masks, asking health-care workers to wear them until they are “grossly soiled,” and health care workers are rightly terrified.

Until hospitals have enough masks so that every Canadian nurse and doctor is equipped as well as nurses and doctors in China, in my opinion it is best to put the question of public mask wearing on the back burner and put our energy into pressing hospital officials and politicians to explain their shocking failure to supply our health workers with the equipment they need to do their jobs safely.

We are not doing as many tests as we should be, and we know that widespread testing, along with physical isolation and hand-washing, is what will get us through this horror show.

Let’s talk more about that and less about whether you should wear a mask when you go to the grocery store.