In defence of the LCBO: Ontario's liquor history holds lessons for pot

Though it's fashionable to complain about it now, the province's liquor control regime has come a long way from its Prohibitionist past 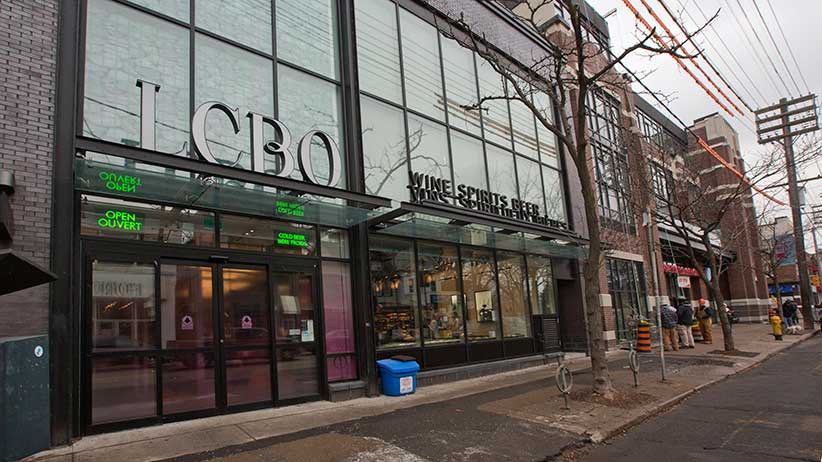 The Ontario government’s decision to maintain a monopoly on the sale of weed across the province, establishing a new cannabis retail chain under the Liquor Control Board of Ontario, is already proving unpopular.

Most dismayed are the myriad corporations who have been angling to control the potentially lucrative market. The illegal pot dispensaries and “medicinal marijuana” clinics that have sprung up since talk of legalization began in earnest are now slated to be closed within the next 12 months. Public relations folks will be working overtime to undermine this regulation, and many will point to other provincial monopolies as failed experiments that shouldn’t be repeated.

But whatever its reputation today, Ontario’s liquor control regime was historically an innovative social and health policy, introduced to manage a problem that was quite serious and complex in the 19th and early 20th Centuries.

Barstool historians often claim that religious women engineered the fight against alcohol as a way to take away men’s right to “recreation” in Canada and the United States. This argument is hardly foolproof. Women did not have the vote at the time—they were hardly power-players in legislative matters. And it ignores the staggering alcohol problem of the mid-19th Century, when people in North America consumed shocking quantities at home, at work, and at taverns, many of which were open all hours, serving morning “eye-opener” cocktails to people on their way to work as well as night-caps for those at the end of the day’s binge.

The face of the temperance movement as it is remembered today is usually gendered. Women often suffered the collateral damage of the drinking culture of the time, both as domestic abuse and financial hardship, and reformers did cite these concerns in opposition to alcohol. But the factions who actually maneuvered a dry Dominion of Canada, were a wide and varied group of people. Many were primarily concerned about the collision of day drinking with modernity—with industrial equipment and personal cars becoming commonplace, sobriety seemed like an increasingly prudent choice. Add to this the Great War, which justified channeling all extra resources into the military effort, and anti-immigrant sentiment focused on recent newcomers’ supposed reputation for rowdy public drinking, and suddenly, by 1916, the Ontario Temperance Act had legs.

The United States adopted a total, federal ban and an aggressive enforcement policy. By contrast, Canada’s provinces retained control of temperance laws, which were generally more lenient and moderate than our neighbours down south. The humourist Stephen Leacock called Canadian prohibition “one hell of a farce.” Medicinal alcohol was easy to get in most provinces, with prescriptions being written for any made-up ailment and dispensed by druggists who were only too happy to profit off the charade—a situation that may sound familiar, given how easy it supposedly is to obtain a medical marijuana license today. There were also bootleggers and gangs operating out of plenty of restaurants, hotels and grocery stores.

Historian Dan Malleck characterizes this period in Ontario’s alcohol regulation as excessive in his book Try to Control Yourself. And even the government had to recognize its shortcomings. Although the noisome saloon no longer existed and people typically drank less than in the century before, the new system did nothing to curb under-aged or excessive drinking, excessive drinking, or the substandard, lethal alcohol hitting the streets.

Realizing its approach had backfired, the government repealed the law prohibiting alcohol in 1927. In it’s place, it introduced the LCBO, an attempt at a more lenient system. It entered into a bargain with the public, offering a little freedom in return for voluntary self-policing to encourage socially-responsible drinking. Malleck calls this the invention of the “citizen-drinker.”

Public drinking was still not allowed—alcohol went straight from the LCBO to the home bar. So there remained an opening for bootleggers to operate speakeasies, generally in hotels. The government responded by introducing the province’s first legal beer parlours in 1934, which were, by all accounts, dismal. Two years later, Louis Alexander Mackay listed his complaints in verse with the poem, “Frankie Went Down to the Corner”: Ontario’s such a respectable place/Drinking’s no crime but it’s still a disgrace.

Mackay itemized several grievances of his, including the fact that beverage room patrons were not allowed to stand with a drink in hand, enjoy music, or drink beer from a bottle, the only option being generic draught beer served in tiny glasses. A decade later, little had changed, something media personality Gordon Sinclair took issue with in a letter to the LCBO:

“And when, oh when, do we get cocktail bars where a civilized Canadian may buy a legal Martini and enjoy it publicly and in pleasant surroundings? Surely those sour faced professional gospel shouters … the breed who oppose everything from A (for adultery and alcohol) to Z (for zest and zoot suits) … surely they are outmoded now. Or do you fear them?”

It appears that the LCBO did not, in fact, fear the gospel shouters. The following year, 1947, the legal Martini was introduced at Ontario’s new, swanky cocktail bars. They were, for the most part, pleasant places, with some even allowing music. Slowly, other laws were relaxed, permitting larger serving sizes, Sunday drinking, an end to segregated drinking spaces—women and escorts had been divided from men in beer parlours—and even an end to the standing-while-drinking ban.

A half-century after the repeal of the ban, and following numerous cycles of complaints that the LCBO just didn’t get it, Ontario’s bars have finally been “modernized.” Although there will always be a couple of after-hours clubs still in operation in Toronto, the majority of illegal drinking spaces vanished after last call was extended to 2 a.m. nearly two decades years ago. Drinks enthusiasts still quibble about the selection and pricing at the LCBO, but cross-border shoppers rarely load up the car with spirits in Buffalo as they did a decade ago, when the disparity was much greater. By and large, Ontario now has a successful liquor control system, that distributes safe, tested alcohol to a large number of people, many of whom actually like the fact that their purchases come with a free copy of Food and Drink.

Does a similar system of control make sense for weed? It’s a very different substance, probably far less dangerous than spirits, and easier to make at home than wine or beer. And the reason it was criminalized in the first place had nothing to do with domestic violence or wild, widespread abuse. It doesn’t follow that it should be entirely unregulated or handed over to private enterprise, however. Big Pharma’s disastrously greedy and careless handling of opioids is a cautionary tale. Concentration levels in edibles are already a buzz-worthy topic, with plenty of anecdotal stories of people who ate that second cookie too soon. And it’s not impossible to imagine unregulated, designer, synthetic marijuana emerging at some point, given the current crises. Control might not be popular option, but are the unregulated alternatives any better?

Unlike Ontario’s experience with liquor control, however, the government has no hope of making marijuana regulation work if it has to go through a six-decade learning curve. The only possible way to sell this to a skeptical public will be to thoroughly understand the intricate, sophisticated, and specialized modern weed marketplace, and to offer as good or a better product than the dealers and dispensaries. If it’s going to serve up the equivalent of generic beer in eight-ounce glasses and only innovate to placate critics who rail at the service and selection, it’s destined to fail.