The new bogeyman on Canadian campuses 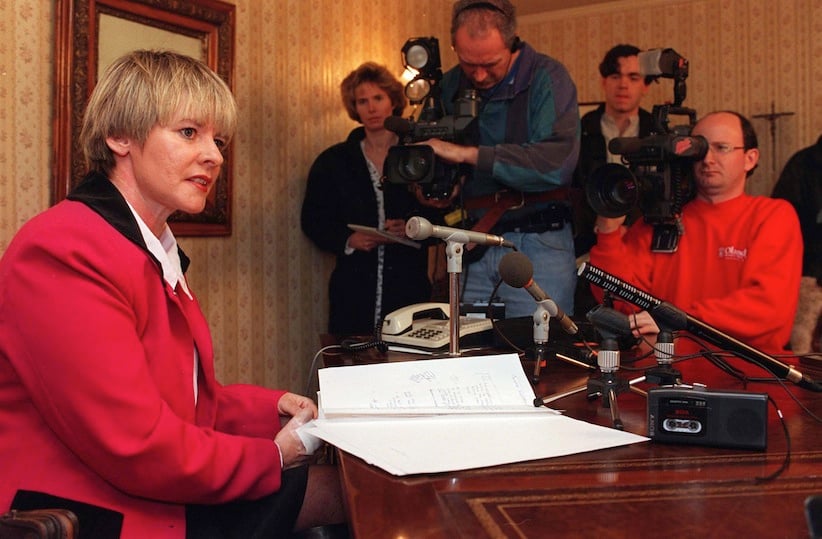 Many moons ago, when I was a but a wee university newspaper hack, “hurricane Rosie” hit the very respectable groves of Mount Allison University. The Rosie in question was erstwhile Liberal MP Roseanne Skoke, who represented the good people of Central Nova for a spell in the ’90s. Rosie didn’t much like the gays—“Homosexuality is not natural and it is undermining the inherent rights and values of our Canadian family,” she espoused in the House of Commons in 1994—and she took her shtick on the road after being turfed from this institution in 1997.

Skoke’s speaking tour, which brought her to many university campuses, was pure calculated spectacle—Anne Coulter before Anne Coulter. Central to her message was how society in general and university campuses in particular, rife as they are with feminists and their ilk, were fast becoming intolerant to pro-family types like her.

As if on cue, Mount Allison’s cadre of student groups became outraged. The university president was pilloried for allowing such a wretched creature on campus. Letters demanding her banishment clogged the pages of my newspaper. Exactly as she’d planned, Skoke’s enemies did the work for her. She arrived onstage to a packed room. The protesters outside, frothy with outrage, gave her a ready-made narrative. She was, for a few minutes at least, a self-made martyr to her own cause.

The current debate over the place and objectives of “men’s issues” groups, currently raging at several choice campuses across the country, is a reminder of how there are rarely any new themes over which to become outraged at university. Rather, time-honoured bogeymen are reanimated and promptly pitchforked.

And as far as these things go, “men’s issues” might have been faxed from 1998 and given a faux-hawk, a Hollister T-shirt and the keys to the beer pong room. To wit: the student governments at no fewer than four Canadian universities have attempted to ban men’s issues groups and/or events in the last two years alone. 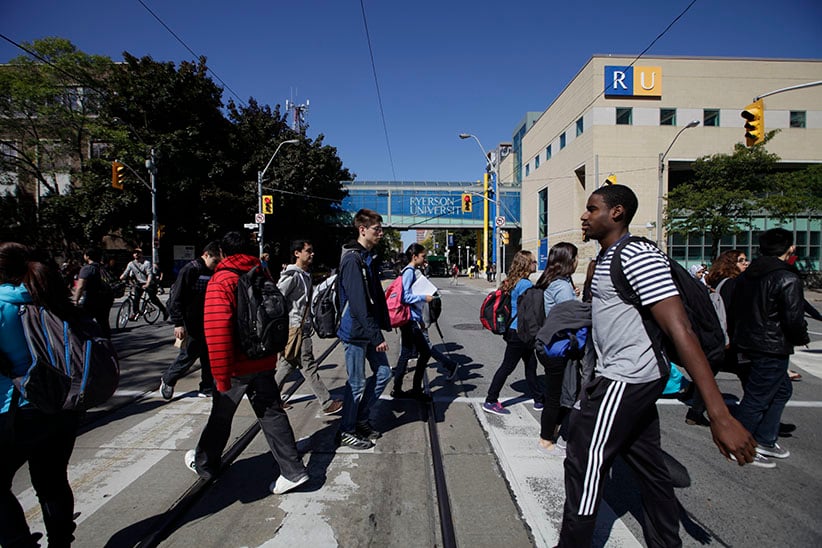 The most recent and flagrant of these attempts came courtesy of the Ryerson Students’ Union. The RSU recently denied fourth-year student Kevin Arriola’s request to start the Men’s Issues Awareness Society at Toronto’s Ryerson University. The reasons behind the RSU decision, as the National Post’s Robyn Urback noted, included “systemic privilege” and the lack of “proper safety measures to prevent the group from spinning out of control.”

As Skoke demonstrated at my alma mater nearly 20 years ago, there is a persistent and frustrating tendency on campuses to banish all that is deemed distasteful—or at least deny it funding and space, which amounts to the same thing. The case of Ryerson’s Men’s Issues Awareness Society is all the more frustrating because, unlike Skoke’s gay-baiting spiel of yore, Arriola’s objective is so bloody politically correct, Dave Matthews might have put it to music.

“We are a brand new group at Ryerson that… is committed to issues that disproportionately affect men and boys in our society,” Arriola wrote on Reddit last month, adding, “We are open to people of all genders, races, and political affiliations… We hope to one day work with moderate women’s groups on common causes.”

As the RSU decision demonstrates, the main objection to men’s issues groups is that they are actually thinly disguised misogynist redoubts for potentially violent men. Journalist Scaachi Koul professed how she would be “nervous” if she were made to study next door to a such a thing. “I don’t think they should exist,” she said on a recent CBC panel. “I think a lot of the men’s rights movement is a response to the anxiety about women doing better.”

Let’s say for a moment that Koul is right. Let’s say most of these men’s groups are women-hating cabals that hoodwink student unions into thinking they only want to talk about depression, suicide and homelessness—if only to secure university funding. Banish them, and you only fuel their resentment, and further their own blinkered narrative. Lock them in the cellar, and they’ll only get bigger and more angry.

Or you can give them room to breathe. Those groups who actually talk about suicide and homelessness—which, along with shorter lifespans, disproportionately affect males—will do so with the knowledge that their concerns are no more and no less important than any other group’s. As for the mouth breathers, axe-grinders and perpetually aggrieved dudes who actually think women are the devil incarnate? Sunlight has a habit of exposing idiots, particularly on university campuses.

It’s exactly what happened to Skoke. During the question-and-answer session following her talk, she was promptly unmasked as a fraud and a hypocrite. The supposedly pro-family politician was actually divorced. The finger-waving moralist who decried sex before marriage had a grandchild born out of wedlock.

In the following months and years, Skoke became less of a hot ticket. Her anti-gay views, meanwhile, have further drifted out of favour like the Fundy tide. Yet today, as back then, many on university campuses never seem to learn that you don’t need to ban bad ideas. People usually stop listening on their own.