The RCMP charged the woman and two others, noting there is no indication they had prior knowledge of Wortman's plan 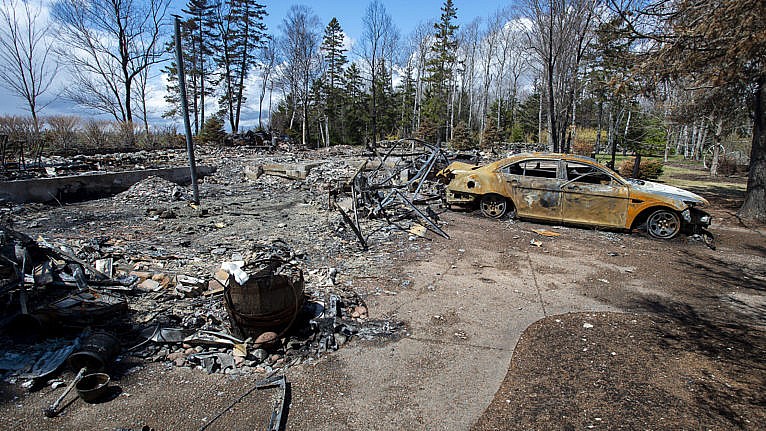 The RCMP have charged the former common-law spouse of the Nova Scotia rampage killer, and two of her relatives, with providing the ammunition the killer used in the shootings of April 18 and 19, which cost 22 lives and the life of an unborn child.

RCMP Supt. Darren Campbell informed the families of the charges early on Friday.

Based on documents obtained under access-to-information law, the National Post recently reported that Wortman used a Colt Law Enforcement Carbine, a Ruger mini-14, a Glock pistol and a Ruger P89 pistol in his rampage. The .223-calibre Remington cartridges would likely be for the Colt and Ruger mini-14, while the .40-calibre Smith and Wesson cartridges would have been for the two pistols.

From obituaries, it appears that James Banfield is Lisa’s brother, and Brewster is her brother-in-law.

The RCMP says the ammunition was purchased in Nova Scotia.  The charge, under section 101 of the Criminal Code, carries a penalty of up to five years in prison.

There is no indication that the people charged knew of Wortman’s plans. “Based on the investigation to date in which those charged cooperated, these individuals had no prior knowledge of the gunman’s actions on April 18 and 19,” said Supt. Campbell in a statement. “In addition, investigators have determined the ammunition was purchased and trafficked in Nova Scotia.”

The RCMP have come under heavy criticism from the families of the shooting victims for failing to provide even basic information about the rampage and fighting the media in court to prevent documents from being released. The force has defended its approach, pointing first to an ongoing investigation into the source of the guns, some of which killer Gabriel Wortman smuggled into Canada.

Supt. Campbell said it will continue to provide little information. “We recognize there may be outstanding questions about what transpired this past April,” he said in the statement. “To ensure a fair trial for those who have been charged and with the public inquiry now ongoing, the most appropriate and unbiased opportunity to provide any additional information is to do so with our full participation in the inquiry. The RCMP will respectfully refrain from further commenting on these matters outside of the inquiry.”

The three commissioners tasked with running a public inquiry into the rampage recently began preliminary work but hearings are not expected to begin for months. Ottawa and Nova Scotia agreed to a public inquiry in July, after family members rallied public opposition to a review initially proposed by both governments, which would not have had the power to compel testimony.

RELATED: Real reform of the RCMP won’t come from within

Until she was charged, media organizations have refrained from publishing the name of Banfield, who was assaulted by Wortman at the beginning of his rampage. She told police that after he assaulted her, she ran away and hid in the woods until morning, the second day of his rampage, when she gave officers helpful information.

She has never commented publicly and her lawyer does not respond to media requests.

In August, Banfield filed a statement of claim against Wortman’s $1.2-million estate, seeking damages for assault and battery and false imprisonment and “intentional infliction of mental suffering.”

Banfield was the sole beneficiary of Wortman’s hand-written will. On May 25, she renounced her role as executor of his will. Media outlets interpreted that to mean that she had renounced her interest in her estate, which was not the case.