‘They were clicking for their lives’

Herbert Ingenkamp on being an orderly during the polio epidemic.

Down and out in Winnipeg in the mid-1950s, Herbert Ingenkamp was walking with a friend when he overheard a couple speaking Dutch. Having immigrated from a flood-struck Holland mere months ago with little English—and only five dollars—he struck up a conversation in his native language. The woman, he learned, worked with paralyzed polio patients in the local hospital. “We’re so understaffed,” she told him. “We’d take anybody.” Herbert had no idea what polio was, but a job was a job. So he took it.

FROM THE ARCHIVES: In 1955, June Callwood profiled Connaught Laboratories, which won fame in the fight against polio

Days later, Herbert started as an orderly. “Those people who were laying there, they were a variety of lawyers, teachers, businessmen, accountants, farmers, sportsmen, you name it—everybody was there,” says Herbert, whose only education was a couple of evening technical classes he’d taken in the Netherlands. “You got to know a lot of people, and you learned a lot, too. The patients were teaching me.” He bathed them, fed them, moved them. “Every itch they had, we had to scratch.” Despite a lack of caretakers and a never-ending list of patient demands, Herbert told himself, “You go down and you don’t get mad, ever. They can’t help it, and you’re the only living thing that can do something.”

Herbert kept the job for 2½ years, but there’s one day that sticks out. It was 10 in the morning, and about half the wing’s staff was downstairs getting a coffee, when all power suddenly went out—shutting down the respirators. “What the patients do when there’s something they want, they click their tongue,” Herbert explains. “It was like a whole group of crickets there. The clicking was crazy. Nobody could breathe.” Herbert, who was tasked with caring for two patients, rushed to their room—“they were clicking for their lives”—and tried to figure out how to help. He’d never been trained for such a situation; supposedly, there was a backup generator that would prevent a blackout from shutting the medical equipment down. After examining the patients’ respirators, he found a handle that seemed like it might feed them air. Luckily, he was right. “I remember the people downstairs had to rush up because the elevators didn’t work,” he says. “When you’re busy pumping machines, it felt like forever.” In the end, the power returned and no patients died. “The funny part was that the union was trying to gather a raise for me, but they said they couldn’t afford it,” he says. “A week after this incident, I had my raise.” 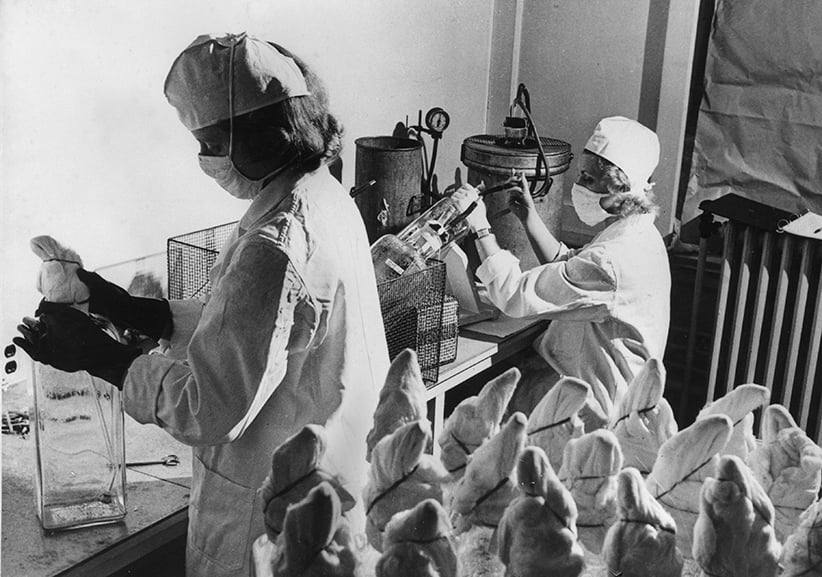 Herbert never got sick in the hospital, and, to this day, he’s in good health. He and his wife, Jeannette, live in Windsor, where Herbert spent 27 years as a mechanic for General Motors. Along the way, he earned the nickname “skater dude” for the rollerblade tricks he’d pull on local trails—a hobby he kept up into his 80s. He still goes for the occasional jog and helps neighbours with yard work. “I hope I never have to lay down,” he says, “because I know my body will have a hard time getting back up.” — Luc Rinaldi