The "Prince of Darkness" is back in the Liberal fold

And where there is Warren Kinsella, there is drama... 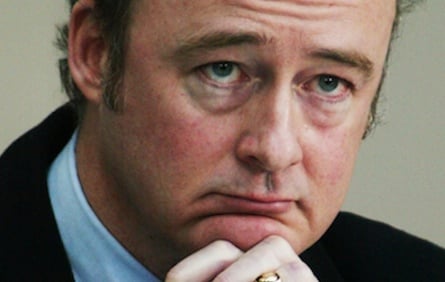 Warren Kinsella fancies himself a bon vivant, a punk rocker and the so-called “Prince of Darkness” of Canadian politics. His political books are thick with tales of dirty tricks and nasty business in Ottawa’s corridors of power, and he is an admitted and most gleeful practitioner of both. His reputation and methods have brought him to the helm of Michael Ignatieff’s “war room,” where he will presumably ply his trade in the Liberal leader’s next election campaign.

Kinsella’s return to the Liberal fold–he went into quasi-exile from the Liberal Party during Prime Minister Paul Martin’s regime, and has an ongoing defamation lawsuit against Martin–has riled the Conservative government enough that party MPs have invoked Kinsella’s name 36 times in the House of Commons in an apparent attempt to discredit Ignatieff. “Kinsella’s thuggish antics have been approved and condoned by the Liberal Party,” said Conservative MP Lois Brown in one typical screed. The attention has at once delighted and inflamed Kinsella, who catalogued the outbursts on his blog. “[T]hey do all that they know how to do: attack, vilify, smear,” he wrote earlier this month. Coming from Kinsella, who once wrote that “negative politics work,” this might well be a compliment. “The political folks I work with know who I am and what I do,” Kinsella wrote in an email to Maclean’s. Apparently so; publicly, Liberals responded with a collective shrug–for the party, Kinsella’s campaign muscle is seemingly worth the dust he kicks up. “Warren’s a great guy, I love him,” said senior Ignatieff advisor Alfred Apps.

In 2001’s Kicking Ass in Canadian Politics, Kinsella wrote about the efficacy of intimidation; earlier this year, Shimon Fogel witnessed Kinsella’s tactics first-hand. Fogel, who is CEO of the Canada-Israel Committee, says he received an email from Kinsella in February in which the self-styled political ass-kicker said he would effectively reduce the CIC’s influence within the Liberal Party if the organization didn’t do his bidding. In an email obtained by Maclean’s from a source in the organization, Kinsella said the CIC “would be making a huge mistake” that it “will regret profoundly” if it proceeded with inviting two right-wing bloggers, who are in the midst of a protracted war of words with Kinsella, on one of its “study missions” to Israel. (These missions, which aim to educate members of the public and the media on issues facing Israel, are often, though not always, paid for by the CIC.)

“As far as the LPC [Liberal Party of Canada] goes, if [I’m] asked for my advice–and I am all the time–I will say that the CIC has utterly marginalized itself, and that it is not a voice we need to necessarily heed going forward,” Kinsella wrote to Fogel. “[I]f the media contacts me about this, I will not observe silence.” Kinsella further promised to “contact friends in Israel to suggest they not be permitted entry.” Fogel later characterized Kinsella’s emails as “threats” and “blackmail” and suggested to the CIC that it not give in to the Liberal strategist.

When contacted by Maclean’s, Kinsella would neither confirm nor deny the authenticity of the emails. But soon after, he posted an item on his blog suggesting the magazine was writing a “hatchet job” on him. And Kinsella’s lawyer served Maclean’s with a notice indicating that Kinsella had resigned from the Canadian Jewish Congress, where he had served as a volunteer–although Maclean’s hadn’t asked about Kinsella’s relationship with the CJC, which is wholly independent from the CIC. For the Liberal Party’s part, spokesperson Daniel Lauzon said Kinsella “was speaking in his own name, and not for the Liberal Party of Canada” in the emails to the CIC. The Liberal Party, Lauzon later added, was never involved in Kinsella’s attempt to block the two bloggers from travelling to Israel.

Once a special aide to Jean Chrétien and chief of staff to former Public Works Minister David Dingwall, Kinsella has, with a few notable exceptions, been associated with the Liberal brand since Chrétien took a shine to him in 1987. Few people in Canadian politics dare say a bad word about him, for fear of being lambasted on his website or pursued legally by Kinsella himself. Kinsella has five ongoing lawsuits in Toronto alone, against Paul Martin, Public Works Minister Christian Paradis, several journalists and author/pundit Ezra Levant, from whom Kinsella is seeking $5 million in defamation-related damages.

Kinsella’s blog, meanwhile, is a self-referential hodgepodge of his thoughts, occasional apologies and plugs of his punk band, Shit From Hell. He also praises his heroes and excoriates his enemies-though the two seem interchangeable, depending on the day. In 2007, for example, Kinsella called Mark Steyn the “best conservative writer alive.” A year and a half later, Steyn was a “country club bigot and pompous windbag.”

Earlier this year, Kinsella attempted to have Kathy Shaidle, one of the bloggers invited to Israel, removed from a TVOntario current-affairs program, calling her “racist garbage” and sending a letter of complaint to Ontario’s minister of education. Yet Kinsella himself appeared on the same show with Shaidle two years before without protest-even though Shaidle’s controversial views on minorities and AIDS were well known at the time. He even posted the video clip of the show on his site, and wrote that Shaidle was “nice.” In 2006, Kinsella implied he couldn’t work for Ignatieff: “I simply object to too many of Michael Ignatieff’s views,” he wrote. Yet he will work in Michael Ignatieff’s war room in the next election. (Kinsella refused further comment.)

Not everyone’s thrilled about this development. “Bottom line is that Liberals just don’t get why we’d choose to stand next to a human shrapnel machine,” said a longtime Liberal who has worked with Kinsella frequently over the years but has since fallen out with him.

What remains uncertain, however, is why the Conservative Party continues its attack on Kinsella in the House of Commons. Lauzon says Kinsella’s role as head of Ignatieff’s war room-a volunteer position-won’t begin until an election is called. (Conservative spokesperson Ryan Sparrow wouldn’t comment, citing the Kinsella’s lawsuit against Paradis and the Conservative Party.) “I don’t know if they are worried about me-I sure wouldn’t be, if I were them. But I certainly can see how it might look like they are,” Kinsella wrote in an email to Maclean’s. “Which, as I say, is dumb.  If I were them, the person I’d be worried about-really, really worried about-is Michael Ignatieff. Because he’s going to be the next Prime Minister, and they’re going to be out on their keesters.”

That is, if Canada’s Prince of Darkness has anything to do with it.