For the record: Advice from Gord Sinclair and his bandmates to graduates of the 2016 Class of Medicine at Queen's University 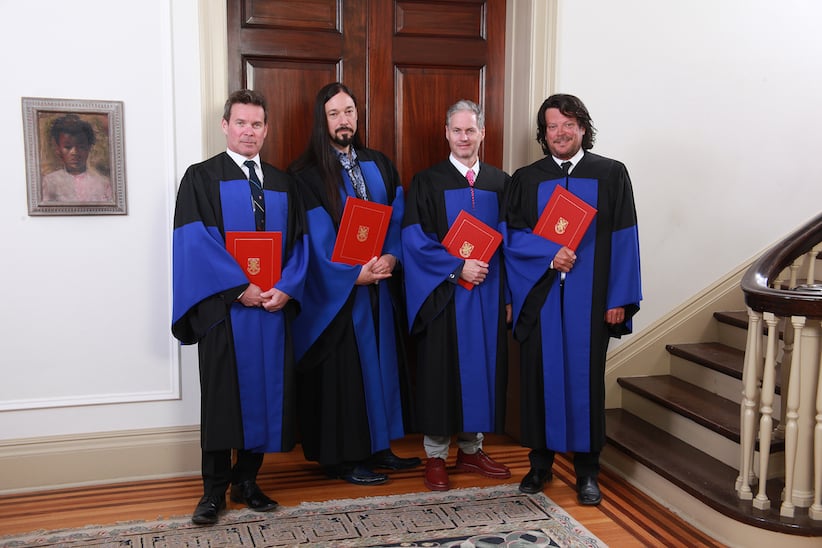 On May 19, 2016, the members of Canadian rock band The Tragically Hip were granted honorary degrees from Queen’s University. Frontman Gord Downie, however, was not in attendance. Five days later, Downie and the Hip announced that Downie had been diagnosed with terminal brain cancer, and that they would be embarking on their final tour. Here is what Gord Sinclair said to the Class of 2016 day—a moving entreaty to work together for the betterment of society, particularly emotional in the wake of Downie’s diagnosis.

Mr. Chancellor, Mr. Principal, Mr. Rector, distinguished faculty, ladies and gentlemen and the graduates of the 2016 class of medicine:

On behalf of my partners in The Tragically Hip, I thank you for this great honour. We are native Kingstonians and formed our band in the shadows of this great institution while three of us were students here. Our Queen’s and Kingston roots do indeed run deep. Twenty-five years ago this July, we set up our gear on this very stage and wrote the bulk of our second album, Road Apples. This place shaped who and what we’ve become. We learned how to perform in front of students and locals alike in campus pubs and local dives like Alfie’s and the Lakeview Manor. We saw early on how music has the power to move people and bring them together, and we followed that course our entire career.

Now, a lot has changed in the time we’ve been making music. Our first record was released on vinyl and cassette. At the time, CDs were just emerging as the next big thing, and all over campus, folks were wearing Sony Walkmans and swapping mix tapes at parties. There were no cellphones, home computers, tablets or Internet. The digital revolution in recording and distributing music turned our industry on its head.

Many recording artists, record companies and retailers no longer exist. Music is freely and easily, and might I add, illegally distributed over the Internet. These days, while young artists struggle to find an audience and earn a living, many popular acts routinely fake their performances, playing along to pre-recorded tracks. The values of artistic integrity, creativity and musicianship we hold so dear are not the imperatives they once were. And yet, while we’ve adapted to the changes around us, the essence of what The Hip does is still very much the same: we create and perform music together. I like to think as entertainers that we provide people with joy and inspiration, that our shows create a positive collective and energetic experience, and as composers and recording artists we’ve always aspired to leave something of value behind.

In many ways, we are no different than the five young men who set out from Kingston after graduation 30 years ago; it was us against the world. We realized from our earliest days that working together as a group made us better and stronger, that our combined efforts and talents created something unique. We developed a collegial approach to art and business based on collaboration, hard work and the ambition to be the best we could be. Whether on tour in Europe with the Rolling Stones or playing to an empty bar in Hoboken, N.J., we’ve shared every challenge and every success together. And today, our love and respect for each other is as strong as it’s ever been. That’s our greatest success.

We live in a world in which things change overnight. Technology is so ubiquitous that it often seems to dominate our lives. In many ways, it is redefining us as individuals and as a society. It is even more influential in your profession. You will no doubt face many changes and challenges during your careers. As technology becomes more integrated into our personal and professional lives, it’s important to make the time and effort to appreciate and nurture the human interactions that make life what it is. Let your humanity—not technology—shape and define your work. 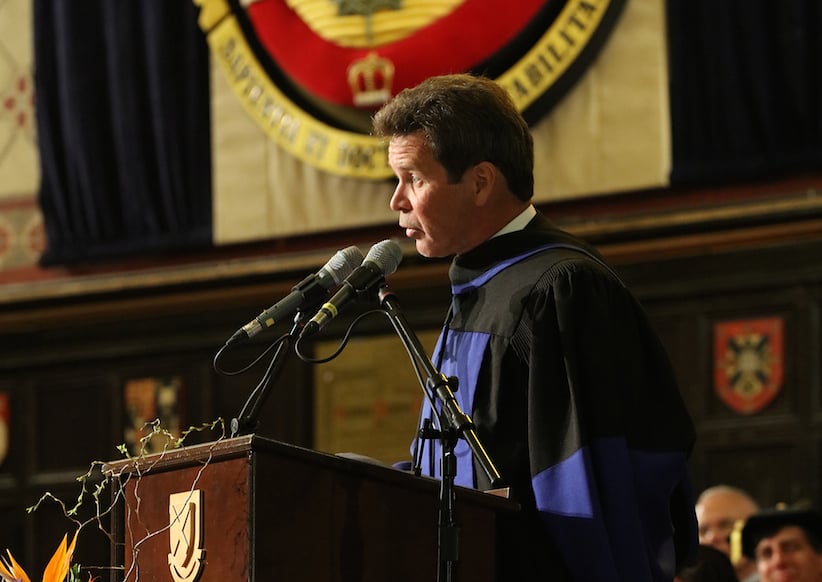 As artists, we can only help to elevate the human condition with our music, but you have the ability, opportunity and power to effect real, positive change. This is, after all, about the people we touch, and there is as much artistry in medicine as there is in music. Be guided by that, and stay true to yourselves, your colleagues and your profession. Build on the foundation of the education you’ve received here—the knowledge, skills, ethics, compassion, empathy and intuition necessary to be the best health care professionals you can be. Recognize that none of us can do it alone. Our career has been the product of our collective approach to working and creating as a group. We have always been very fortunate and we are here together today, as always, the sum greater than its parts.

Have the courage to collaborate, be creative, imaginative and industrious, and have the confidence to share your ideas. Learn how to listen and accept the advice and input of others at every stage of your career. Learn the humility necessary to work effectively and productively in a group environment. Accept that success is something best savoured collectively–not individually. Above all, recognize that the best use of any technology is as a tool to serve the needs of all humankind. Your greatest satisfaction, in every aspect of your life, will come from the interactions with the people you partner with and those to whom you provide help. Your willingness to collaborate, co-operate and participate on a human level will see you through your biggest challenges and take you to your greatest heights.

We congratulate you on your achievements today and wish you every success, peace, and great happiness.

FILED UNDER: Advice to the Class of 2016 FOR THE RECORD The Tragically Hip