This Canadian won millions in a legal fight with Kazakhstan. Was it worth it?

A Canadian mining exec’s decades-long tussle with Kazakhstan is finally over—he hopes. But even though he won, Paul Carroll doesn't see much to celebrate. 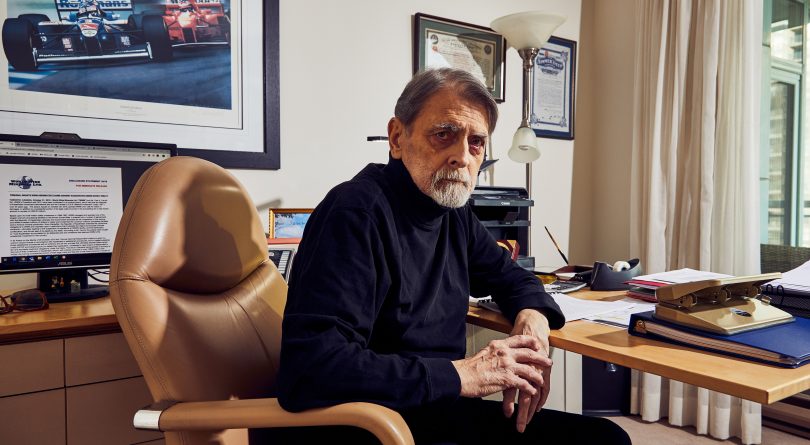 Paul Carroll in his home office (Photograph by Christie Vuong)

The town of Stepnogorsk, a remote speck of civilization in the northern steppe of Kazakhstan, is straight out of a Cold War thriller. For decades, it was a secret—nowhere to be found on a map. It was a company town, and its business was, in part, producing weaponized anthrax. After the Soviet Union dissolved, Stepnogorsk moved away from biological warfare, turning to exploiting vast uranium deposits in the region. But its residents soon found themselves at the centre of a dispute between their national government and a Canadian company that had set up shop there.

Paul Carroll went to Kazakhstan prospecting for gold. Twenty-ﬁve years later, the 78-year-old Toronto-based mining executive ﬁnally reached the end of a seemingly endless legal battle with that country’s government. The ﬁght took him to courtrooms in Washington and tribunals in Stockholm and London. The Kazakhs always seemed to gain the upper hand—that is, until Carroll’s legal team convinced international arbitrators that an obscure bilateral treaty proved they were right all along. On Oct. 29, he was awarded nearly $53 million for his trouble.

It sounds like a princely sum. But Carroll’s experience will go down as one of the great cautionary tales emerging from the ‘Wild East’ era of post-Soviet development.

At ﬁrst, he had no interest in Kazakh uranium. Carroll’s initial visit to post-Soviet Kazakhstan was all about gold. A longtime player in Canada’s mining industry, he ventured to central Asia in 1995 as the fledgling nation rushed to privatize natural resource development after decades under the thumb of Soviet masters. His bid for a prosperous gold mine failed, but opportunity lay elsewhere. Kazakhstan was on the cusp of a uranium export boom, and Carroll’s company struck a lucrative deal in the country’s remote northern steppe to process and export uranium that could fuel nuclear reactors around the world. “Had we been successful,” he says, “we’d certainly be one of the largest, if not the largest” uranium producers in the world.

In 1996, World Wide Minerals agreed to manage the operations of Tselliny Gorno-Khimicheskii Kombinat (TGK), a struggling uranium processing facility. The company loaned Kazakhstan millions of dollars to revive TGK operations and cover unpaid wages and pensions. In return, Carroll says, Kazakhstan agreed to allow World Wide to export uranium to global customers. The company signed contracts with U.S.-based Consumers Energy and later with Taiwan Power. But in 1997, to Carroll’s surprise, the government refused to grant the export licence the company required to actually start shipping its uranium abroad. That’s when the deal with the Kazakhs started to crumble. Within a year, World Wide shut down operations and Carroll claimed the Kazakhs “kicked them out” of the country.

The Kazakh government claims withholding the licence was in its citizens’ best interests. In a press release after the arbitrators’ decision, the ministry of justice claimed World Wide “began to breach the terms of its trust management agreement by failing to pay salaries to employees” in April 1997. “The work at many of the enterprises of TGK was suspended, coal reserves were exhausted, and social tension amongst the population increased as a result,” reads the release. “Preparations for the heating season in Stepnogorsk failed, and the city was on the verge of disaster.”

RELATED: Lithium could help us ditch fossil fuels. But mining is messy.

Carroll has long claimed to have, in fact, rejuvenated Stepnogorsk, including during April 2000 testimony to the House of Commons in Ottawa. “We paid some of the back wages and back pensions that had been in arrears,” Carroll told legislators. “The operation had not been running for at least two years before we took it over.” (The Kazakh ministry of justice didn’t acknowledge repeated requests for comment. The U.S.-based law ﬁrm representing Kazakhstan, ReedSmith, did not respond to similar requests by press time.)

World Wide didn’t go away quietly. The company attempted to recoup its investments and prove the Kazakhs had broken a promise to allow it to export its uranium. After failing to settle out of court, Carroll pursued the matter in the U.S., where both a lower court and court of appeal claimed the conflict was outside their jurisdiction. In 2003, the U.S. Supreme Court declined to hear the case. World Wide then sought arbitration. In 2010, an arbitrator dismissed the company’s claims because World Wide hadn’t moved fast enough and their complaint was “time-barred” under Kazakh law.

That’s when one of Carroll’s lawyers hatched an idea that prompted the ﬁnal, successful gambit. In another attempt at arbitration in 2015, World Wide claimed an old 1989 USSR-Canada bilateral investment treaty, the terms of which would have treated World Wide favourably, applied to Kazakhstan as a successor state. Arbitrators eventually agreed. Four years later came the $52.6-million award. Yet Carroll, who was recovering from a serious back injury when he got the news, was disappointed—he’d sued for well over $1 billion in unrepaid loans and lost proﬁts. And World Wide’s 4,000 remaining shareholders won’t see much of the award. “Nothing like what we thought there would be to make it worth chasing for 21 years,” he says.

The case isn’t quite closed. In its press release, the ministry of justice said it was currently “considering its position” on a possible challenge which it claims could extend the ﬁght “up to two years.” The ministry also spun the end of the arbitration as a “signiﬁcant success for the republic,” given the relatively small payout. If it stands, it will be a peculiar outcome: a win-win in which nobody seems a winner.

This article appears in print in the February 2020 issue of Maclean’s magazine with the headline, “Broken Eastern promises.” Subscribe to the monthly print magazine here.