When Julie Nolke mock-explained the virus to a past version of herself, that video went viral—and tapped into the grim and incredulous mood of the beginning of the crisis 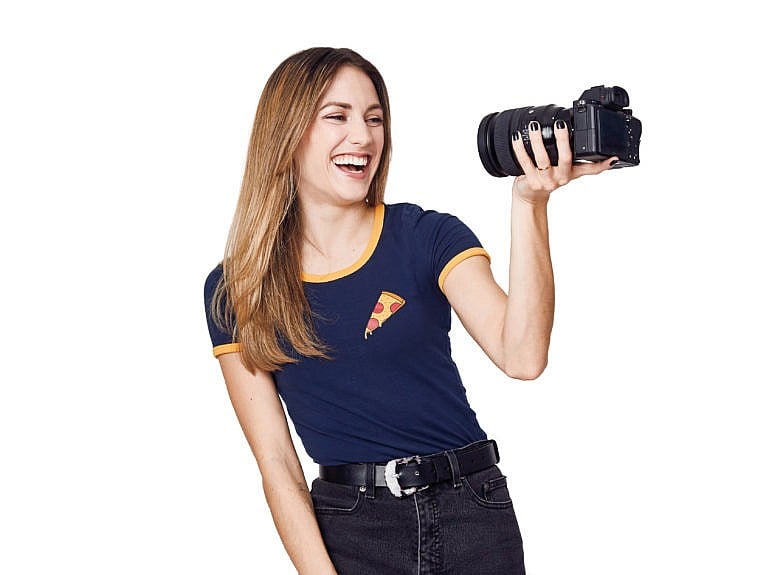 Julie Nolke. This portrait was taken in accordance with public health recommendations, taking all necessary steps to protect participants from COVID-19. (Photograph by Christie Vuong)

Julie Nolke has been experiencing the pandemic in two very different ways. Like the rest of us, she’s worried about the scars the virus will leave behind. But at the same time, her career as a YouTube entertainer, writer and actress has skyrocketed.

This theme of duality is a big feature in her claim to fame from early on in the pandemic: a viral YouTube video that spawned a few sequels. They feature two Julies: one from the present explaining the pandemic and the roller-coaster 2020 that followed to the other, her past self. Her first video from April 2020 tapped into the grim and incredulous mood of the beginning of the crisis. It was shared widely and has 18 million views just on YouTube. Nolke’s channel exploded to more than 800,000 subscribers to date (and she was profiled in this magazine). Now, months later, her acting training is coming in handy as she starts a supporting role in a major feature film. Her success in the midst of this annus horribilis, she says, has been “wonderful but also surreal and challenging to juggle.”

The Calgary-born Torontonian considered ending her “Explaining the pandemic to my past self” series after part two, which aired as protests against racism took place against the backdrop of the health crisis. “I didn’t want to be known as the girl who makes pandemic videos,” she says. But it was clear the relatability of her videos hadn’t run its course just yet. The year delivered on awful news, and she would receive messages from viewers every day, asking when the next episode would grace their screens. “I had to put that pride aside because that’s what people needed. It’s what brings them joy.”

The series alone has received a total of 31.6 million views on YouTube (her total channel views hover around 95 million). The success of her series might go beyond relatability and entertainment. Watching innocent past-Julie assume things can’t possibly get worse, while sharing the headspace of the wiser, often traumatized (and sometimes drunk) present-Julie, gives the viewer power during a time they’ve been stripped of it. “I do think that comedy is therapeutic, and my videos have been a way for people to process,” she says. The viewer is in on the joke, she says. They don’t feel like it’s made at their expense, which works when “people’s psyches are so fragile.” Rewatching her videos months later is like opening a time capsule from the worst year ever, packaged as a laugh—just in case you’d forgotten that Beirut blew up and a certain “Notorious RBG” died.

Part four, released at the end of 2020 when vaccine approvals were in the news, makes a cheeky nod to Nolke’s ironic real-life situation: as the world’s circumstances improve, her career-boosting series will likely come to an end. “I hope you brought a parachute, because we’re going to nosedive into obscurity,” says December Julie.

Still, a lot has changed since that last video: the U.S. Capitol riots and the more contagious virus variants brought new fears to the masses—more than enough fodder for another video. “I think I might have to make a part five,” she says. “But boy, I wish I didn’t have to.”