Prime Minister Trudeau confirmed that Flight PS752 was likely downed by a missile strike. These are his remarks at a press conference in Ottawa. 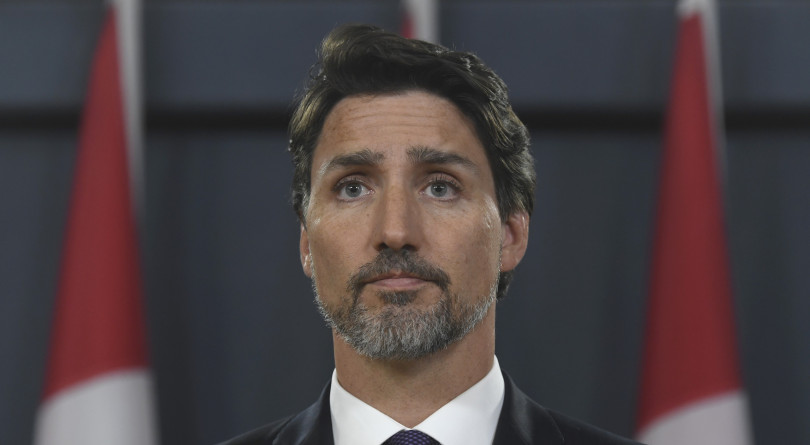 (In French) Hello everyone, and thank you for being with us. Across the country, I continue to discover the stories of those who lost their lives in the plane crash yesterday in Iran. I think about the victims and their families and of the communities who are mourning those losses. What happened yesterday is a tragedy. It not only shocked Canada it shocked the entire world. Before continuing, I would once again like to offer my most sincere condolences to the families and loved ones who are grieving. We all stand with you. (Translation ends)

What happened yesterday was a tragedy. A tragedy that shocked not only Canada but the world. Before we go any further I want to extend once again my most sincere condolences to the families of the victims and their loved ones. I and we are all standing with you.

Since I last addressed Canadians, there have been ongoing discussions with foreign ministers, senior intelligence and military officials including the fourth meeting of our incident response group. There have been important developments regarding the potential causes of this deadly crash, developments of which Canadians should be made aware. The news will undoubtedly come as a further shock to the families who are already grieving in the face of this unspeakable tragedy. We have intelligence from multiple sources including our allies and our own intelligence. The evidence indicates that the plane was shot down by an Iranian surface to air missile. This may well have been unintentional.

As I said yesterday, Canadian have questions and they deserve answers.

(In French) Allow me to repeat what I just said in French. We have intelligence from various sources, notably from our own intelligence services and those of our allies. This information indicates that the plane was brought down by a surface to air missile from Iran. It is possible that this was inadvertent. This news confirms the need to have an in-depth investigation into this affair.

As I said yesterday, Canadians have questions, and they deserve answers. Canada is working with its allies to ensure that an in-depth investigation is conducted, so that we can uncover the causes of this tragic crash. (Translation ends)

Last night, Foreign Minister François-Philippe Champagne spoke with Iranian Foreign Minister Zarif. Minister Champagne made it clear that Canadians officials must immediately be granted access to Iran in order to provide consular services, identify the victims and participate in a thorough investigation. He also condemned Iranian strikes that targeted military bases in Iraq, where coalition forces, including Canadians, are currently stationed. Minister Zarif committed to continuing this dialogue with Canada as we seek answers.

I spoke with Ukrainian President Vladimir Zelensky earlier today and conveyed my condolences to the many Ukrainians who perished in this tragedy. He reassured me that Ukraine is taking all necessary measures to ensure a thorough investigation. We will work closely with Ukraine and our partners throughout this process.

I also called Prime Minister Mark Rutte of the Netherlands. He shared with me his experience with handling the aftermath and investigation in Malaysian Airlines Flight 17. (In French) I also spoke to French President Macron once again today, who offered his assistance as we move through this very difficult time. I’m also in contact with a number of other international leaders and those conversations are ongoing. We will continue to work closely with our partners in the coming days and months. (Translation ends)

In light of this new information, it is now more important than ever that we know how such a tragedy could have happened. The families of the victims and all Canadians want answers. I want answers. That means closure, transparency, accountability and justice. And this government will not rest until we get that.