'Without thought,' Margaret Lehre ran toward the shots

'That’s what Canadians do, right?' says the nurse who joined others in trying to save Cpl. Nathan Cirillo 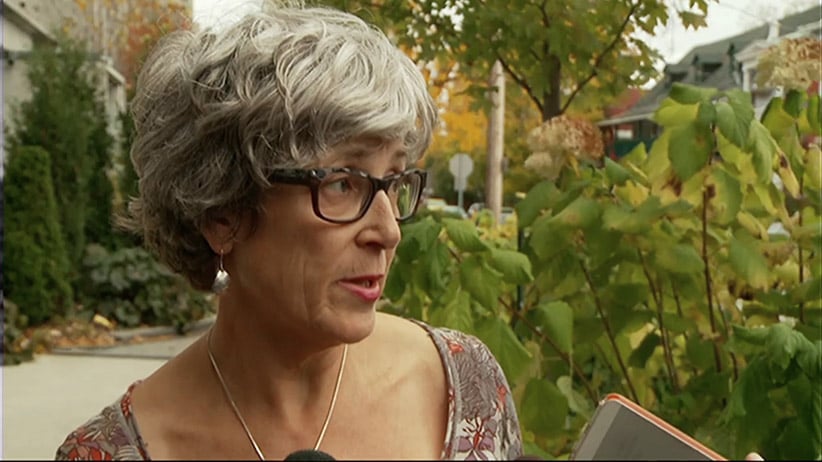 Margaret Lehre, who works at Bruyère Continuing Care near Parliament Hill, was walking to work on Oct. 22 when she saw a man aiming his gun at a soldier guarding the Tomb of the Unknown Soldier. At first, she assumed it was a mock military exercise. Then she heard shots. She ran toward the scene of what was a fatal crime, to do whatever she could to help—what she says was her duty as a Canadian.

Q: You are a nurse and you tried to save Cpl. Nathan Cirillo. Tell me about that day.

A: I was walking between my work buildings. I heard shots. I looked and there was the [gunman] in full shooting position. It seemed theatrical. There was this great long gun.
There was another bystander there. I turned and I said, “Is this a mock? Is this a drill?” Then I looked toward where the fallen soldier was, with his comrade leaning over him. His comrade yelled, “Call 911.” And I thought, this is still really sounding like a drill.
I looked to see if someone was filming. It became clear that it wasn’t a drill. That’s when I ran forward, without thought, just to see what I could do. When I got there, I asked the soldier who supervises the two soldiers at the tomb what I could do to help and he told me very specifically. He was in control. He said, “Put your hands here. Put pressure. He’s been shot twice.”
That’s when I looked up to the soldier’s head and saw that he wasn’t breathing and I asked someone to start CPR. There was this other amazing woman [Barbara Winters, a lawyer at the Canadian Revenue Agency]. I thought she was a relative of this soldier. She was talking and she was consoling the soldier in such a compassionate way that I thought he must be a loved one. I asked her if she could could check for the pulse. There was no pulse. I asked her if she could do compressions and she did.
There were four or five of us now, all focused on this soldier. None of us knew each other. We were all focused on helping this soldier survive. It was amazing how well people performed.
There were a couple of things that were quite upsetting. There was a ring of observers taking photos. I yelled to another soldier, I think, who was standing there, “Tell those people to step back and tell them to stop taking photos.”

Q: Were they media or bystanders?

A: At that time, they were bystanders. We were getting anxious and we could hear so many sirens. And we are wondering: where’s our ambulance? We got someone else to step in to take compressions. It is tiring. Barbara, the other volunteer, she stayed there to comfort the soldier, to say, “We’re with you, we’re working hard, the ambulance is coming, how heroic you are.” She was really amazing. I want speak about this  soldier’s comrade, this heroic effort he made to staunch and control the bleeding of his fallen colleague. The next time I looked up, that’s when there were media with big cameras. I couldn’t figure out how the media was there. I couldn’t figure out how there was no ambulance yet. By this time, there was a policeman. I said, “Please push them back and stop the filming.” All you can think of is this soldier would be recognized and that is his job to be at the tomb and you can clearly see his spats of his uniform and they’d know who he is and we shouldn’t see him in this state.

Related post: The story of the strangers who tried to save Cpl. Nathan Cirillo

Barbara did this just phenomenal job, telling him, “We’re here, we’re helping.”
People ask me, “Were you scared?” It was never about being scared. It was just about this real focused effort by these strangers to help a soldier whose normal role was defending us.
I come from a military family. My dad was a Second World War veteran, his entire career. My oldest brother’s career was in the military. My youngest brother also went to military college. I run and walk the Army Run.
In the media, people are talking about their reactions, how this has changed Ottawa, how we live in Ottawa. I am not a fearful person. Other than snakes, I have no fear. I run at night, I walk at night. I realized this is not going to bother me. At 61 years of age, I am not going to become a fearful person. This is not going to have a lasting effect on me. The five of us who were there, we worked together to do our best for the soldier and that’s the memory I’m going to have, that we could pay back, then I am not going to be afraid.

Q: How far from the shooter were you?

A: I would say 20 to 30 feet. I could see the guy clearly. My perception of what I saw is quite different, as it turns out. But I could see his gun very clearly. I was very close. When they had taken the corporal in the ambulance, I approached the one policeman to say “I saw it all. Do you want us to stay to give a description?” In my mind, I had a crystal clear image of what he looked like. And, as it turns out, I had most of it right but I didn’t have all of it right. That’s just something I find interesting about perception. As they say, eyewitnesses are not usually that reliable.

Q: Have you kept in touch with anybody since the incident?

A: I think I will approach the police to find out about Barbara, in particular. I would like to check how she is doing. I know we were both emotional at the police station. We went through something pretty special—you know what I mean by that. I am very concerned for her and very concerned for the soldier whose comrade was there. He was helping so hard to keep him alive.

Q: Did you see the shooter run away? Did you know he had left the scene?

Q: That there could be another gunman?

A: I saw him run away but I didn’t even think about it afterwards. I just assumed they had got him. It was just this intense teamwork to focus on Nathan. I have the privilege to call him by his first name, I guess.

Q: You have done a very heroic thing.

A: I am not even comfortable with that word. I just did my duty. I just was a first responder, a nurse, a military [family] person. That’s what Canadians do, right?