At the boundary between Canada and the U.S, is it still business as usual for American border guards? 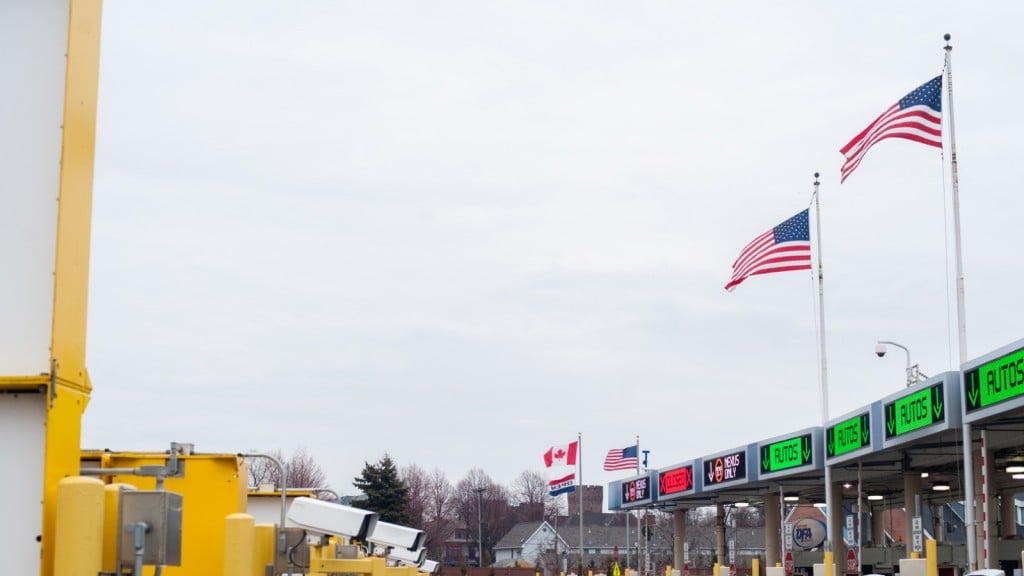 The world’s worst ofﬁce space with a window view may be inside a small silver box in Buffalo, N.Y., just across the Peace Bridge from Fort Erie, Ont. America’s Custom and Border Protection (CBP) ofﬁcers stare at beat-up Dell monitors while space heaters give them some extra warmth. They have no access to their own cellphones. Exhaust fumes ﬁll the air from 18 lanes of stop-and-go trafﬁc.

America’s gatekeepers continue their routine with each passing car. Get the passport and ask where the car full of people is heading. For each vehicle, the process can take less than a minute. That is, unless the CBP ofﬁcer gets that feeling. “When you ﬁrst pull up, a lot of that ﬁrst interaction you get a feel for the person,” says Rich Misztal, a CBP immigration liaison. “You get that gut reaction. A lot of this job falls on that gut reaction.”

Plenty of Canadians have found themselves on the wrong end of that gut feeling, in which case they are sent inside the building next door for a secondary inspection, where ofﬁcers can ask for ﬁngerprints, Facebook passwords, cellphone contacts and even a strip search. Declining is an option, but good luck getting into the Land of the Free by saying “no” at this ﬁrst line of defence.

Even those who dutifully answer the questions, or temporarily give up their electronics, are still being turned away: a Montreal nurse was given no reason why he couldn’t enter the country to protest in the Women’s March last January. A Moroccan-born Canadian citizen with plans to go cross-border shopping with her daughters was turned back after border guards asked questions about how she feels about Donald Trump. CBP ofﬁcers are entitled to ask such questions, even if they seem to be inviting controversy.

“If somebody had a Bible on the dashboard, you might ask where they go to church or, ‘Are you a Christian?’ ” says Dave Long, a CBP spokesperson. “If you asked that question of a Muslim wearing a hijab, given the political climate we’re in, we’re off to the races.”

Nothing has changed for the border guards since Trump was inaugurated, Misztal stresses. It may not feel that way to Canadians, though. The Girl Guides of Canada are no longer travelling across the border to the U.S. at all, for fear one of their own might be turned away at the border, while entire school districts across Canada are calling off U.S. ﬁeld trips. The bad press might explain why the CBP agreed to a behind-the-scenes tour. “There’s no mystery to what we do,” says Long. 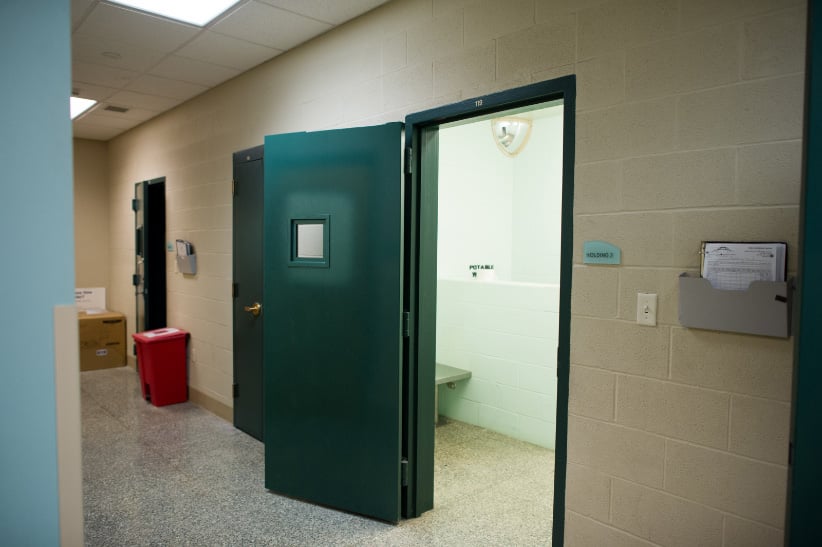 The ﬁrst glimpse behind the border is the highest-security area, where three holding cells sit empty. A 15-minute timer is outside to ensure regular check-ups, while the key to entry looks like it could have been a prop from The Shawshank Redemption. If anyone crosses the border with a warrant out for their arrest, they’ll likely end up here. On the other side of the hallway are three interview rooms. Two are furnished with simple silver chairs and a desk, while the third room has two cushioned armchairs, a couch and a lamp. “It’s the honeymoon suite,” Misztal jokes. Travellers don’t want to end up here. “We have more arrests than any other agency, just out of people who are wanted,” Misztal says.

For a co-operative Canadian, however, the worst-case scenario is being sent back to Canada. Conversations mostly take place in a “medium-secondary” area. “It’s the people in medium-secondary, when you know they’re not being truthful, you’re going to use whatever avenue you can to ﬁnd out what the truth is,” Misztal says. And that means getting access to phones, laptops, email passwords. “Usually people who are apprehensive of giving their cellphone it’s because there’s something they don’t want us to see,” Misztal adds.

There isn’t a spot along the border crossing that isn’t being videotaped—and recorded. In one room, an ofﬁcer is watching nearly a dozen monitors (each with the ability to divide into 64 smaller screens). If this gets tiresome, there’s a TV ﬁxed on Fox News.

The CBP’s tour guides are chipper, but it’s tough to get a read on the mood of frontline employees who aren’t at liberty to talk with media. The unions representing the U.S. border patrol (who patrol between ports of entry) and U.S. Immigration and Customs Enforcement have both said their morale is way up thanks to Trump, but the union representing CBP ofﬁcials hasn’t been as vocal. “While it’s true that the president’s January executive order calls for hiring additional border patrol agents, and immigration and customs enforcement agents, it does not call for a single new additional CBP ofﬁcer,” explains Tony Reardon, the national president of the CBP’s union, in a statement to Maclean’s. “It takes a real toll on CBP ofﬁcers who work too many hours, are sent away from their homes for weeks at a time and have little control over their schedules. Home lives suffer and morale dips.”

These ofﬁcers have not, meanwhile, been cracking down at land entry points along the U.S.-Canada border: according to CBP data, 2,579,245 non-U.S. citizens were permitted into the U.S. at these crossings in February, compared to 2,510,843 in the same period last year. A total of 1,583 non-U.S. citizens were denied entry in February (about 1,200 of them Canadians), compared to 2,409 total rejections in Feb. 2016 (of which about 1,700 were Canadian). The same trend—more accepted, fewer rejected—holds up for January numbers. Ironically, Americans are being refused entry into Canada in growing numbers. In 2014, 7,509 American citizens were refused entry, according to data from the Canada Border Services Agency obtained by La Presse. Last year, it was more than 30,000.

Misztal insists school groups from Canada have nothing to worry about from Trump’s efforts to tighten America’s borders, such as the so-called Muslim ban, so long as the children have their papers in order. “If you read the executive order, all that deals with is issuing of new visas, which is the Department of State,” says Misztal. “With regards to us at the border, it’s business as usual.”