What one donor to the UCP's 'kamikaze' candidate thought he'd get

Jeff Callaway's 'bodyman' hoped to be a player in Alberta politics—and maybe even work for Jason Kenney if he won. So he gave what he thought was a legitimate donation. 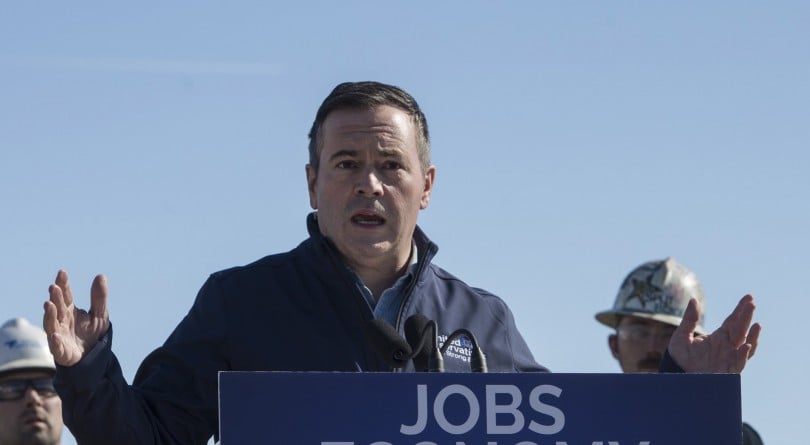 At least one donor to the kamikaze candidate campaign to undermine Jason Kenney’s key rival in the 2017 United Conservative Party leadership race has told Maclean’s he didn’t believe he was doing anything wrong when he handed over thousands of dollars.

Jeff Park said he thought he was being a team player when he gave $7,000 in cash—on behalf of himself and his wife—to the Jeff Callaway campaign on the eve of a crucial deadline.

Park, who said he was employed to be Callaway’s executive assistant, believed he was donating a sizable percentage of his first paycheque in the hope that the campaign could pay a $57,000 entry fee to stay in the leadership race.

As reported previously in Maclean’s, Jeff Callaway campaign coordinated closely with Jason Kenney and several of his senior staffers with the intent to attack Kenney’s main competitor for party leadership, Brian Jean. The campaigns coordinated on several fronts, sharing speeches, communications strategies and debate talking points; according to documents leaked to several media outlets, the Kenney campaign even created video attack ads and graphics aimed at Jean, on behalf of Callaway.

However, there is no evidence linking Kenney to the funding of the Callaway campaign. Maclean’s was given bank documents showing that a corporate entity controlled by Calgary businessman Robyn Lore transferred $60,000 to the personal bank account of a Callaway campaign staffer named Cam Davies on Sept. 11, 2017—shortly before the $57,000 entry fee was due.

Davies also admitted to finding several false donors to the Callaway campaign to hide the true origins of the money. Alberta elections law limits political donations to an annual limit of $4,000 per person; it is illegal to donate money on behalf of another person or entity.

The documents show that the money left Davies’ account in several tranches the same day it was deposited; about half of it was withdrawn in cash. The other half was wire transferred directly to three individuals.

One of them was Jeff Park.

Park said he was hired by Callaway’s team in the summer of 2017 to act as the candidate’s executive assistant, or “bodyman.”

Park had been working various volunteer and paid roles in Alberta politics for years, mostly within the Wildrose Party. He saw the Callaway campaign as an opportunity to break into Alberta politics more seriously.

Park said that he was led to believe that the Callaway campaign might also provide an opening for him to work for Kenney directly.

RELATED: The RCMP have questions for Jason Kenney’s team on voter fraud allegations

“It was explained to me that…you know, Jason hasn’t been in Calgary or Alberta all that much and he doesn’t know the Alberta political operatives as well as he should and this would be an an avenue to—if Mr. Kenney was to win the leadership and we were to drop out early, which was always presented as being on the table—to make sure there were more Alberta-based people involved in Mr. Kenney’s leadership campaign and leadership office if he were to win.”

Park said that while he viewed opposing Brian Jean as a legitimate campaign, and that he was not aware of the degree of collusion between the Callaway and Kenney campaigns.

Park said he was hired on to be Callaway’s bodyman at a higher salary than he expected. He asked for, and received, a $7,000 signing bonus to make the job worth his while if it folded after only a few weeks. Technically, he said, he was employed and paid by Energize Alberta, Callaway’s Political Action Committee—which was legal and common practice for campaigns at the time.

Around Sept. 1, 2017—and only a few weeks into his new job—Park said he was told to submit his first invoice, which included the signing bonus and his first weeks of pay. The total amount was for $10,000.

At around the same time, he said campaign staffer Cam Davies began to ask him for a donation to the campaign.

“It was explained to me that without some very substantial donations happening very quickly, there would be no more Jeff Callaway campaign for leader of the UCP. He was telling me that the campaign was going to fold up without these donations; that he really needed for me and my wife both to max out to the campaign, which would have been $4,000 each,” Park said.

It was further explained to him that this was standard practice on political campaigns. Park haggled Davies down to $3,500 a piece for a total household donation of $7,000—70 per cent of his first paycheque.

RELATED: What a ‘kamikaze’ mission reveals about Jason Kenney

Park said there were several reasons why he went along with this; first, he believed in Callaway and was committed to ensuring Jean did not become premier. Second, he knew that he would not receive any more paychecks if the campaign folded. The tax write-off for political contributions made the donation worthwhile. Lastly, he believed that the donation was necessary for him to continue to progress with a career in politics.

“I also believed, frankly, for my own career, a campaign that burned up on the runway before it ever took off would not be so great and I felt like, to be able to sell myself as a real player in Alberta Conservative politics, being one of the few people who could claim to be one of the key members, one of the core strategic members, of a province-wide campaign would have been something to hang my hat on,” Park said.

Out of that $60,000, Park received a bank transfer for the amount of $10,000 from Davies’ personal account. Though Park thought he would be paid by Energize Alberta—and subsequent paychecks did, indeed, come from that PAC—he said he was unaware of the true origin of the money, and didn’t think anything of the matter at the time.

It’s not unusual to receive wire transfers from campaign staffers, in his experience.

“In these political campaigns the most common analogy is that you’re building the plane while you’re trying to fly it,” he said. “A certain amount of sloppiness where the money is coming from is not unusual and I’m not a finance guy. I always worked under the assumption that the campaigns are making everything solid on the back end.”

The deadline for the leadership fee then imminent, Park said he immediately withdrew the $10,000 in cash from his account; $3,000 was put aside to pay personal bills. The rest, he and his wife divvied up into two $3,500 donations, filed out donation receipts, and sent to the Callaway CFO Lenore Eaton that very night.

Eaton did not respond to request requests for comment.

Not everyone involved in Callaway’s financing handled actual cash. Happy Mann, a longtime Conservative operative involved with both the Callaway and the Kenney campaigns, said that he agreed to give his name, and the name of two members of his family, to be counted as donors.

Financial disclosures list the trio as having donated a total of $9,000.

“I never received any cash and I never gave any cash,” he said. “I’ve been told we need two to three names who could be used who can give receipts.”

Mann admits that he offered the names of his wife and brother without their consent: “They were totally naive and innocent from this.”

Jeff Callaway declined to comment for this story but has previously denied that his campaign colluded with Kenney’s campaign. He also said all donations were above board.

“Funding came from donations in the same way as any other campaign. Our financial report was audited, just like all campaigns. It was my understanding that all donations were made legally,” he told Maclean’s in an interview for a previous story. 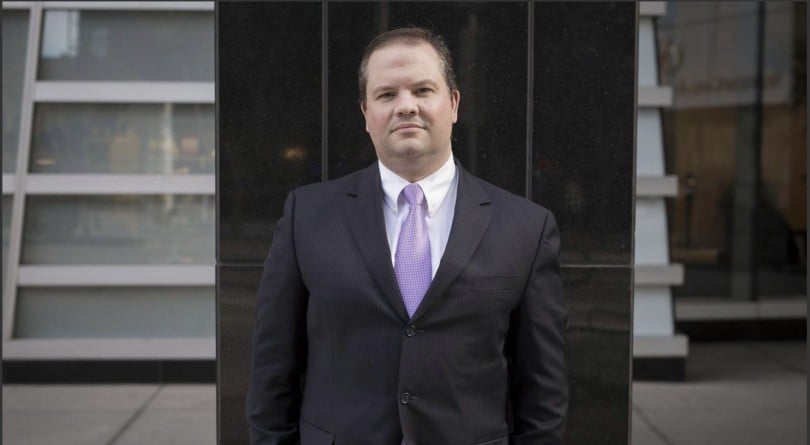 Corporate registry searches show that Robyn Lore is one of four directors of the PAC Energize Alberta.  Also, both Lore and Eaton are listed as directors of a company called iChurchill, which was established in 2018 with the plan to purchase assets in the Port of Churchill in Manitoba, eventually making it a major shipping port for Alberta oil.

One of Callaway’s major proposals during his leadership campaign was to encourage the government of Alberta to buy the Port of Churchill to help the province gain access to tidewater for its beleaguered oil export industry.

Lore did not respond to request for comment for this story.

While Cam Davies said he did pursue Jeff Park for a donation to the Callaway campaign, he was unaware of any previous financial arrangements between Park and the campaign at the time.

Park’s donations are now under investigation by the Alberta Elections Commissioner.

To date, several Callaway supporters and donors have been penalized or reprimanded for participating in his leadership bid. Donors Darcy McAllister and Karen Brown have been fined several thousand dollars each. Davies faces fines of $15,000 for obstructing the investigation—a judgement he plans to appeal.

Callaway’s campaign manager Randy Kerr has been disqualified by the UCP for running in Calgary-Beddington for failing to be to be “forthright” with the party about his financial arrangements in the campaign.

Park expects he, too, may be hit with a severe fine.

“Frankly it’s been difficult on me and my wife. We’re not people of great means. We can’t afford to go out and hire expensive lawyers who are going to help us navigate this,” he said. “It’s been a gigantic disruption on our lives and, frankly, a huge and heart-rending disappointment as more of these facts come to light, about people that I truly believed in…these are people who I thought I was in a trench with and I could rely on.”