Who may have broken the law in the SNC-Lavalin affair?

Opinion: The common claim that nothing illegal took place overlooks a multitude of laws, codes and conventions that might apply. Where the evidence is clear, the authorities should charge and prosecute. 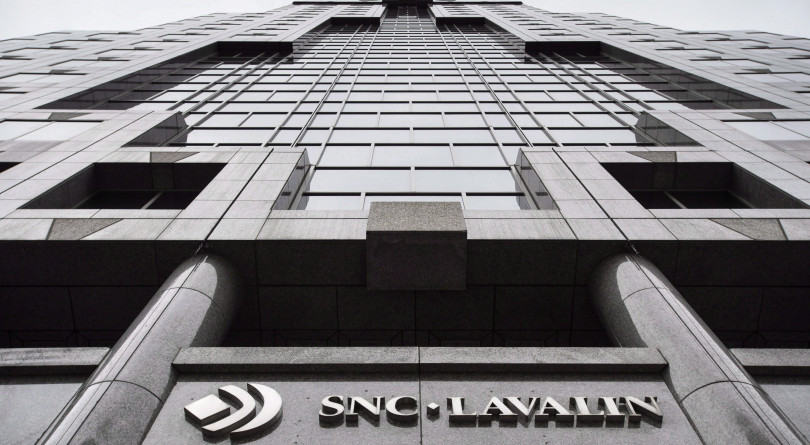 In her testimony before the Commons justice committee on Feb. 27, former attorney general Jody Wilson-Raybould was asked whether the pressure she said 11 people had put on her to stop the prosecution of SNC-Lavalin was illegal?

She responded: “In my opinion, it’s not illegal… It is incredibly inappropriate and is an attempt to compromise, or to impose upon an independent attorney general.”

Prime Minister Trudeau, Gerald Butts and Michael Wernick responded in the days following with a slightly different claim—that “no inappropriate pressure” was put on Ms. Wilson-Raybould.

All their responses are questionable for several reasons. First, the independence of the attorney general’s decision-making concerning prosecutions is based on a constitutional convention called “The Shawcross Doctrine” after the British attorney general who set it out in 1951.

As Sir Hartley Shawcross stated, other cabinet ministers can provide information to the attorney general about the effects of a prosecution, but no pressure is allowed.

Now, it’s true that constitutional conventions are not fully “laws” because they are unwritten rules based on traditions and practices of politicians and other key figures in politics like the governor general and the lieutenant-governor in each province.  However, some argue that the independence of the attorney general has greater legal status—as a constitutional principle.

RELATED: Justin Trudeau has fallen for his own image

In any case, conventions are part of Canada’s constitutional law, and so in that sense violating a convention is “illegal.”

Secondly, the federal Conflict of Interest Act prohibits any cabinet minister, cabinet staff or senior government official from even attempting to influence a person’s decision “to improperly further” the interests of another person, business or organization. In several past rulings, the ethics commissioner has defined “improper” as including violating any rule, policy, code, law or regulation.

Given that any pressure put on the attorney general violated a constitution convention or principle, it was clearly improper. The pressure was applied to advance SNC-Lavalin’s clear interest in not being prosecuted. Therefore, it seems clear that at least some of the people who applied the pressure violated the federal ethics law (the ethics commissioner will rule on whether they did).

Thirdly, several lawyers, including five people who served in the past as attorney general (for Conservative or NDP governments), have called on the RCMP to investigate the actions of the people who pressured Wilson-Raybould as a violation of the Criminal Code rule that prohibits obstructing justice.

The rule states that it is a violation to wilfully attempt “to obstruct, pervert or defeat” the course of justice. Those are vague words and, as a result, no one knows how they apply exactly to a situation like the pressure put on the former attorney general that has never been made public before.

What should the RCMP and prosecutors do with such a situation? The test for deciding to prosecute is whether there is a reasonable prospect of a conviction, and whether it is in the public interest.

RELATED: A government called. Its centre is missing.

What is “in the public interest” in any case? Part 2.3 of the federal prosecution policy states that the following factors should be considered: the seriousness of the offence; the harm it caused to the victim and society in any way; the degree of responsibility of the accused, and whether they were in a position of authority or trust; the need to protect confidential information, and; whether a prosecution is needed to maintain confidence in the justice system.

The policy also says that prosecutors must not be influenced by, among other factors: “Possible political advantage or disadvantage to the government or any political group or party.”

So what should they do? Their default position should be to charge and prosecute anyone where there is clear evidence (such as emails or other written records) that they pressured the attorney general. The courts should be given the opportunity to decide whether the obstructing justice line was crossed.

Finally, when now-former Privy Council clerk Wernick testified before the House justice committee last October, he said that SNC-Lavalin board chair Kevin Lynch called him about the decision to prosecute the company. Lynch did not register that lobbying in the federal lobbying registry, and the lobbying commissioner will rule on whether he violated the lobbying law by failing to register.

The ethics commissioner will also rule on whether Wernick gave preferential treatment to Lynch by taking his call, which would violate section 7 of the federal ethics law given Lynch is Wernick’s former boss.  As well, the ethics commissioner will rule on whether Lynch and Eric D. Siegel, president and CEO of Export Development Canada until 2010, and SNC-Lavalin board member since 2012, have been violating the law by advising the company. Subsection 34(2) of the ethics law prohibits former officials from ever giving advice based on secret information they learned while working for the government.

RELATED: The one and only person to blame for the SNC-Lavalin scandal

Given all of the above, why did Jody Wilson-Raybould claim that nothing “illegal” happened, and why have the PM, Butts and Wernick claimed that everyone upheld the highest ethical standards? In Wilson-Raybould’s case, likely because hiding or failing to act upon potentially illegal actions by her cabinet colleagues wouldn’t look very good. As for the others, their denials are likely because it is standard practice to deny wrongdoing and challenge anyone to prove it.

Given all we now know, Wilson-Raybould should have disclosed publicly that she was being pressured as soon as it happened last fall, and reported it to the ethics commissioner and the RCMP. That she didn’t go public shows the inherent conflict of interest the attorney general is in because he or she is a politician and member of cabinet.

Also hopefully, the ethics commissioner, RCMP and federal prosecutors will do their jobs properly so everyone who has clearly violated the federal ethics law will be found guilty before the fall election and, if no one is charged with obstruction of justice, a full, public explanation from prosecutors why they made that decision. Canadians deserve no less.