Why Canadians have a thing for mythical lake monsters

With summer comes a new spate of sightings of mysterious creatures in the country's inland waters. Call it our national pathology. 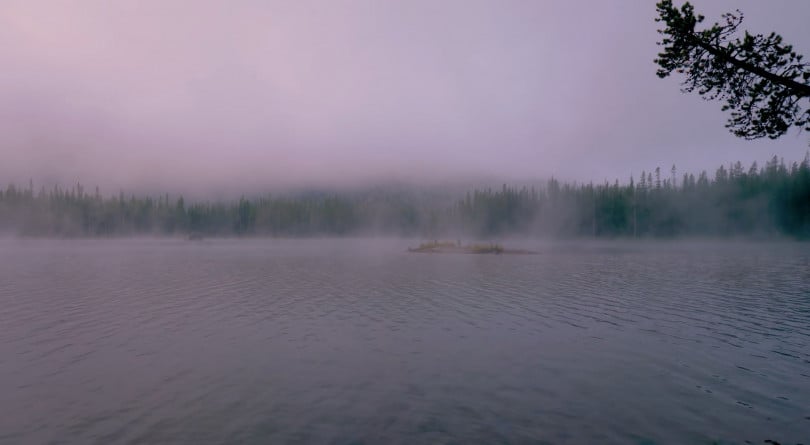 Reports abound of mysterious creatures in Canadian water bodies, including the spooky lakes of Manitoba. (Shadowblaze/istock)

It was the summer of 1959, or maybe 1960. Donn Kirton can’t be sure. A resident of St. Laurent, a small community on the eastern shore of Lake Manitoba, and the 35-year-voice of CJOB radio (he was with CKY at the time), Kirton was renting a beachside cottage, minding his business. Smartphones didn’t exist in those days. Calling someone meant dropping coins into one of the payphones on the street. So one evening, as was custom, a close friend knocked on his door.

“I’ve got a big news story for you, Donn,” the friend said breathlessly.

Someone had spotted Manipogo. The pair quickly climbed inside the old Packard that Kirton’s friend was driving, and made their way to the woman claiming to have seen the mythical monster said to dwell in Lake Manitoba. Kirton interviewed her, and the story aired early next morning. Pandemonium ensued. He recalls more than a hundred boats, including the RCMP’s, scouring the beach in search of the elusive creature, only to be called off at sunset without a sighting or picture. But the day had been thrilling. Kirton’s friend, who owned a local eatery, had never sold so many hot dogs.

Tales of seeing Manipogo, first-, second- and third-hand, have been told in Manitoba for generations. And every summer they seem to take on new life, further entrenching themselves in the province’s folklore, much like the serpent that purportedly lurks within Loch Ness in Scotland.

RELATED: Monster season is upon us

It’s that season again, and though there hasn’t been a sighting in recent years quite like the one Kirton broadcast, town officials in St. Laurent say they still hear of locals claiming now and then to have seen strange things in the water. Despite an absence of solid evidence to suggest that such a creature ever existed, children in the province’s Interlake region grow up learning and laughing about it. Some grow up wary of swimming, convinced the monster is actually out there.

Stories of a sea monster lurking in the depths of Manitoba’s lakes are actually centuries old. The creature plays a role in Indigenous myth and spirituality, and has been brought to life in paintings by Norval Morrisseau. Anishinaabe people know it as gichi ginebig, meaning both giant serpent and great healer (though those in search of healing should be careful—it can be dangerous). Amber Ongenae from the Sagkeeng First Nation learned about the creature through a community wellness program at the University of Manitoba. “As Indigenous people, we are storytellers,” she says. “That’s how we do our teachings, that’s how people related to one another—through the use of stories.”

Manipogo derived its modern name from Ogopogo in 1960, a similarly described water creature that supposedly resides in B.C.’s Okanagan Lake. Last month, a local man claimed to have seen and captured video evidence of Ogopogo, stirring renewed interest in legendary lake monsters across the country. An eel-like monster named Cressie is said to lurk in Crescent Lake in Newfoundland and Labrador, and Champ is believed by some to live in Lake Champlain, shared by New York, Vermont and Quebec. Similar myths are linked to numerous other Canadian lakes.

“We have this desire for mystery and knowing the unknowable,” says Chris Rutkowski, a Winnipeg science writer known for his work on UFOs and the author of Unnatural History: True Manitoba Mysteries. “We look out to the waters that are impenetrable and imagine things that are either scary, or something that’s calling to us. There’s even an element of disbelief or distrust in science.”

The unexplored darkness of lakes and oceans, he notes, serve as one of the gateways for these fascinations. Manitoba has more than 110,000 lakes (Lake Winnipeg is one of the world’s largest), covering nearly 16 per cent of its surface area. It’s unlikely that such creatures exist, Rutkowski says, but the legends “really add to who we are as a culture and a people.”

The province’s first monster sighting by a settler was reported in 1909 by Hudson’s Bay Company fur trader Valentine McKay, who claimed to have seen a massive creature in Cedar Lake. (And there have been similar accounts in Lake Winnipeg and Lake Winnipegosis.) Descriptions vary, but the serpentine monster known as Manipogo is thought to be long—anywhere from four to 15 metres—and black or brown in colour, with humps that rise above the water. Some claim to have heard it release a screeching cry. 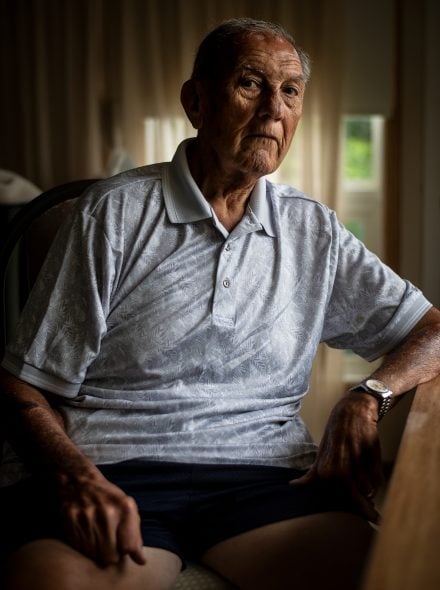 Don Kirton, 85, sits for a photo in his home on Lake Manitoba where the legend of the sea monster Manipogo was sighted. July 17, 2019 (Photograph by Aaron Vincent Elkaim)

In St. Laurent, a proud Métis community, the creature is part of the town’s identity. There’s a golf course named after it and the local hockey team is known as the Lake Monsters. In 2011, after one of the worst floods in the province’s history forced residents and cottagers to evacuate, Kirton says Manipogo chatter went dormant. St. Laurent slowly rebuilt itself—it was known for its excellent beaches; as a day-trip destination for city folk. Cheryl Smith, the reeve of the rural municipality, says beach-goers from out of town aren’t typically there looking for monsters. Yet she finds herself fielding questions when they learn there might be one out there: “Is it true? How many people have seen it? Is it still alive?”

Smith comes from a family of commercial fishermen. To this day, she says, fishermen complain about finding gaping, unexplainable holes in their nets after they pull them out of the water. The running joke is that the culprit is Manipogo.

Laurent Dumont grew up in St. Laurent. He was 10 when he had an encounter with a lake creature, around 1970, and has wondered ever since what exactly he saw. He had spent the day fishing with family and friends; the lake looked like a mirror. On their way back to shore, they saw it: shiny black humps poking above the surface, a texture that resembled the body of an orca. Dumont’s heart pounded as they tried to get closer. Then suddenly, about six or nine metres away, it slipped under water and out of sight.

Dumont now lives in Winnipeg but goes back every weekend. When he shares his tale, he says, his “incredulous but yet intrigued” listeners typically say it could have been a giant carp, but that theory doesn’t explain the colour. Other explanations for Manipogo sightings include swimming moose, or perhaps a sturgeon, which never stop growing—they are the largest freshwater fish in Manitoba, growing up to 2.5 metres long and weighing more than 300 pounds.

Dumont doesn’t outright deny the existence of an unidentified lake creature—he’s 50-50—because he knows what he saw, and it wasn’t a log or a fish. Manipogo may be nothing more than fiction, but he knows St. Laurent wouldn’t be the same without it. “It’s something to talk about,” he says. “St. Laurent is an old community and it adds to our history. It makes it a little more special.”

It certainly brings people together. Every March, St. Laurent holds the Manipogo Festival to celebrate the end of ice fishing season, and lately there’s been a resurgence. Smith says the community is finally renewed after the flood all those years ago. More and more people are getting out to the beach. She suspects it might have people believing again. Which likely means more Manipogo stories. “He’s alive and well,” adds Kirton, now 85.

Now they await the next phone call. And when it comes, Smith for one wonders whether it’ll be the same creature Kirton reported 60 years ago. “I don’t know how long these things live,” she says, “It could be the baby Manipogos now.”