Why John Horgan deserves credit for going ahead with Site C

Opinion: Analysis shows the answer to the Site C question is not so clear cut as polarized camps would have you believe 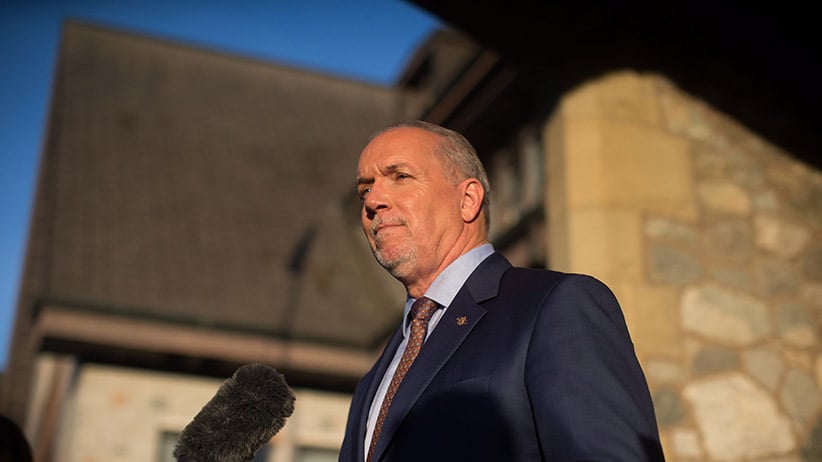 Blake Shaffer is a PhD candidate at the University of Calgary, Fellow-in-Residence at the C.D. Howe Institute, and former electricity trader.

The bated-breath decision on Site C, B.C.’s controversial-is-an-understatement dam on the Peace River, has been made. John Horgan and the B.C. NDP have decided to complete the project begun by Christy Clark’s Liberal government.

The cheers and boos heard far and wide from this decision reinforce the notion that, lately, it seems public policy debates have turned into the less-fun equivalent of a sports match—“which side are you on?” Be it pipelines or Site C, the debate often devolves into polarized groups, each unwilling to acknowledge the arguments of the other.

It needn’t be. Passion and engagement in public policy discourse is critically important, but so too is the need for dispassionate analysis.

Let’s start with what is clear about Site C

Site C should never have started in the first place. It was not needed in the timeframe advanced by the previous government. The Joint Review Panel concluded as much. Delaying the project until the need was clear was in the public’s best interest at the time. The decision by the previous government to skip a full B.C. Utilities Commission hearing on Site C was egregious, but the decision now must be forward looking.

From a political perspective, Premier Horgan was in a no-win situation. Choose ‘complete’ and the Greens gain voters at the expense of the NDP. Choose ‘terminate’ and the ‘Party of No’ moniker the BC Liberals successfully applied to the NDP in the 2013 election would resurface and swing votes in the mushy middle of the electorate.

On balance, the easiest political route for Horgan was surely to terminate and blame the whole mess on the previous government. That he didn’t, despite the political and personal reasons to do so (he has in the past been vocally against the project) speaks to a decision that was made in the view that it was in the public interest.

But was it? Let’s examine the pros and cons.

The case for completing Site C

Regardless of the decision, B.C. Hydro has spent $2.1 billion on the project that it cannot get back. It’s sunk. It’s irrelevant. What matters are the go-forward costs.

In announcing the decision, the government stated the newest estimate for Site C is that it will be a $10.7 billion project, including the amount spent. But if B.C. choses to terminate, it faces $1.8 billion in clean-up and other costs. So the decision is effectively whether B.C. Hydro wants to spend about $6.8 billion more to get Site C. At some price, completing Site C becomes a reasonable consideration. The question is whether $6.8 billion is low enough.

The recent B.C. Utility Commission inquiry was an attempt to answer this question. The BCUC compared the cost of completion to an alternative portfolio consisting largely of wind and demand-side management (i.e. incentives to customers in exchange for the ability to curtail their demand in periods of tight supply conditions). For all intents and purposes, their conclusion was a tie. Site C’s cost was marginally lower (by roughly $300 million) but the difference is well within the bands of uncertainty.

However, many of the assumptions in the BCUC analysis appear to overvalue the alternative portfolio (e.g. wind plus demand management having the same reliability as  hydro) and undervalue Site C (e.g. no value for dispatchable “on demand” capacity, low value for surplus sales, etc.). Given the slant in assumptions and near toss-up in final numbers, a reading of the BCUC analysis favours completion. The possibility of having to quickly write-off termination and sunk costs in the case where Site C didn’t get the go ahead, meant the rate impacts of termination could be even worse.

The case for terminating Site C

There remains, however, very valid arguments against completion, despite the lower cost.

The second reason to cancel is technological progress lowering the cost of alternatives. This is, seemingly, the reason the Green Party Leader, Andrew Weaver, went from outspoken supporter of large hydro a few years ago to outspoken critic today. And there is certainly validity in this argument. Costs of renewables have plummeted in the past 10 years. If storage technology follows a similar path, an alternative portfolio has merit. Terminating Site C exposes B.C. to the benefit of technology cost improvements.

There are also important social considerations. Many have questioned how completing Site C is consistent with UNDRIP and the Province’s commitment to reconciliation with First Nations. While some Indigenous groups have signed benefit-sharing arrangements, this is likely to remain a focal point of opposition to the project.

What the analysis says about Site C

The answer to the Site C question is not so clear cut as polarized camps would have you believe. Which makes it all the more puzzling that camps are so polarized and resolute in their stances.

The answer, as usual (and perhaps unsatisfyingly), is: it depends. Taken at face value, the go-forward cost to complete Site C is lower than the cost of the alternative portfolio, making completion a reasonable choice. However, if one believes that the ultimate cost of Site C will continue to increase, while the cost of alternative technologies will decrease – a reasonable stance, given history – then termination can be justified, acknowledging uncertainties on both sides of that equation.

Reasonable people can disagree on where costs and the value of capacity are headed. But rather than passionately digging in to an unmoving position, dispassionate analysis—one capable of changing your position as facts change, or at least keeping an open mind—is necessary.

John Horgan demonstrated the ability to do just that, despite the likely political fallout that will result. While many won’t agree with the ultimate decision, he deserves credit for doing so, regardless of which “side” one is on.