Why my two children have different last names

Most Canadians think married couples should share a last name. This family chose a different route 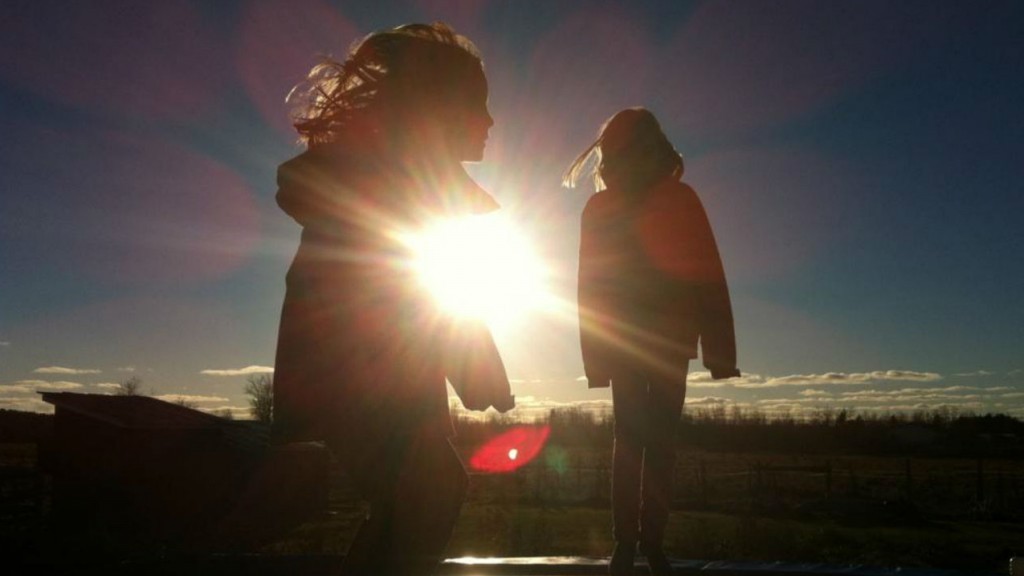 On paper, it might look like I have a blended family. My eldest daughter has my last name, and her younger sister has my husband’s. But I’m not divorced, I haven’t remarried and they aren’t my stepchildren (though that would be lovely, too—I’d want these guys on my team, no matter what the circumstances). In my eyes, we look the same on paper as we do in real life—a family of four individuals—and that’s just how we wanted it.

When my husband and I got married, there was no question that we would keep our own names. We both had (somewhat) established careers and, more importantly, we both viewed marriage as a union of equals—we vowed to love each other and grow old together. Neither of us wanted the other to change identities.

But when it came to any potential children, we weren’t quite sure how to proceed. The thing is, our two family names are too phonetically similar to sound good together—it would make a mushy mess that would only become compounded in the next generation if our kids married people with hyphenated names. Plus, it didn’t feel right for my family history and heritage to be tucked away as a second middle name (and a mushy-sounding full name) or discarded entirely in favour of my husband’s history and heritage.

This was our first concrete decision as parents, and we took it seriously—like, really seriously. Though we never talked about it in manifesto-like terms, we wanted to find a way to reflect those values of independence and collaboration and honour both families.

Kind of skirting the issue, we talked endlessly of first names instead. My otherwise easygoing husband refuses to play any and every car game, but he will happily discuss the relative merits of names like Anwar, Saskia, Joop and Beatrix for hours—and we did. We had lists and lists of names for potential and/or imaginary children and pets of our own, as well as for those of friends, family members and random celebrities. We had a surfeit of possibilities but no definitive last name to ground them.

When my husband floated the idea that we pick names based on how well they worked with our surnames—one with his and one with mine—it just felt right. I remember asking “Is that totally weird?” but immediately loved what an elegant (and egalitarian) solution it was. Winnowing down all those possibilities to our favourites was suddenly incredibly easy.

With that simple (and totally weird) decision, we diverged from what most other Canadians choose. In the recent survey for The Canada Project, 55 per cent of millennials and 50 per cent of Gen-Xers believe a married couple should share the same name. No doubt, the majority also believes that the kids should follow suit.

When people find out this odd piece of trivia about me, they inevitably ask about all the problems that these different last names must cause at daycare, school and doctors’ offices. My response is bit of a letdown: In the decade that we’ve been a four-person, two-surname family, our nonconformist approach to naming hasn’t caused a single incident. We are who we are, and we have the paperwork to prove it, though it’s never really come to that (well, except at the border, but that’s what passports are for).

I often say that our last names have been a complete non-issue, but that’s not quite true. Our little experiment in nomenclature has made me think deeply about what it really means to be a family and what ideals I want to foster for myself and my brood. We talk a lot about appreciating differences and the importance of always considering other perspectives. Our different names are a potent symbol that we are a collection of individuals who are collectively trying our best to love and learn from each other.

It works for us. Of course, your tribe might look and sound quite different than ours, which is just as it should be.