Winnipeg's new art project stares down racism in the face 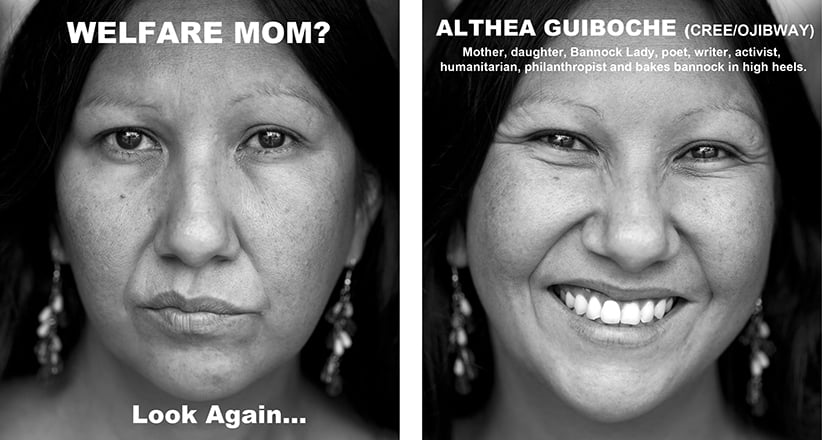 Starting next week, downtown Winnipeg will be blanketed by art meant to challenge negative perceptions of the city’s indigenous residents. The project, spearheaded by the city’s Urban Shaman Gallery, will showcase new work by visual artist KC Adams. With Perception, Adams asked prominent indigenous Winnipeggers to pose for two photos: “I want you to look right into the lens. I’m going to say something. I don’t want you to react. I just want you to think of the words.”

To her mom, Adams said: “I want you to think of when you were a little girl, and people called you ‘dirty little Indian.’ ” Her mother wept. Adams told writer and CBC producer Kim Wheeler to “think of walking downtown with your girls, when a group of guys drive up behind you and yell: ‘F–king squaws! Go back to the rez!’ ” Wheeler’s “mama-bear instinct came out,” says Adams. “She looked like she wanted to murder somebody.” She took her models to a happier place for the second shot. She asked Wheeler to think of the day she married her husband Jordan.

Afterward, Adams, 43, asked her models to label their photos, choosing terms that reflect the way they’re often perceived by the wider community, such as “hooker” or “homeless.” “When I think people may perceive me as a ‘government mooch,’ I just want to shout, ‘But I pay my taxes!’ ” says Wheeler. “I own three properties! My 2011 Honda CRV is paid for! I’m a Jets season-ticket-holder!” Wheeler, 46, paid for her post-secondary education, as will her children: “It really hurts when people assume Aboriginal people are lazy. I work very hard.”

Related: You can build a better Canada, or you can get out of the way

Adams’s art will appear on billboards, in storefronts and in bus shelters. On Jets game nights—those rare nights when the city’s largely white, suburban population floods the downtown—massive images will be projected onto buildings. By fall, financial backers, including the Winnipeg Chamber of Commerce and the Assembly of Manitoba Chiefs, hope the project will stretch to the suburbs and the University of Manitoba’s south-end campus. This is just the start. Perception will inaugurate an annual indigenous art project in a city divided along racial lines, which has long struggled with deeply rooted racism. 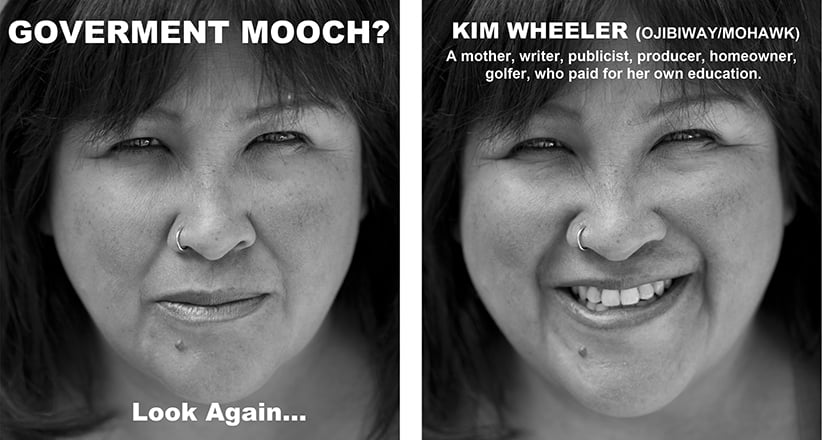 Earlier this year, in a controversial cover story, Maclean’s labelled Winnipeg the place where Canada’s racism problem is at its worst, prompting Mayor Brian Bowman and the city’s indigenous leaders to take action. The art project launches days after 1,000 students from 20 city high schools braved -40° C to march against racism at the provincial legislature. “The article made very clear what was wrong,” says organizer Philippe Burns, student co-president of Oak Park Collegiate. The students want to challenge the city’s “culture of apathy and wilful ignorance” about indigenous issues, says Deborah Tsao, a student at St. John’s-Ravenscourt School, a private school located in one of the city’s more affluent neighbourhoods. Tsao counts herself among those who, for too long, have been turning a “blind eye” to the problem. “We can’t write legislation—but we can send a message.” The march launches what organizers hope will become a citywide, student-led anti-racism organization; and they hope the banner they signed and carried will be hung at the Canadian Museum for Human Rights.

Related: Dinner and conversation in the name of ending racism

Speaking in French before the march began, Élise Candas and Natasha Rey, student-body presidents at Collège Louis-Riel, the province’s biggest francophone school, called on Franco-Manitobans to take pride in their Metis roots, and to help unite Winnipeg in the fight against racism. Daniel McIntyre Collegiate student Felicity Green, quoting former South African president Nelson Mandela, reminded students that “love comes more naturally to the human heart than its opposite.” Burns, 18, told the crowd that Winnipeg has “neglected, forgotten, ignored” its indigneous citizens for too long. “Let’s begin to change that. Together, we are strong. We can speak up for one another. We are all human. We are all Winnipeg.” 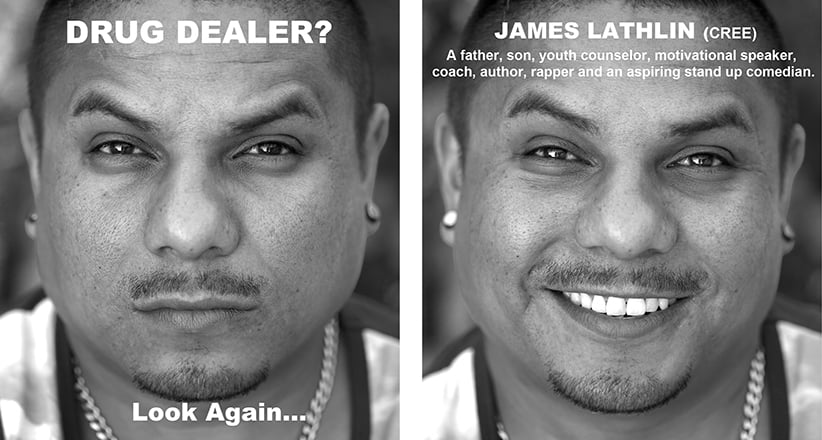 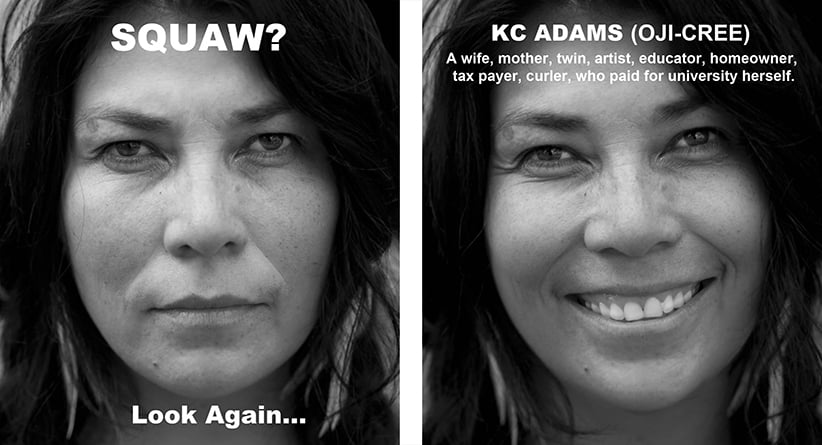 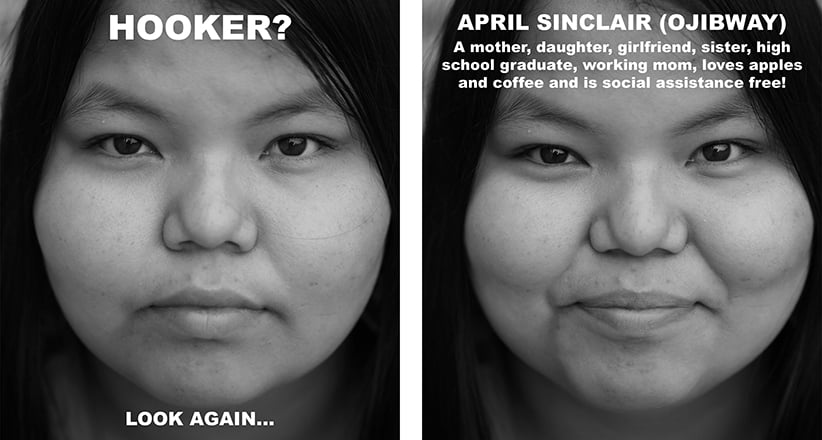 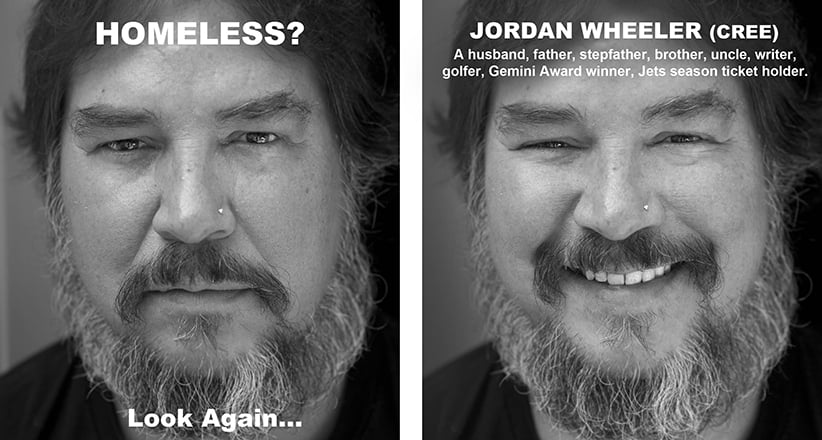