Power to the people

The Harper government unveiled a retooled First Nations education plan this week that will see Aboriginal communities oversee their own schooling. Central to the plan will be the inclusion of traditional culture in the curriculum, as well as standards consistent with off-reserve education in the provinces; in other words, a much-needed marriage between Aboriginal heritage and mainstream practicality. The Prime Minister also promised an additional $1.9 billion for Aboriginal education. It’s an important, overdue first step in empowering First Nations to take control of what for too long has been a crippling crisis.

The rich may be getting richer, but also more charitable. The 50 biggest donors in America last year gave a combined $7.7 billion, the most since 2008, according to the Chronicle of Philanthropy. Most impressive is who topped the list: Facebook founder Mark Zuckerberg and his wife, Priscilla Chan, who gave nearly $1 billion to the Silicon Valley Community Foundation (SVCF). With Zuckerberg’s donation, the SVCF raised a total of $1.4 billion in 2013. Philanthropy has long been the domain of old money, so it’s a welcome shift to see the under-30 tech crowd not just playing a bigger role in giving, but leading the way.

We have the technology

The bionic man is two steps closer to reality this week. Thanks to a new breed of prosthetics that connects directly to an amputee’s nervous system, 36-year-old Dennis Sorensen of Denmark was able to experience the sensation of touch for the first time since he lost his left hand in an accident nine years ago. In other miraculous sci-fi news, surgeons at the University of Michigan completed the first FDA-approved “bionic eye” transplants, enabling patients with degenerative eye disease to see light and shapes.

Honesty is the best advertisement. Just ask McDonald’s Canada. The fast food giant earned plenty of kudos this week for releasing a three-minute commercial that takes customers inside a Chicken McNugget factory—which, believe it or not, is strangely appetizing. Meanwhile, the Subway sandwich chain has promised to stop using a bleaching agent in its bread (which is also found in shoes and yoga mats), and Kraft says it will remove artificial preservatives from its most popular cheese slices. Bon appétit. 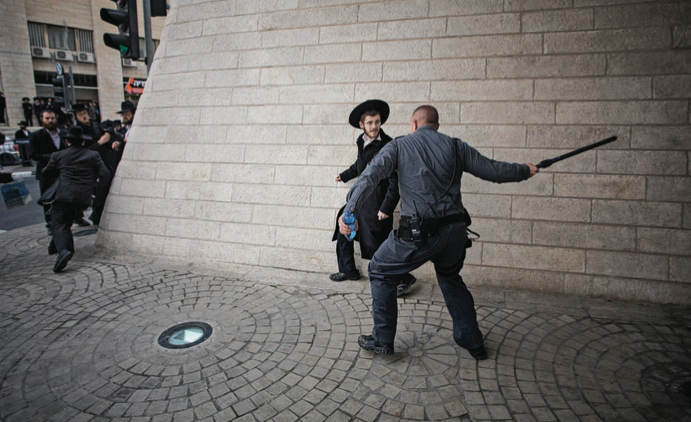 The Pakistani government opened formal talks with the Taliban last week in what it describes as a “journey for peace” aimed at ending an insurgency that has killed tens of thousands since 2001. While it may seem like the only solution, skeptics say the talks serve to lend the Pakistani Taliban a sense of legitimacy it doesn’t deserve. This is the same group, after all, that said this week it has as many as 500 female suicide bombers in Pakistan ready to act if talks break down. Pakistan should take the position the U.S. does: Don’t negotiate with terrorists; defeat them.

It’s hard to decide which province is closer to disaster. Despite its oil and gas boom, Newfoundland and Labrador is bracing for a population plunge, according to the Conference Board of Canada (from 527,000 today to 482,000 in 20 years). Meanwhile, former Quebec premier Jacques Parizeau says la belle province is in dire need of “shock therapy,” citing two recent studies that show its residents pay an excessive amount of tax and have fallen far behind the productivity of other regions. Thank goodness for Alberta.

The United Arab Emirates passed a law last week requiring mothers to breastfeed their children until they are at least two years old. In Oshawa, Ont., a city councillor is being investigated by the Children’s Aid Society following a complaint that she breastfed her newborn at work. Mothers should be free to breastfeed wherever they need to—or not at all. Yet, time and again, the issue elicits wrong-headed and self-righteous reactions. Pope Francis got it right last month when he told mothers at an event in the Sistine Chapel to breastfeed their children “without thinking twice,” because “they are the most important people here.”

The U.S. Centers for Disease Control and Prevention said last week it was a new strain of norovirus that made almost 700 people sick on a Caribbean cruise last month. It was the latest in a long list of outbreaks that have battered the cruise industry’s image. Royal Caribbean’s latest gambit may not be the answer to its real problems: It plans to install 80-inch displays in the interior staterooms of its new ship, Navigator of the Seas, to create “virtual balconies.” At least passengers will have something to look at if they’re stuck in their rooms with a stomach bug.