Steinbach Pride: Inside a battle for LGBT rights

Steinbach was famous for being Canada’s most charitable community. Now it’s becoming known for its hostile treatment of its LGBT citizens. 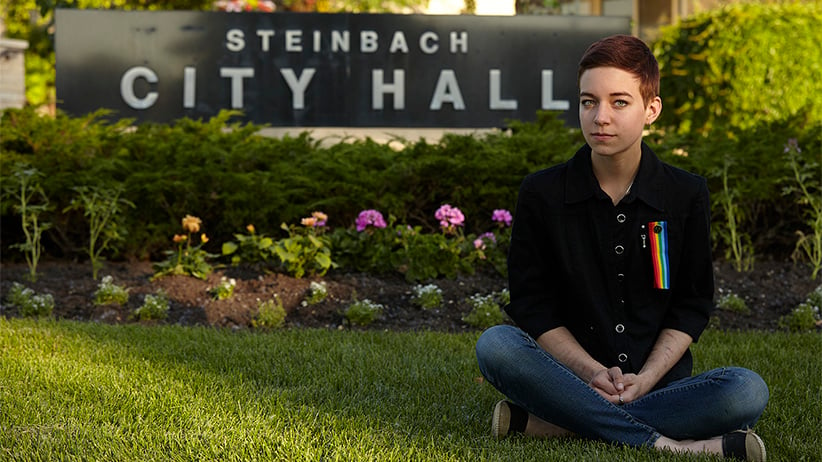 The gold standard for generosity in the country, by a country mile, is Steinbach, Man. In Manitoba’s third-largest city, the median donation in 2013 was $1,830—a stunning seven per cent of the median annual income in the city. That makes Steinbachers three times more giving than even Canada’s second most charitable community, Abbotsford-Mission, B.C.

The community, located 60 km southeast of Winnipeg, is rightly proud of its reputation for generosity: Whether it’s for the food bank, the arts council or a host of other charities both small and large, Steinbach locals aren’t afraid to chip in, Mayor Chris Goertzen told Maclean’s last year: “It’s a culture of giving. We absolutely have that, whether it’s giving of our time or giving of our resources.”

But there do appear to be limits to that culture. When it comes to giving support to the city’s first Pride march, or giving area schools the ability to create safer spaces for LGBT youth and their families, Steinbachers suddenly seem a whole lot less generous.

Controversy erupted last week over Steinbach’s first Pride march when it became clear that Mayor Goertzen, local MLA Kelvin Goertzen, and local MP Ted Falk were all planning to skip the event. It’s scheduled for July 9, less than a month after the massacre at an Orlando gay club, an event that has become a galvanizing moment for gay rights, fostering wider sympathy for LGBT people around the world.

Initially, Falk said he couldn’t make it because he’d committed to a local francophone community’s annual frog-jumping competition, Frog Follies. This prompted the event’s organizer, Marie-Christine Bruce, to urge the MP to skip her event in St-Pierre-Jolys: “We’re very proud of our festival, but we do not expect to take precedence over an important human rights event,” Bruce tweeted.

That prompted Falk to release a statement of his own: “Even without a scheduling conflict, my decision to not attend would be the same. I’ve been clear on this issue many times, and have made my position public on my values of faith, family and community.” (Falk, Mayor Goertzen and MLA Goertzen all denied requests from Maclean’s for further comment.)

This is the third major dust-up over gay rights in as many years in Steinbach, and the second this spring alone. In May, Steinbach mom Michelle McHale attempted to bring changes to the local school board’s curriculum after her 12-year-old son was bullied for having two moms. The Hanover School Division’s sexual education curriculum bars any discussion of same-sex relationships, which is considered a “sensitive” topic, until high school. Any student who asks about sexual orientation or gender identity is taken aside. The child’s parents are called, which risks outing students who may be struggling with identity issues and turn to a trusted teacher for help.

Trustees refused the change, and outlined some odd and ill-informed arguments in doing so: One, a nurse, suggested this could lead to higher cancer rates. Another suggested it would be akin to white culture being forced onto Indigenous children in residential schools.

Community backlash grew so fierce that McHale and her family left shortly after, relocating to Winnipeg. But it also prompted McHale to help organize Steinbach Pride: “We felt it was really important for those in the LGBTTQI community to see the presence of others, to let them know they are not alone, that they do deserve a safe space to be, regardless of what public opinion is,” she said in an interview.

So far, support appears pretty thin. Steinbach city council released a statement announcing its refusal to “officially endorse the event.” No city businesses, including Steinbach’s five major car dealerships and the Steinbach Credit Union, were willing to say whether or not they support the event. Funk’s Toyota said they are taking an “officially neutral” stance.

Some who privately support Steinbach Pride requested anonymity, fearing backlash from the community. One said they couldn’t speak up after having lost “so many” friends during a previous fight over gay rights. Speaking to Maclean’s would put their job at risk, this person added. 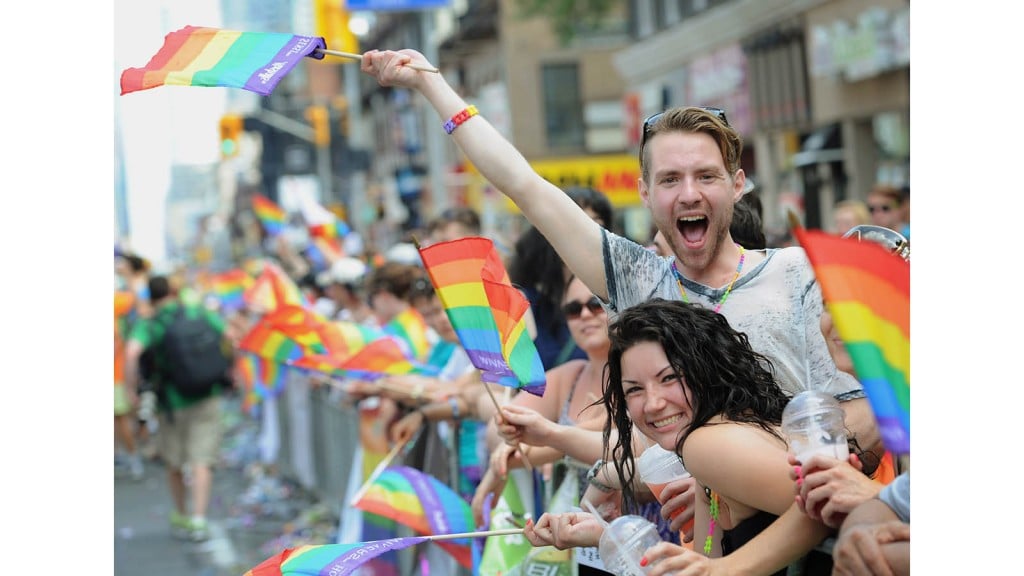 All this puts Steinbach out of step with other conservative Canadian communities who, in the wake of Orlando, have suddenly and dramatically shifted course on gay rights. This month, Surrey, B.C., hosted its first Pride parade and first LGBT prom. This is the same city that for years has refused to raise a Pride flag, on a series of wobbly excuses—there was no pole for it, council once claimed. In 2014, Surrey council reaffirmed a policy barring any ﬂag except the civic, provincial and national flags from Surrey City Hall. The ban curiously exempted the Olympic flag. But earlier this month, without a word of explanation, Surrey suddenly backed down, unveiling a Pride flag and lighting the massive plaza outside City Hall in a rainbow of colours. The Vancouver suburb became one of three conservative B.C. communities to unfurl the multicoloured flag at City Hall for the first time. Surrey’s flags were all at half-mast in solidarity with the victims of “hate” in Orlando, according to Surrey Mayor Linda Hepner, who had formerly helped keep the Pride flag off City Hall property.

Young people in Steinbach’s LGBT community described the harmful effects of this kind of hostility. Every young gay person Maclean’s spoke to in reporting this story struggled with suicidal thoughts when they were teenaged students in the Hanover School Division. All say they felt isolated, cornered, despised. Seventeen-year-old Mika Schellenberg recalls being labelled a “dyke.” Damon Klassen, now 29, was a “faggot” through his high school years in neighbouring Niverville. Evan Wiens, 20, remembers being shoved around school halls at Steinbach Secondary School.

Calling someone gay, in this part of Manitoba, was the worst thing you could say—the ugliest insult, says Klassen, who graduated from Niverville Collegiate Institute, part of the Hanover School Division. As a teen, the Winnipeg teacher was once cornered by an adult in the community at the gas station: “I know what you are. I know what you’re doing. You’re not welcome here,” the man said.

During a 2013 controversy in Steinbach over provincial legislation requiring schools to assist any student wishing to form a gay-straight alliance in their school, Wiens, then 17, was interviewed by CBC Manitoba. As the cameras rolled, kids walking past repeatedly shouted gay slurs at him. After Falk suggested that Wiens’s bullying episode might have been “staged,” Wiens agreed to a follow-up interview—on the condition CBC film it far from school property, to protect him from his peers. As he was speaking, someone shouted a slur from a passing car.

Mennonites will sometimes say that with the faith of a mustard seed, you can move mountains. Klassen, who was raised in the Mennonite church, fell back on that faith. “If I just pray harder, it will go away. I won’t have to ever tell anyone. I’ll be fine—normal,” he recalls thinking. “Many times, I would just cry myself to sleep and just be praying: Please God—change me.”

McHale’s older son, C.J. Knelsen, who is 17, concedes that the struggle for equality has cost his family dearly. But he’s “very proud” of his mom’s strength, her willingness to stand up for LGBT people: “It’ll all be worth it if it prevents people from being bullied, and helps them feel safe and included in Steinbach,” he says.

Councillor Cari Penner, the only local politician to tell Maclean’s she supports Steinbach Pride, believes the community will come around, though it may take time—just as it took her time to adjust her thinking when a close acquaintance came out to her. “Ultimately, we have to live in today,” she says. “We can’t live 50 years ago. It’s here—we need to come to terms with it.”