How does Canada come back from its massive pandemic deficit? Depends who you tax. 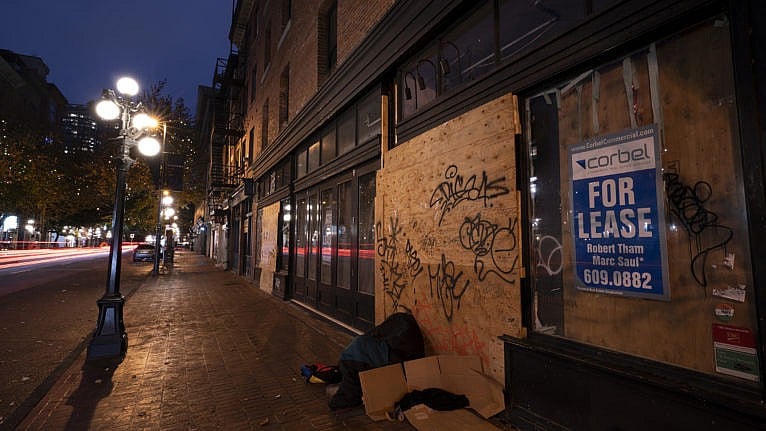 With its seemingly unending pandemic spending, the federal government is heading toward a major deficit. Finance Minister Chrystia Freeland hasn’t announced any fiscal targets, but estimates put the shortfall as high as $343 billion. Canadians have, understandably, been growing worried. An October poll by Maru/Blue found that while most Canadians don’t think it’s time to rein in spending, over two-thirds still think the government should focus on reducing the deficit.

Like most countries, Canada has also experienced significant economic decline this year. “We expect that the fallout from the pandemic will have some long-lasting effects on future economic growth,” said Governor of the Bank of Canada Tiff Macklem during a press conference in late October. And while the bank doesn’t expect shutdowns as widespread as the spring, they don’t expect recovery to be quick. “When we add it up, the Governing Council projects that the economy will still be operating below its potential into 2023.”

READ: Charts to watch in 2021: The most important Canadian economic graphs for the year ahead

So what does this dire financial predicament mean for Canadians going into 2021? It means governments may have to get creative to raise revenues, though increasing income taxes isn’t necessarily a fait accompli. Many argue that Canada’s current tax system skews toward benefitting society’s wealthiest—and increasing taxes on wealthy individuals and corporations and closing tax loopholes would not only be more politically palatable to an electorate experiencing financial unease, it would also make the tax system more fair.

“During times of crisis, there can be a lot of pandemic profiteering,” says Toby Sanger, executive director of Canadians for Tax Fairness. He notes that Amazon, owned by the world’s wealthiest person, tripled its profit during the pandemic, and Thomson Reuters, owned by the wealthiest family in Canada, was up 20 per cent. Sanger supports an annual wealth tax on assets owned by people whose wealth is above a certain threshold (he proposes $20 million). “Most Canadians . . . that own houses pay close to one per cent tax on the value of their house, so arguably we do have a wealth tax, but it’s focused on the middle class,” Sanger adds. This is because the richest Canadians hold a greater proportion of their wealth in financial assets. There is considerable public support for taxing these assets; an Abacus Data survey commissioned by the Broadbent Institute found that 75 per cent of Canadians say they support a one to two per cent wealth tax on the country’s richest, including almost 70 per cent of Conservative voters. And yet, an NDP motion for just such a wealth tax was voted down in mid-November.

READ: Canada’s economy may never return to what it once was

More than anything else, the pandemic has shown that in times of crisis there are clear winners and losers. But nowhere has the financial future seemed so uncertain as in Canada’s cities. “Municipalities are on the front line when it comes to responding to this virus, and it’s had an impact on their bottom lines,” says Enid Slack, director of the Institute on Municipal Finance and Governance at the University of Toronto. Slack explains that municipalities have been hit by both an increase in expenditures—including public health, shelters, child care and IT costs—and a decrease in revenues from deferred property taxes without penalties and a decline in user fees. Complicating the situation is the fact that municipalities aren’t allowed to budget for operating deficits.

This uncertainty means provinces and cities will have to come up with a new funding agreement that is more sustainable. “In the longer term . . . we have to consider who does what and how we pay for it,” says Slack. A major problem she highlights is that the federal government has the most ability to raise revenue, but provinces and municipalities have the most spending responsibilities. “If we’re delivering . . . social services and social housing, is the property tax the best way to pay for that? Most people would say no,” Slack insists. “They would say, if you’re redistributing income, the income tax is a better way to do that.” To solve this problem, Slack posits two alternatives: maintaining these services at the municipal level and giving municipalities access to income tax revenues, or moving those services up to the provincial level where there are income taxes.

The pandemic has shown just how fragile the Canadian economy is to major shocks—and the cascading impacts on our governments’ revenues. “There are cracks in our fiscal system in Canada,” says Slack. If governments across the country have any hope of being re-elected after a treacherous pandemic second wave, they will have to take bold steps to act on them.

This article appears in print in the January 2021 ‘Year Ahead’ issue of Maclean’s magazine with the headline, “What recovery might look like.” Subscribe to the monthly print magazine here.