2017 is the deadliest year for mass shootings in U.S. modern history

After a gunman sprayed bullets into a crowd at a country show on the Las Vegas strip, more than 50 people are dead, hundreds more are injured and thousands more are recovering from the shock.

Here’s a look at the yearly numbers behind mass shootings in the U.S. 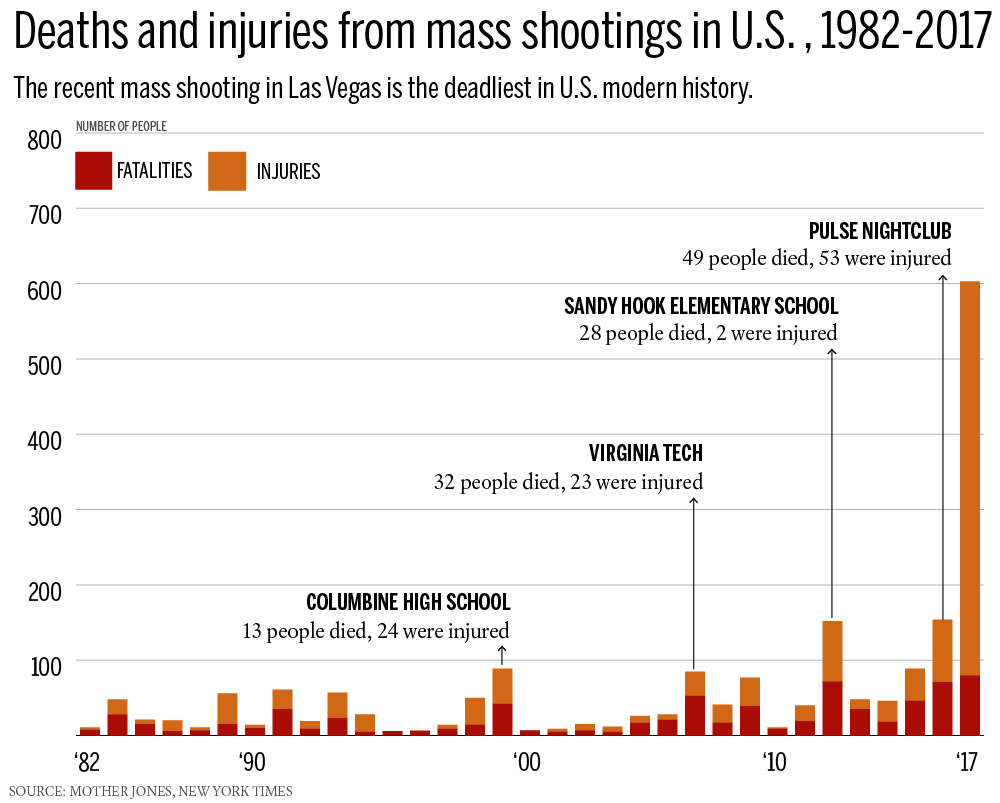