Say goodbye to establishment conservative media like Fox News. This is the new, darker media source of the right—and the White House. 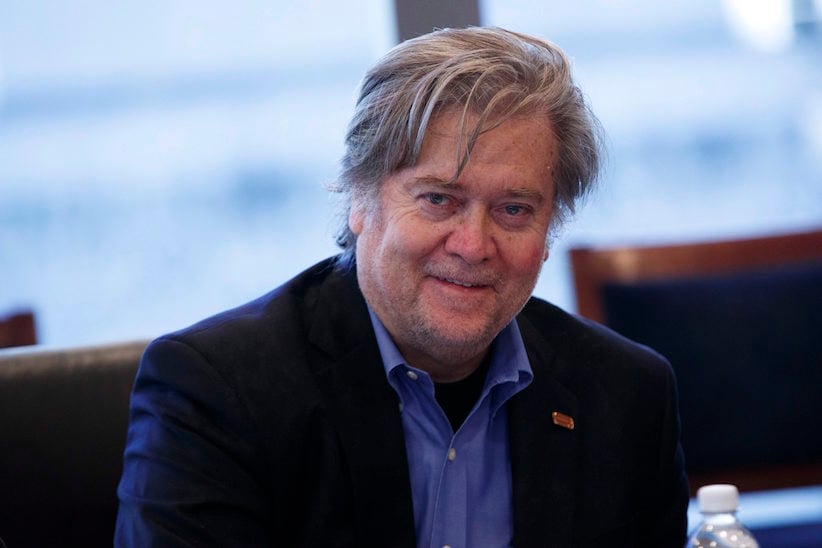 A lot of us were laughing at Donald Trump when he appointed Steve Bannon, the head of the right-wing website Breitbart, to run his campaign. No one’s laughing now. Instead, liberals and Democrats are mobilizing in opposition to Trump’s decision to give Bannon a major White House job, pointing out that Bannon’s site has been associated with encouraging racist nationalism, that Bannon has tried to build alliances with the European far right, and that his ex-wife accused him of being an anti-Semite. But even if Bannon himself can be kept out of power, his website, and everything it stands for, has become one of the key media sources for the U.S. right. Goodbye to establishment conservative media like Fox News and National Review; hello to the site that runs headlines like “Birth control makes women unattractive and crazy.”

Breitbart is named after its founder, Andrew Breitbart, who was an assistant to the right-wing news aggregator Matt Drudge. When Breitbart created his own site, he brought with him the techniques he’d learned from Drudge: lurid headlines, easily identifiable enemies like the Clintons and George Soros, and lots of warnings about an impending race war in America. (A typical headline from the site: “Black Dallas cop sues Black Lives Matter, Soros for inciting race war.”) It also had a mix of reporting, clickbait and opinion pieces that made it seem like a right-wing version of The Huffington Post, whose launch Breitbart worked on. And while it isn’t considered one of the fake news sites that may have helped swing the election, it does traffic in the most conspiratorial versions of stories, like its speculations about Hillary Clinton’s health.

One of the big differences between Andrew Breitbart and the contributors to other conservative news sources was that Breitbart was not exactly someone with a coherent right-wing ideology. “I am not a particularly religious person,” he said, and he didn’t care much about policy specifics. His main source of anger was what he saw as a media—news and entertainment—irredeemably biased against conservatives. His mission was to do anything possible to fight back; he said he was at “war” with the mainstream media, and sometimes even the respectable conservative media.

That led to the tone that Breitbart has always had, and continued to have after the founder’s sudden death from heart failure in 2012. The tone can be described as racist, but it’s unquestionably “anti-anti-racist,” based on the premise that racism is basically an imaginary problem in America and that accusations of racism are made to divide and destroy the political enemies of liberals. Many of Breitbart‘s biggest stories have been aimed at accusing liberals of being the “real” racists, like the time they got a black government official fired by using out-of-context comments to accuse her of anti-white racism. And the creators of the site have always taken a fairly indulgent approach to racist or sexist commenters, with Breitbart saying that many of those comments involve “performing an act of agitprop on behalf of the left—being a troll, to say racist things.” The whole ethos of the site is that if you accuse them of racism or hate speech, you’re the problem.

Bannon, who took over the site after Breitbart’s death, has kept the same anti-anti-racist tone but pushed it closer to the white nationalist right and the subculture that has sprung up on 4chan and Reddit. Buzzfeed‘s Joseph Bernstein called this the “Chanterculture,” of people who want to break down social taboos against racist speech (and who consider such speech an act of countercultural rebellion). Breitbart became the news source and gathering place for these people, as well as a voice of near-total support for their hero, Donald Trump. It even sided with Trump against one of its own reporters, Michelle Fields, after she reported being manhandled by Trump’s then-campaign manager. And now, thanks to this constant Trump support, Breitbart will have the ear of the president-elect.

Ben Shapiro, an anti-Trump conservative who quit Breitbart in protest over its treatment of Fields, says he has no evidence that Bannon is personally anti-Semitic but points out that he “has openly embraced the racist and anti-Semitic alt-right—he called his Breitbart ‘the platform of the alt-right.’ ” The ultimate goal of Bannon’s Breitbart, he says, is to “transform conservatism into European far-right nationalist populism,” something more akin to the Le Pen family than the Bush family. Is that what Andrew Breitbart had in mind when he decided to declare war on the mainstream media? No one knows, though mainstream conservatives generally liked Breitbart better than they do Bannon. But one thing we do know: when you decide that no ideas should be taboo, you sometimes find out why those taboos were in place. And that’s what we may be finding out for the next four years.