If the BBC was trying to set an example by suspending its most famous TV personality, it failed miserably 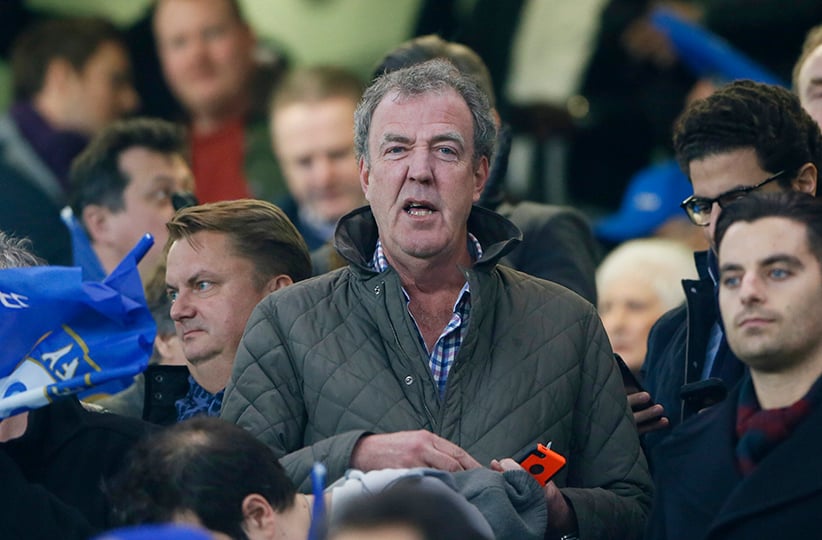 This week, the BBC’s scandal-plagued star Jeremy Clarkson, host of the recently suspended hit show Top Gear, changed the biography on his Twitter account to, “I am probably a presenter on the BBC2 motoring show.”

This characteristically nonchalant quip comes a week after Clarkson’s latest professional bust-up: allegedly throwing a punch after royally reaming out a producer on his show, Oisin Tymon. The outburst is said to have occurred after Clarkson discovered there was no hot steak dinner to be had at his hotel after a long day of shooting (though the hotel manager reportedly offered him a cold cheese or meat platter instead and, in the end, the hungry host was said to have been placated with a peppercorn steak sandwich). The incident, which occurred at the Simonstone Hall hotel in Hawes, North Yorkshire, has been widely leaked in the British media after BBC2 startled the country—and indeed, the world—by announcing it would not be airing the last three episodes in Top Gear’s current season.

I say “startled” because, if the BBC were trying to make an example of Clarkson—a man who’s built his career on the image of being the sort of chain-smoking, straight-talking blowhard who’d pop his own mother in the kisser for getting between him and a slab of rare meat—they’ve failed spectacularly. Within 24 hours of his smackdown, an online petition calling for Clarkson’s reinstatement had been signed by more than three-quarters of a million fans worldwide.

For those who admire the fellow, tales of his bad behaviour—be it slurs against blacks, Asians or gays, making mock Nazi salutes at German cars, complaining that female MPs are “distracting” in parliament, inciting diplomatic incidents in Argentina or throwing a punch at Piers Morgan at the Press Awards—only seem to bolster his popularity. Clarkson has set himself up, to great international acclaim, as the quick-witted enemy of political correctness, a sort of posh, overgrown frat boy in a Hunter coat who is always willing to take a borderline-offensive joke just that much further.

But don’t mistake Clarkson’s bloke-ishness for being in any way down to earth. On the contrary, he is a card-carrying, Land Rover-driving member of the British establishment, a well-connected part of the so-called “Chipping Norton set,” which includes the now-exonerated Rebekah and Charlie Brooks, as well as David and Samantha Cameron (because they all have country houses near the Cotswold town of Chipping Norton). In fact, Clarkson is such great mates with the British prime minister that, within a day of his suspension, Cameron spoke out in his defence in a TV interview, saying his children would be “heartbroken” if the matter of his reinstatement weren’t “sorted out,” and referring to his pal as “a great talent.”

In fact, it seems awfully likely that the fracas (as the British press have dubbed it) will be sorted out in time for Clarkson to return for the next season, should he choose to. Top Gear is the BBC’s most successful program, with roughly 350 million viewers worldwide, and Clarkson is its face and identity.

But there has also been speculation that the star was not planning to renew his contract with the broadcaster when it comes up for renegotiation next month anyway. Whether he stays or goes, it seems unlikely that Clarkson, who has on many occasions made light of his own recidivist shtick, will feel much pain one way or the other. According to friends, he reported the incident to BBC brass himself (rather than having a complaint lodged against him) and is said to be feeling “intensely relaxed” about the internal investigation into the matter.

Indeed, the whole saga has turned out, like everything Clarkson touches, to be pure entertainment gold. As the columnist Caitlin Moran observed in her Times humour column, Celebrity Watch, the idea of a professional brat like Jeremy Clarkson getting into “trouble” is “a uniquely pleasing, victimless media incident—in that nothing bad is going to come of it.” In other words, by behaving badly, Clarkson is actually doing his job very well.