Adnan R. Khan: Turkey’s standoff with 10 ambassadors, including Canada’s, was political grandstanding, and Erdogan came out the winner 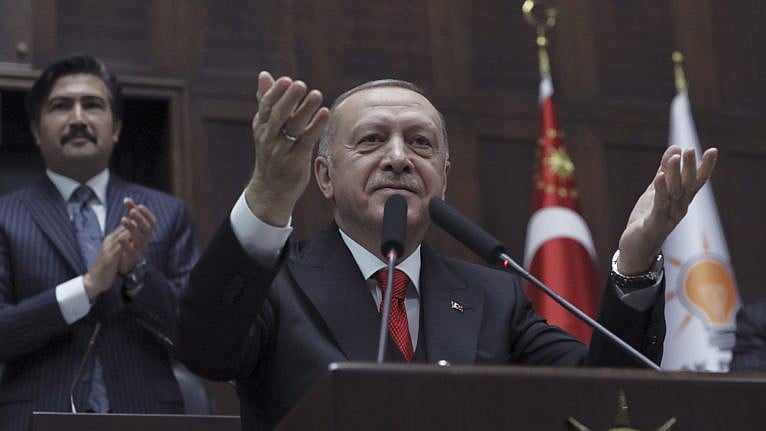 If you spend enough time in Turkey, you inevitably figure out a basic rule in its politics: Never pass up an opportunity to feign insult and outrage.

Perhaps it’s built into the Turkish psyche. Turkish popular culture is replete with examples of wounded pride over the slightest of slights. Indeed, the worst insult you can deliver in Turkey is serefsiz!, meaning: “you have no honour!”, which in Canada might elicit a quizzical shrug, but in Turkey is a call to arms.

No one embodies this sense of wounded pride better than Turkey’s president Recep Tayyip Erdogan. He has deployed it against the European Union for its alleged hostility to Turkey’s accession bid; he has used it in large dollops against the U.S. for, among other things, refusing to sell Turkey F-35 fighter jets after his government purchased a missile defense system from Russia, which could potentially undermine those same fighter jets; and he has verbally bludgeoned just about anyone not willing to give Turkey the respect he believes it deserves.

Fair enough. In the high-stakes politics in Turkey’s neighbourhood, the leaders who generally come out on top are the ones who can project steely resolve. If you’re going to do something you know Erdogan can use to burnish his tough guy image, prepare to be tough-guyed.

So it was a little surprising last week when ambassadors from 10 western nations, including Canada, the U.S., Germany and France, issued a joint declaration calling for the release of jailed Turkish billionaire philanthropist, Osman Kavala.

Predictably, Erdogan did as Erdogan does: he feigned outrage. Over the following days, he hinted that the ambassadors would be expelled from Turkey. If he followed through on the threat, it would be the worst diplomatic crisis in Turkey’s history, but whether the threat was genuine or not was up for debate.

I found it hard to imagine that Erdogan would create a diplomatic rift simultaneously with Turkey’s top trading partner (Germany), its top arms dealer (the U.S.) and its top foreign investor (the Netherlands) in response to a purely symbolic statement from their ambassadors.

But then on Saturday he announced publicly that he had ordered Turkey’s foreign ministry to declare the ambassadors personae non gratae. The Turkish lira briefly went into freefall and the most faint-hearted experts predicted an escalating diplomatic tit-for-tat that could permanently wreck the West’s relationship with one of its most important “eastern” allies.

That of course didn’t happen. What did happen was a lot of political theatre.

Erdogan may be somewhat hobbled by age and reported health issues, but he has by no means lost his political instincts. Bashing the West is a winning political strategy in Turkey these days. Cynicism of Western countries runs deep in society and cuts across all political lines.

The last few years have been particularly damaging for European nations, as well as the U.S., with questionable leaders like Donald Trump, Britain’s Boris Johnson and France’s Emmanuel Macron creating the impression here that the West writ large is on the decline. Even Turkey’s pro-Europe secularists are now questioning the wisdom of joining the European Union, with less than half in favour, according to a 2018 survey by the Center for American Progress, compared to nearly three-quarters a decade ago.

With Erdogan’s economic credentials collapsing as Turkey’s economy careens toward disaster, the nationalist card is increasingly becoming his one source of electoral strength. A gang of diplomats from Western countries pontificating about Turkey’s failings is just the kind of ammunition a politician like Erdogan, who thrives on political pugilism, craves.

Their intention, of course, was noble, and justifiable, in terms of international law, human rights and diplomatic norms. Kavala, who has spoken out against Turkey’s slide into authoritarianism, has languished in prison for four years without ever being convicted of a crime. Whenever Turkish courts have cleared him of criminal wrongdoing, the government has conjured up new allegations to keep him locked up.

Human rights activists point out that the only “crime” Kavala appears to have committed is posing a threat to Erdogan and the ruling AK Party because of his personal wealth and access to resources, which he has used to support civil society movements calling for the rule of law to be respected in Turkey.

In December 2019, the European Court of Human Rights agreed, concluding that Kavala’s detention violated his rights and ordered his release. Turkey, as a member of the Council of Europe, was required to abide by the Court’s decision. It hasn’t.

But the rightness of the diplomats’ move does not mean it was strategically advisable, especially at a time when Turkey is already being considered for suspension from the Council of Europe—in part because of the Kavala case—and has been grey-listed by the Financial Action Task Force for not doing enough to counter money laundering and terrorist financing.

Those moves will hurt the Turkish economy, which will inevitably make Erdogan’s re-election prospects dimmer than they already are. A symbolic statement from a group of diplomats was never going to have much of an impact.

“What’s unusual here,” Ilter Turan, a Professor emeritus in political science at Istanbul’s Bilgi University, told me soon after Erdogan made his call for the ambassadors to be expelled, “is that 10 ambassadors got together and signed a letter. The collective action doesn’t do much except create the impression that these Western countries are getting together and scheming against Turkey.”

But at same time, it’s important to steer clear of purely symbolic moves that can easily backfire. In this case, all 10 embassies have now issued a statement saying they respect the rules of the Vienna Convention governing diplomatic behaviour, referring to Article 41 in the agreement which states no diplomat will interfere in the host county’s domestic affairs.

Erdogan has taken that as an apology and backed off from the expulsion threat. But he will no doubt use this moment to declare victory against Western imperialism. Outrage wins.