Greta Thunberg: A message in a racing yacht

Image of the week: The 16-year-old climate activist is on a daring trip sailing across the Atlantic instead of flying. Take that Donald Trump. 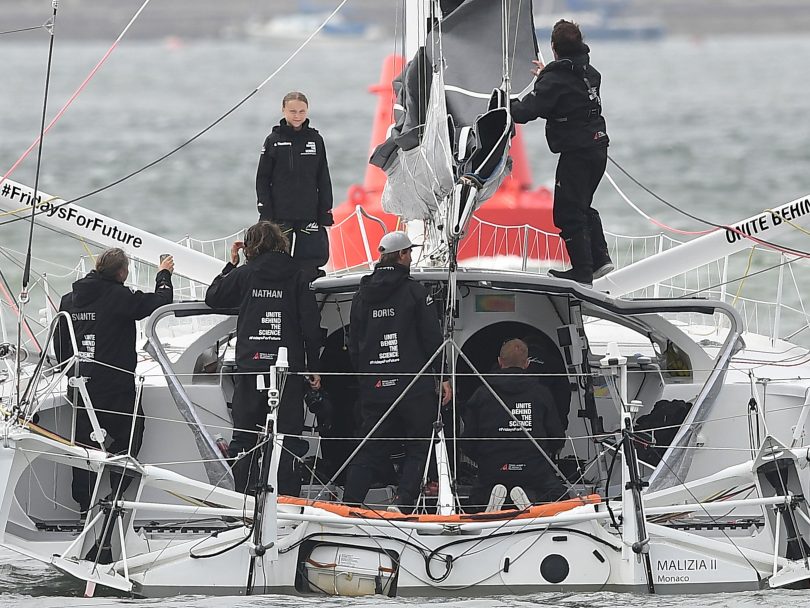 Greta Thunberg does not mince words. The teenage climate activist scolded British lawmakers to their faces in a parliamentary address this May; she guilted her parents into going vegan; last year, she  protested outside the Swedish legislature every day for three weeks handing out leaflets that read, “I am doing this because you adults are shitting on my future.” The 16-year-old Swede is a rapidly rising superstar in the fight against climate inaction, having appeared on the cover of Time magazine and being celebrated in a 15-metre-tall mural in Bristol. But it was this week’s stunt that rocketed her to new levels of fame: On Aug. 14, Thunberg set sail on a two-week voyage to New York from Plymouth, U.K., on a zero-emission racing yacht, padded by solar panels and underwater turbines. She will then travel (via bus and train) with her father to the UN climate conference in Chile, with stops in Canada, Mexico and the United States. When asked if she’ll meet with President Donald Trump, she gave a predictably Thunbergian response: “Why should I waste time talking to him when he, of course, is not going to listen to me?” She’s right, of course. But even if Trump isn’t listening, millions of others are.

SEE MORE IMAGES OF THE WEEK:

FILED UNDER: Editor's Picks Greta Thunberg Image of the week