Greta Thunberg steps on a lot of well-shod toes

Image of the Week: The world's best-known climate crusader made the Davos elite squirm, with the help of Indigenous activist Autumn Peltier. But is embarrassment enough? 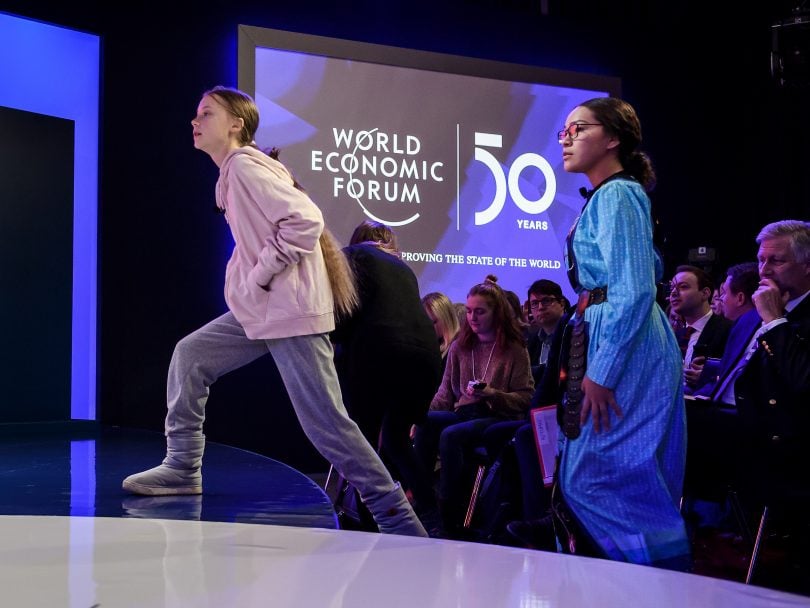 This week, one year after her first appearance at the World Economic Forum in Davos, Switzerland, teenage climate firebrand Greta Thunberg took the stage once again. “I’ve been warned that telling people to panic about the climate crisis is a very dangerous thing to do,” she said, staring down her audience. “But don’t worry. It’s fine. Trust me. I’ve done this before, and I can assure you, it doesn’t lead to anything.” The barbed joke earned too few tentative laughs, but set the tone for the rest of her speech, which exuded exasperation and disappointment instead of the anger and frustration that marked her instantly famous speech at the United Nations last September. This time, Thunberg was joined by Autumn Peltier, the 15-year-old clean-water activist from the Wiikwemkoong First Nation in northern Ontario. Peltier, who at age 13 scolded Prime Minister Justin Trudeau to his face, is a good partner for Thunberg: neither teen seems intimidated by the dismissive pragmatism of older men who run the world. Nor should they be. After all, what’s the worst that can happen? Politics is often empty rhetoric. And if you ask these girls, that’s exactly the problem.