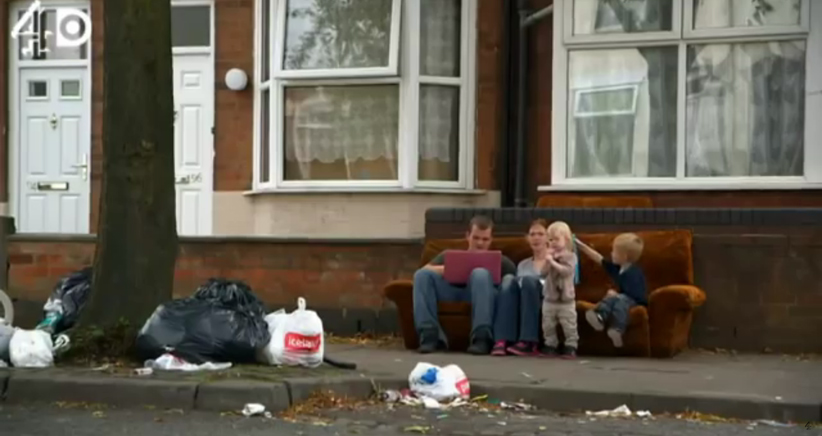 “Have you been in and out of work since leaving school? Are you sick of living off your parents? Are you losing out on jobs because you’ve got no experience?”

This is the casting pitch for a new BBC reality show, Britain’s Hardest Grafter, currently looking across the country for stars. Although the program is still only in development, it is causing controversy on this wet, windswept and ferociously class-obsessed island. Produced by the company Twenty Twenty and BBC2, it has been dubbed the “working-class Hunger Games” by a mostly indignant British media and, last week, attracted more than 22,000 signatures to a Change.org petition demanding the broadcaster cancel the show before it’s aired.

The reality show, which sounds more like The Apprentice for the working poor, will pit a group of 25 low-paid workers and welfare recipients to compete in a series of employment tasks to determine who is the hardest worker, with the winner earning a cash prize of $29,500. This number is something of a theme in the show, since only those earning less than $29,500 per year may apply.

So why all the moral uproar about a show about out-of-work people trying to prove their employability on national television in exchange for payment and, possibly, a cash prize? Like most things in Britain, it’s about cultural context—both recent and historical.

From feudal times right through to the industrial revolution, Britain was a nation that depended on a vast, toiling underclass to hold up a cushy standard of living for the lucky aristocratic minority. As a sort of romantic recompense, poets and painters, from Christopher Marlowe to John Constable, mythologized and idealized the bucolic-but-impoverished peasant life. Since the rise of the middle class, this has changed (see the novels of Charles Dickens for a revised vision of the urban working class), but well-off British people’s appetite for gawking at their poorer counterparts has remained more or less constant. One need only look to the enduring success of soap operas like Coronation Street and EastEnders (both of which chronicle the lives of mostly miserable but endlessly plucky working class) to understand this appetite.

Britain’s Hardest Grafter comes hot on the heels of last year’s highly successful Channel 4 Series Benefits Street, which depicted the real lives of a community of people living on a street in Birmingham, where 90 per cent of the residents claimed welfare. A fly-on-the-wall documentary (rather than a reality competition show), it contained scenes of benefits recipients shoplifting, partying and generally behaving badly. The ensuing controversy over whether the subjects were exploited, and whether the program should have been made at all, sparked a national debate and resulted in high national ratings. Residents of the street complained they were misled by producers as to the nature of the show and were subjected to merciless media scrutiny. Some reported receiving death threats on Twitter. After an ensuing investigation by the media regulator Ofcom, the makers of Benefits Street were found to have acted ethically, but the show’s legacy—that no publicity is bad publicity, when it comes to televising the lives of the poor—lingers on.

Britain’s Hardest Grafter has been called “poverty porn” by liberal commentators who see it as patronizing and exploitative. The food blogger and Guardian columnist Jack Munroe (author of the famous blog AGirlCalledJack.com, in which she, a single mom on benefits, recounts her efforts to shop, cook for and feed her daughter) last week posted a list of cautions for anyone thinking of applying to be a contestant on the show. These included a reminder that any cash prize would be taxed as earnings, as well as a warning to remove from social media “any pictures of you with a beer in your hand, and DEFINITELY any champagne bottles or glasses.” At the other end of the spectrum, Telegraph columnist Rupert Myers scoffed at the notion that Britain’s working poor need protection from reality-TV producers, pointing out that a show about people doing menial labour is hardly a new low for the medium.

The BBC, for its part, has said it will not bow to pressure to cancel the show. In a joint statement with the producers, it described the program as “a serious social experiment,” which will “investigate just how hard people in the low-wage economy work.” What they did not add, of course, is the hope that middle-class Britain will happily sit back in the comfort of their living rooms and watch.