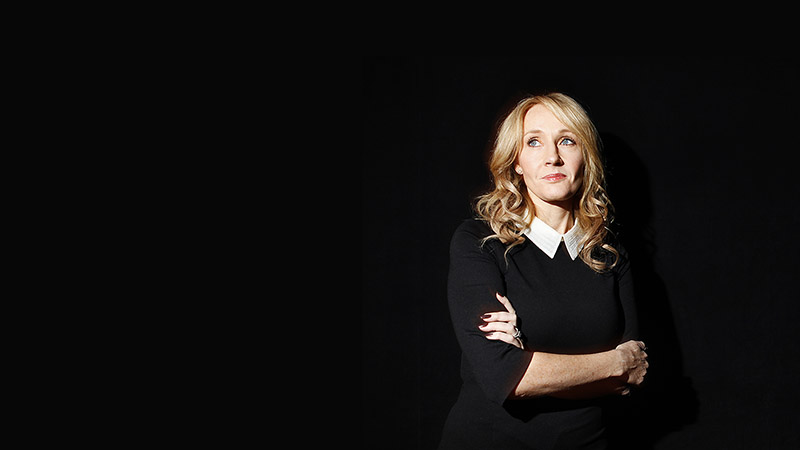 Last week, when the Edinburgh-based author J.K. Rowling threw her support behind the No vote in Scotland’s upcoming referendum on independence, she was immediately excoriated on Twitter. Nationalist trolls en masse labelled her everything from a “Unionist cow bag,” to another common Scottish insult that begins with “c” and features heavily in the dialogue of Irvine Welsh. An Edinburgh-based charity made headlines for calling her a “#bitch.” (It later claimed the tweet was the work of a hacker.) A spokesman for U.K. Prime Minister David Cameron condemned the abuse, as did senior political figures throughout Westminster and Holyrood, the Scottish Parliament. But the damage was done and the debate over the referendum had shifted to a whole new, unpleasant level.

In a lengthy statement published on her website, the Harry Potter author—who was not born in Scotland but has lived there for more than 20 years—laid out her argument. If a Yes vote were to succeed it would be “a historically bad mistake,” she said. “This is not a general election, after which we can curse the result, bide our time and hope to get a better result in four years,” Rowling warned. “Whatever Scotland decides, we will probably find ourselves justifying our choice to our grandchildren.”

Rowling wasn’t the first literary heavyweight to wade into the debate—Scottish writer Alasdair Gray, for instance, is a vocal member of the Yes side—but she was the first to back up her position with a hefty donation: £1 million ($1.8 million) to the Better Together campaign. With the historic vote now less than 100 days away (Sept. 18), the donation comes at a crucial moment for the organization. The most recent polls have put the nationalists’ chances of winning at roughly 30 to 40 per cent, and the gap may be narrowing. Last month it was revealed that the nationalist group Yes Scotland had received an enormous donation of £3.5 million ($6.5 million) from Chris and Colin Weir, the Glasgow-area couple who won $297 million in the EuroMillions lottery in 2011. That single donation amounts to 80 per cent of the funding for the pro-independence group.

Rowling’s concerns, which ranged from uncertainty over an independent Scotland’s EU membership and future currency to the potential reliance on North Sea oil revenues, were tempered by an enormous affection for Scotland. She sang the virtues of her adopted nation, pointing out that “Scotland has punched above its weight in just about every field of endeavour you care to mention.” But like many non-nationalist Scots, she feels the potential risks of independence outweigh the promised benefits. She was also careful to underline that she is no fan of the current coalition government in Westminster and happy that Scotland (because of its independent parliament) had been protected from the social spending cuts south of the border. (The author, who is currently worth approximately $1 billion, wrote the first volume of Harry Potter while she was a single mother on welfare in Edinburgh.)

In recent days, a number of high-profile international figures have joined Rowling in coming out against Scottish independence. Pope Francis expressed fears over the “divisions” an independence vote might create. Hillary Clinton and President Barack Obama have both voiced their support for the union. Also beating the drum for the No vote are the English actress Emma Thompson, the Scottish singer Susan Boyle, former Manchester United coach Sir Alex Ferguson and David Bowie, who ended his speech at this year’s Brit awards with the words, “Scotland stay with us.”

But no name has elicited quite as heated a reaction as Rowling’s. Like many non-native-born Scots, Rowling feels especially alienated by the hardline nationalists, whom she believes “might judge me insufficiently Scottish to have a valid view.” Rowling was born in the English West Country but has Dutch, Flemish and Scottish ancestors. Referencing the evil tribe of wizards and witches who support Lord Voldemort in her Harry Potter series, Rowling evoked some magic to drive home her point: “When people try to make this debate about the purity of your lineage, things start getting a little Death Eaterish for my taste.”