The photo of Alan Kurdi, face-down on a beach, was seen as a wake-up call. But two years later, the crisis persists—for refugees, and for the Kurdis 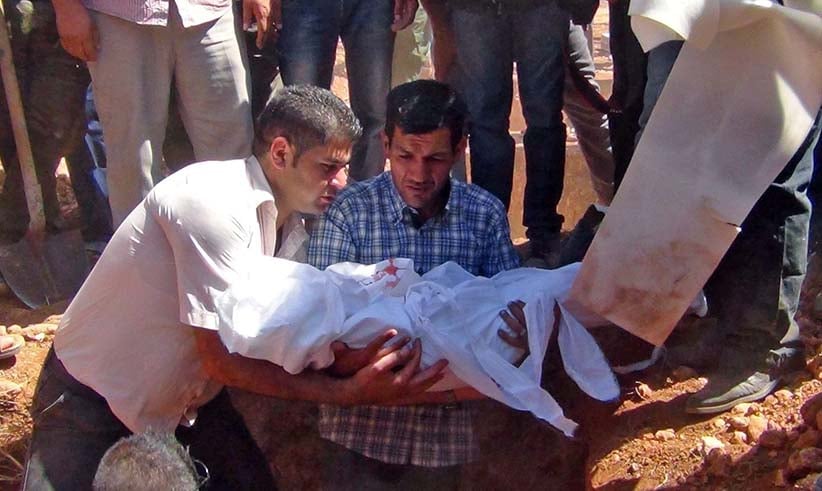 Abdullah al-Kurdi holds his son’s body as they bury drowned migrants during a funeral in Kobani, Syria. (DICLE NEWS AGENCY/EPA/CP)

Alan Kurdi and his brother Ghalib have been dead now for two years. If they were still alive today, they would be five and seven years old respectively, mischievous and fiercely loyal to each other and, more likely than not, living in a refugee camp in Turkey or Jordan. Their mother, Rehana, who drowned with them in the Mediterranean Sea on Sept. 2, 2015, would still be showering love and affection on her two boys. Their father, Abdullah—the lone member of the family to survive—would be the jovial, smiling man he had been all his adult life, not the broken shell he has become.

But if Alan had survived, and had not instead washed up on a beach in Turkey on a warm late summer morning, just as a photographer was wandering by to capture the image that would come to define the tragedy of modern-day refugees, would the plight of refugees be any different today?

Not likely. One family would have been spared the worst pain imaginable, but another would have surely taken the Kurdis’ place. In the two years since Alan’s death and that iconic photo, despite all the grand displays of solidarity and moral outrage, the refugee crisis is as bad as it was in 2015, and by many measures, worse. The outrage has passed, overtaken by fear. Solidarity has given way to division, and the dead continue to mount.

“We have not seen the worst yet,” warns Tima Kurdi, Alan’s aunt, speaking to Maclean’s by phone as she prepared to fly to Erbil, the capital of Iraq’s Kurdistan Region, for the anniversary of Alan’s death. Two years after the death of her brother Abdullah’s family, the Vancouver native has sold her hair salon and has hit the public speaking circuit in Canada and the U.S. to drum up support for refugees, particularly children.

“I could not focus on [the business]. I could only think about refugees,” she says. “Abdullah did not do very well. He was alone in Kurdistan. He was hospitalized. There was a period where he didn’t want to live anymore.”

MORE: Abdullah Kurdi lost everything—and caught in a whirlwind, there is no peace

Abdullah’s pain stemmed, at least in part, from the co-opting of that heartbreaking photograph of Alan into the promotion of political agendas. It felt surreal, Tima says, to see her brother and that one image evolve into a binary relationship, the one dependent upon the other. Back in October 2015, when Maclean’s first interviewed Tima in Erbil, Abdullah was a feted figure in Kurdistan, celebrated by the regional government because of his Kurdish roots, his tragedy repurposed to represent the suffering of all Kurds. Alan’s death became the symbol for the recurring death of the Kurdish dream of independence, and in speeches and ceremonies, Abdullah was tasked with spreading the message of Kurdish autonomy.

But it was never meant to last. After he served the government’s purpose, he was discarded, a bereft father and husband struggling now to find a purpose in life. The foundation he has set up, named after his dead children, has struggled to find supporters. Tima, who was always skeptical of the world’s response to her nephew’s death, has taken the lead as Abdullah struggles to find some semblance of peace.

“When he was fleeing Syria, he saw horrible things,” she says. “It really scarred his heart. And then to lose his entire family. He’s having a hard time moving on. It’s a trauma that will probably never heal.”

Paramilitary police officers investigate the scene before carrying the lifeless body of Alan Kurdi, 3, after a number of migrants died and a smaller number were reported missing after boats carrying them to the Greek island of Kos capsized, near the Turkish resort of Bodrum early Wednesday, Sept. 2, 2015. (AP)

The task Tima has set out for herself is monumental, and grows in scale every day. Refugees are still dying in record numbers, the vast majority drowning in the Mediterranean Sea, just as Alan did, according to the International Organization for Migration’s Missing Migrants Project. Now, though, they are not washing up on Turkey’s beaches; after the European Union and Turkey signed a deal in early 2016 to effectively cut off access to Europe, refugees have been turning to a more dangerous route from Libya to Italy.

Meanwhile, the world has never seen as many refugees as it has today, with 22 million in total, according to the United Nations’ refugee agency (UNHCR). The numbers, too, are projected to grow as climate change wreaks havoc on the earth. Last week, North Americans watched in horror as more than 1,100 millimetres of rain fell on the city of Houston in a matter of days, displacing hundreds of thousands. Less noticed, however, were catastrophic floods in India, Nepal, and Bangladesh that left millions homeless.

In rich, industrialized nations like the U.S., which are largely responsible for the destructive effects of climate change, civilians will recover. But in poor countries, where people’s lives hang precariously in nature’s balance, catastrophes are often permanent and force people to look elsewhere for survival.

At the same time, the openness to refugees that countries like Canada and Germany were pledging in 2015 has all but disappeared. These days, the debates circle endlessly around concerns over terrorism and a nebulous fear over “values.”

Tima says she understands the concerns; no one wants their society overrun with foreigners who may not abide by fundamental rules and who may pose a threat. “But when leaders like Trump ban refugees because they’re afraid of terrorism,” she says, “I ask for the proof.”

There is none. Yet the fear persists. Earlier this year, the EU began to negotiate a deal with African countries similar to the one they have implemented with Turkey that would limit the number of refugees entering its territory from Libya. As they did during the EU-Turkey deal, migration experts are warning that the move would be disastrous. “The fact that the EU is ready to consider such a plan tells us that this is not really about improving processes for managing migration, but reducing—at any cost—the numbers of migrants arriving on European shores,” wrote Mattia Toaldo, senior policy fellow at the Council on Foreign Relations, in a Jan. 24 article. 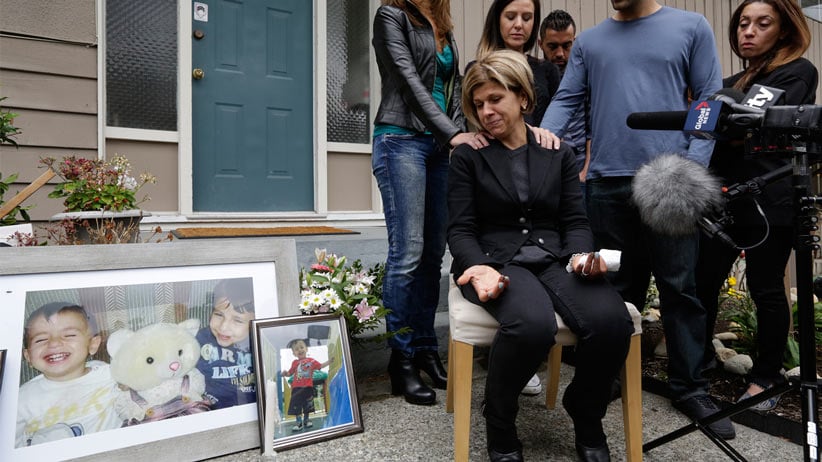 Tima Kurdi speaks to reporters outside her home in Coquitlam, B.C. on Sept. 3, 2015. (Photograph by Brian Howell)

Tima, too, believes this protectionist itch is doomed to fail unless the world deals with the root causes of migration. She is more of an idealist, hoping—perhaps beyond hope—that the world can find a way to end conflict altogether and fix the environment once and for all.

The experts are more sober. They accept the reality of our age: environmental degradation, and the conflicts arising from it, is dooming our planet to a future dominated by mass migration. They have called for an overhaul of the refugee system, allowing those displaced by war and environmental catastrophes to apply for resettlement from their home countries, eliminating the reliance on smugglers to transport them illegally on life-threatening routes.

But perhaps the world won’t respond to their pleas until a child from the west is photographed dead on a lonely beach somewhere. And that will happen, if we don’t change our ways soon. The sad fact, however, is that politicians will no doubt find a way to use that image for their own purposes.

Like Alan Kurdi lying lifeless on a beach in Turkey, the next dead child will surely become another cause célèbre. Only, the cause will not be saving humanity from itself—a task, sadly, that seems too massive for one boy, tragically killed by the sea, and buried by antipathy.