The people of Colorado just voted to abolish slavery—here's why

A 142-year-old passage in the state constitution allowed involuntary servitude for prisoners. It hasn't been easy to get rid of 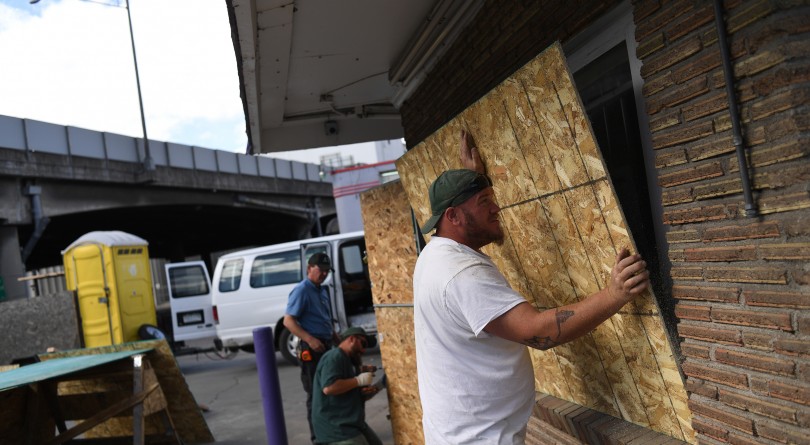 Printed on Kamau Allen’s ballot in Colorado, on a day when Americans across all 50 states headed to the polls in midterm elections, was a question he helped put there:

In other words, should Colorado abolish slavery—really, truly and fully?

Non-Coloradans could be forgiven for feeling confused. The Thirteenth Amendment of the U.S. Constitution abolished slavery throughout the union in 1865. But language in Colorado’s state constitution dating back to 1876 excluded prisoners from that protection. And while legal experts say the provision is no longer in force, its mere existence is an affront to activists like Allen, an organizer with Abolish Slavery Colorado. To them, it is a legal vestige suggesting slavery is not yet fully eradicated.

After he cast his ballot, Allen proudly wore his “I voted” sticker. “There’s no better feeling in the world than knowing that we put that there,” he says of the proposition known as Amendment A. A few hours later, after the polls had closed and the votes were counted, he could feel still prouder: Amendment A passed, with 65.01 per cent of the vote.

The decision to end slavery may seem a no-brainer, but Colorado voters didn’t see it that way during the last national elections. In 2016, a similar proposition lost by less than one percentage point—this despite all of the state’s legislators voting in favour of adding the question to the ballot. There was no organized opposition or public campaign against the amendment. It had bipartisan support, and seemed at the time like a sure-win. The result left those pushing the measure asking themselves where they went wrong.

Activists and lawmakers blamed the previous question’s convoluted language, which led some people to vote by accident to keep slavery in the state’s constitution. It read: “Shall there be an amendment to the Colorado Constitution concerning the removal of the exception to the prohibition of slavery and involuntary servitude when used as a punishment for persons duly convicted of a crime?” Befuddled, many decided to not answer at all: it was the most skipped question on the ballot.

The question this time around was, by comparison, clear and concise. Allen and his team spent months working with state legislators to nail down the language, and once again, support from lawmakers was unanimous. There were, however, concerns from people on both sides of the aisle—those advocating for prison reform and those tough on crime. A mild debate on the issue led to misconceptions about what happens after the amendment’s passage: What would it mean for prison work programs? Will you have to pay prisoners a full minimum wage? Will you have to stop sentencing people to community service? “Amendment A doesn’t result in any of that,” notes Allen, adding that “by Nov. 7, the department of corrections will not have to change any of its practices.”

This is why people tend to ask Allen why the amendment is needed at all. The few opponents of the measure have chalked up Amendment A as nothing more than symbolism. While Allen acknowledges there is plenty—centuries-worth—of symbolism involved, he stresses that the state constitution isn’t symbolic: “It’s the moral and legal foundation of our state. We are saying this constitution should not be complicit with any practice of slavery under any circumstance, and in a way, we’re also closing the door to any type of law that could look like slavery.”

Still, Amendment A has its critics, some of whom remain in the shadows. Nearly 35 per cent voted against it on Tuesday, and on the eve of the election, one of the amendment’s lead campaigners had about 25 of the group’s door-knob placards set aflame on the front porch of his Denver home—an act that Abolish Slavery Colorado interpreted as a show of intimidation. The organizer was away, but his wife and kids discovered the ashes.

On the night of the election, Allen counted down the minutes. He was excited but nervous—questions about safety were raised. “We’re living in a time of heightened racial tension and white supremacist violence,” he says.

After the polls closed, he and his group gathered to watch the numbers roll in. This time there was no question—slavery was abolished. Like many families in Colorado, Allen’s ancestors fled bondage in the South. There’s little doubt, he says, “this is black history.”