As the North Korean crisis escalates, Canada must step up

Opinion: The U.S. has failed in its handling of North Korea—creating an opportunity for Canada to prove it is 'back' on the world stage 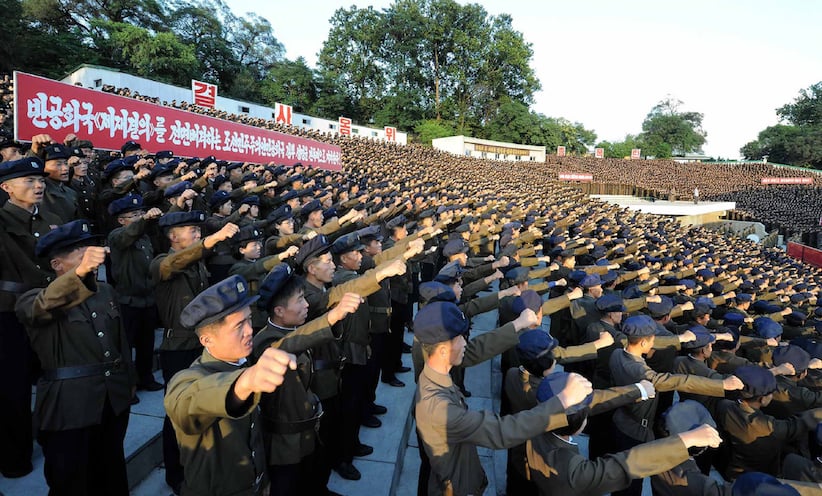 Tina J. Park is a Ph.D. candidate in the Department of History at the University of Toronto, specializing in Canadian-Korean relations. She is also a co-founder and executive director of the Canadian Centre for the Responsibility to Protect and vice-president of the NATO Association of Canada.

The escalation of tensions between the United States and North Korea over the past two weeks have left many quite anxious, including those of us in Canada. President Donald Trump’s “fire and fury” warning to Pyongyang, in particular, epitomized how quickly tensions could escalate in a matter of hours. It had an eerie doomsday-like tone commonly found in the propaganda materials of Pyongyang, and Secretary of State Rex Tillerson and Defence Secretary James Mattis rushed to downplay the severity of Trump’s message. Some began to wonder: Will Canada be within the target range of the Intercontinental Ballistic Missiles (ICBMs)? If the United States was attacked, would Canada be called upon to help as a NATO member?

And of course, there has been an exchange of hostile rhetoric between Trump and North Korean leader Kim Jong-un, sparked by North Korea’s second test launch of Hwasong-14 on Jul. 28, its most potent ICBM to date. In a rare moment of unity, the UN Security Council unanimously passed a resolution on Aug. 5 to impose toughest-ever sanctions on North Korea. In return, Pyongyang promised to retaliate by a “thousand fold.” Trump and Kim then traded threats over nuclear warheads, a potential attack in Guam, and even a pre-emptive strike by the United States. Just earlier on Monday, South Korea’s recently installed president Moon Jae-In told Gen. Joseph Dunford, the chairman of the U.S. joint chiefs of staff, that “our top priority is the national interest … and our national interest lies in peace.”

As a Pacific nation, Canada also has an interest in peace on the Korean peninsula. Canada’s free trade agreement with South Korea, which came into force in 2015, is our first in the Asia-Pacific region. South Korea is Canada’s seventh-largest trading partner, and the two-way trade is valued at more than $12 billion. More than a million people travel between Canada and South Korea every year. We have an active and thriving community of Korean-Canadians across Canada. What happens on the Korean peninsula matters to Canadians, and there is a role that Canada can play to alleviate tensions: Canadian diplomatic work in Seoul, Pyongyang, Washington, Moscow, and Tokyo would give genuine substance to Prime Minister Justin Trudeau’s proclamation in 2015 that “Canada is back.”

It’s clear that other voices are needed. Part of what has made the latest crisis so confusing was the lack of any coherent American policy on North Korea, aside from Trump’s tweets. Those mixed signals from Washington, however, reflect a broader underlying problem which began long before the Trump era: the United States has failed in devising a consistent policy for dealing with North Korea, a failure that only gave the Kim regime more time to improve its military capabilities.

And with his bellicose and even reckless threats, President Trump’s lack of experience as the commander-in-chief is now on full, public display. His predecessors tried various options too, but none suggested military options as haphazardly as Trump has done on Twitter. If Trump’s messages were aimed at deterrence, they failed both in changing Pyongyang’s behaviour and in maintaining American credibility at home and abroad. In fact, any American efforts to outdo Pyongyang’s military rhetoric will always be a futile exercise, precisely because it will feed into North Korean propaganda about the “existential threat” it faces from the United States. De-nuclearizing the Korean peninsula and dealing with the Kim regime will require a long-term strategy that involves patience and prudence, rather than belligerent rhetoric.

Indeed, diplomatic options are more attractive than any form of military confrontation with the formidable North Korea, which boasts one of the largest standing armies in the world, advanced nuclear and missile capabilities, a reservoir of chemical and biological weapons, and the latest submarine, cyber, and aircraft capabilities. Geography is also important: The small size of the Korean peninsula provides no room for surgical-strike operations, and Korea’s geo-strategic location at the centre of northeast Asia means that there would be ripple effects on powerful neighbours like China, Russia, and Japan. Among some 51 million people in South Korea, there are 28,500 American soldiers and some 23,000 Canadians who currently live in South Korea. Any form of attack with conventional weapons would have devastating consequences within half an hour, and human costs of war on the Korean peninsula—coupled with the economic and commercial consequences and geopolitical instability—is something that nobody can afford. Any miscalculation or provocation would be deadly for both sides—a risk that both Pyongyang and Washington are fully aware of, despite the rhetoric we have heard over the past two weeks.

President Moon Jae-In and Foreign Minister Kang Kyung-Wha—the first woman to hold the position and who brings her extensive United Nations background to the job—are both fully committed to pursuing a diplomatic policy of engagement with North Korea, as Moon’s recent speech in Berlin demonstrated. While the latest escalation of tensions has found South Korea calling for a full reform of its defence industry and installing additional Terminal High Altitude Area Defence (THAAD) anti-missile defence units, Moon’s personal commitment to diplomatic solutions should be taken seriously. And they are seeking new partners: at the last G20 meeting in July in Hamburg, for instance, Moon pleaded for help from Trudeau in dealing with North Korea.

Canada, after all, has a long history of engagement on the Korean peninsula, dating back to the 1880s when the first group of missionaries from the University of Toronto arrived in Busan; Canada’s early missionaries would go on to operate most actively in Hamgyong province, which is now part of North Korea. Long before diplomatic relations were even established, ordinary Canadians dedicated their lives to building schools, hospitals, and even fighting for South Korea’s independence during Japanese colonial rule. After serving on the UN Temporary Commission on Korea in 1947-48, Canada then became the third-largest troop-deploying country in the Korean War when it broke out in 1950. More than 26,000 young and bright Canadians volunteered to serve in Korea in defence of freedom and security, and Canada remained active in sending humanitarian aid and adopting Korean orphans throughout the 1950s and 1960s. As two countries whose political, economic, and security interests are closely intertwined with the United States, Canada and South Korea maintained a special friendship throughout the Cold War.

Today, Canada is part of the UN Command Military Armistice Commission to supervise the Korean Demilitarized Zone, and the two countries are involved in active joint exercises. The two countries have engaged in an annual exchange of ships since 2000 and have participated in the Rim of the Pacific Exercise together. In time for Canada’s 150th anniversary celebrations, HMCS Ottawa and HMCS Winnipeg arrived on the shores of Busan and Incheon, as part of the joint naval exercises for Poseidon Cutlass 17. In addition to advancing joint capabilities, it sent a clear signal that the Royal Canadian Navy is fully committed to improving interoperability with the Republic of Korea Navy in the Asia-Pacific region. 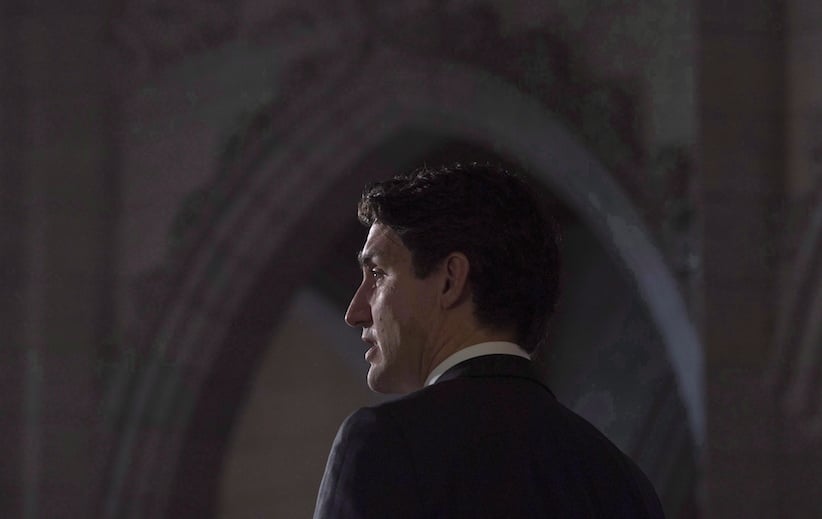 Meanwhile, despite the important leverage that China, the U.S., and the immediate neighbours of the Hermit Kingdom have on North Korea, their efforts have been stalled precisely because of differences in opinion. A new round of negotiations led by a third party like Canada could inspire a much-needed fresh approach in tackling the root causes of North Korea’s military programs. The liberal democratic world can only exist if those who threaten it with violence are constrained by diplomatic measures that encompass respect, political engagement, humanitarian values, and strategic capability, and as a country that enjoys a special relationship with both the United States and South Korea, Canada has a lot to offer in this regard.

Canada also has a proven track record of serving as an honest broker in tough negotiations and in promoting global humanitarianism. The dire humanitarian situation in North Korea, where 25 million people are suffering under a brutal dictatorship, dying from hunger and facing crimes against humanity, also calls upon our collective responsibility to protect (R2P) people in peril. A proud Canadian intellectual legacy, R2P offers a wide variety of tools, including economic, political, and diplomatic options, so that principles of human equality and dignity can be upheld for those who cannot speak for themselves.

Trudeau and his foreign minister, Chrystia Freeland, have the political standing and capital to engage at a higher level to forge some international focus and coherence in dealing with North Korea. The return of pastor Hyeon-Soo Lim through Canada’s diplomatic efforts, at a time when tensions are skyrocketing between Washington and Pyongyang, serves as a compelling example that there is room for diplomacy if we try hard enough.

To be sure, every time a leader uses political capital, domestically or internationally, there is risk. Having a constructive and independent Canadian foreign policy means standing up for our values and using our resources to fight for what’s right. Louis St. Laurent did it with NATO and Canada in Europe; Lester B. Pearson did it on Suez; John Diefenbaker did it on South Africa; Brian Mulroney did it on free trade and the “Open Skies” initiative; Paul Martin did it on the establishment of the G20.

Today, Trudeau has a genuine opportunity to do so in Korea. Canadians will not fault him for trying. But they will—and should—fault him for looking the other way.