Everything is political now

Opinion: Companies like Gillette and Nike are doing what once would have been unthinkable—linking their brands with politics. They didn't have a choice. 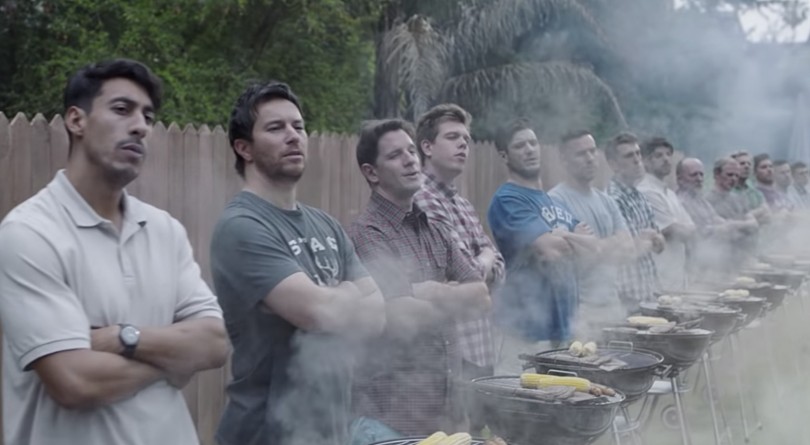 Dennis Matthews is a conservative strategist and commentator who is a vice president at the national communications firm Enterprise Canada. He served as an advertising and marketing advisor to Prime Minister Stephen Harper.

Our society has never been more political, and businesses have started tapping into the fast-response emotions that political parties have capitalized on for years to move voters.

For a brand like Gillette, it’s been a way to regain relevancy as the next generation of customers started spending all their money on Dollar Shave Club or Harry’s instead of at the drug store on Dad’s old razor. It’s these same millennials who don’t just view a purchase based on price or function, but as an endorsement of their values.  To connect with them in a meaningful way Gillette realized its strength wasn’t a cool subscription service or hot branding, it was its history, legacy and money. And by tapping into a huge political movement it used emotions to make a brand statement.

There was a time when it was conventional wisdom to avoid talking about politics at a family gathering or in the workplace. It wasn’t long ago that it would have been unthinkable to watch a major company like Nike or Gillette openly associate their brand with a political movement. So, what changed?

In short, we did.

Our society has gone through a dramatic transformation in recent years. The digital revolution has led to information overload, and sorting out fact from fiction and making sense of the world around us is like drinking water from a firehouse. It’s a world where knee-jerk opinions spread quickly.

READ MORE: If Gillette wants to fix gender inequity, it should start with its razors

Take the latest controversy over the Gillette advertising campaign, one wonders just how many of those “hot takes” were formed and shared on Twitter or Facebook—with or without—even watching the ad.

All of this is set on a backdrop of a historic decline of trust in our institutions and a sharp polarization of everyday political debates. An annual global study by the public relations firm Edelmen continues to demonstrate the profound loss of faith in authority figures, government and the media that is prevalent around the world. The sharpness of our routine political discourse and ‘with us or against us’ mentality has been brewing ever stronger and can be seen live on cable news every night, or on your Twitter feed right now.

In 2019 it seems apparent that some political actors—and even businesses—are able to exploit our political debates to their advantage. It’s because they’ve properly adapted to how people are responding to today’s world. Those who figured it out have had their techniques validated by a Nobel Prize whether they realized it or not.

Psychologist Daniel Kahneman won that Nobel Prize in Economics for describing System 1 and System 2 thinking. In Coles Notes, System 1 is your emotional fast response. System 2 is the slower and deliberative side of things where reason can dominate. Kahneman found that our fast-emotional response is extremely influential in guiding even our slower and deliberate System 2 thinking.

What this means is that we now decide very quickly whether a brand is part of our tribe. When you combine System 1 thinking that easily dominates the decision-making process with the absolute information overload we face on a daily basis, it’s more obvious why so much has changed.

Yet while the world was changing, businesses (and many in politics) were stuck in that deliberate System 2 thinking. Believing that if they just said the right things or built the best product they would thrive. Who tapped into the fast-response emotional thinking the best? The Brexiteers, Trump, the 5-Star movement in Italy. Even Doug Ford in Ontario.

The emotional aspect of Trump’s “Make America Great Again” appeal to flyover states and small-towns that had been transformed by immigration and hollowed-out by globalization was obvious. It’s equally important to understand his calculus that it didn’t matter what people in downtown Manhattan or San Francisco thought.

It’s the same thinking for Gillette when it leveraged the #MeToo movement with its advertising campaign. It knows that many customers who shop on price or habit all over the country will continue to do so. It didn’t matter that many criticized the campaign because the company needed it to resonate with a younger, urban customer base that had been drifting away.

This is because base emotions build strong brands, even if the take-a-ways aren’t universal. It’s why Nike is comfortable associating with Colin Kaepernick—the group that relates to him is a more lucrative customer base than the one that that identifies with President Trump.

It’s not like brands have a choice. Just look at controversies around Starbucks Christmas cups or Chick-Fil-A sandwiches. These brands didn’t strive to be political, it happened anyways. It’s obvious why brands are considering tapping into it on their own terms, and by doing so, gaining the opportunity to anticipate the response with a sense of control.

Applying a judgement on whether this is all good or bad for society will be at task for anthropologists when enough time has passed. What’s becoming increasingly obvious is that today’s world has reinforced that decision making happens quickly and is emotionally-driven. Political advertisers pioneered this years ago and populist politicians perfected the message. The rest of the world is now joining in.