Opinion: As Alberta grapples with deficits, some claim the solution is higher taxes, but that misses the real problem: years of out of control spending 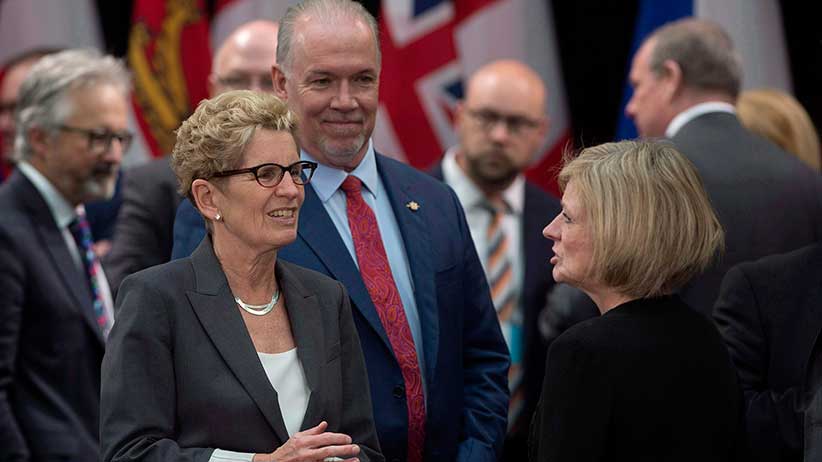 Mark Milke is author of “Tax Me I’m Canadian: A taxpayer’s guide to your money and how politicians spend it.”

With Alberta expected to run large deficits for at least the next three years, there’s an argument you’ll hear made that the province can return to balanced budgets by taxing itself more. However those who make this claim do not understand what led to Alberta’s initial success in getting to surpluses in the first place: prudence on the spending side of the budget.

Some, unfamiliar with why Alberta once prospered, thus pin the blame for the last decade’s deficits and growing debt on the collapse of oil in 2014 and the decline in the royalties and corporate and personal income tax revenues derived from the same. Albertans are thus told by selected pundits  and politicians, that higher taxes would solve at least part of their present red ink problems.

READ: The red in our Maple Leaf is for chronic deficits

Despite that, from the mid-1990s until 2009, Alberta produced balanced budgets, paid off its provincial debt and cut taxes. It was able to perform that trifecta because it had more carefully controlled spending, for a time.

In 2005 for example, the Alberta government’s (program) spending per person was at $8,965, already on the high end for the decade previous; but that further soared to $10,967 by 2014 (and yes, both numbers are adjusted for inflation). That uptick in spending, beyond what was necessary for population growth and inflation, meant that by 2014 Alberta was spending, in that year alone, an extra $8 billion more on programs than inflation and population growth would have required (and this just as oil prices were about to collapse, and with it significant revenues). In total, between 2005 and 2014, the province spent an extra $49 billion extra beyond what was necessary to keep pace with Alberta’s growing population.

Thus, those who claim Alberta’s multiple deficits since the last recession were caused exclusively by the drop in resource prices ignore the province’s sorry fiscal record on spending, one that started before the NDP came to power.  Pundits and politicians who blame Alberta’s red ink on just revenue decreases post-2014 are akin to a spendthrift family ramping up spending for a decade, suffering a pay cut in the last year (the drop in pay/revenues), and then blaming its “deficit” on the pay cut. That ignores the ten-year pattern.

Moreover, to ignore the spending side of Alberta’s budget history is to disregard the fact that government employees in Alberta and the broader public sector are overpaid relative to both other provinces and also relative to equivalent private sector jobs in Alberta. On the latter, the Fraser Institute calculates the public sector pay premium in 2015 was 7.9 percent; the Canadian Federation of Independent Business, using a different data set and expanding the analysis to not just pay but also benefits, notes that Alberta’s public sector was paid 17.4 per cent more than in equivalent private sector positions, on average.

That’s one reason why hiking taxes in Alberta is a poor idea. The notion that Albertans should pay more tax when public sector pay, pensions and perks are already higher than private sector norms points to an obvious problem with the expenditure side of the provincial budget that needs fixing.

Besides Albertans already pay higher taxes. Over the last two-and-half years, the Alberta NDP government imposed higher corporate taxes, introduced four new personal income tax brackets, and increased fuel taxes. It imposed an expanded carbon tax (from where the last government set it) and will double it by January from its starting point when the NDP came into office. None of this has led to anything near a balanced budget in Alberta, because the NDP government, as with its predecessors, can’t help but spend.

Calls for higher taxes in Alberta entirely miss the factor that what allowed Alberta to mostly flourish in the last four decades, and to bounce back from even deep recessions: Opportunity-friendly policy.

Successive Alberta governments said “yes” to investment in Alberta’s primary sector, obviously, oil and gas, but also to others.  That is important to understand, given the oft-repeated myth that Alberta just got “lucky” with the oil and gas beneath it. (Not exactly: British Columbia has oil off its coast; Quebec has oil and gas reserves, and New Brunswick and Nova Scotia have natural gas formations on land, yet all have either banned exploration and extraction or are taking forever to allow the sector to develop.)

In other words, Alberta chose to allow one of its natural advantages, the resource sector, to flourish. It benefitted from that in many ways: Employment gains, high in-migration and tax revenues, but even the latter couldn’t make up for ever-higher spending beyond what population growth and inflation warranted.

Alberta: It ain’t about the weather

As for taxes, Alberta’s governments, historically at least, understood one basic fact: No one moves to Alberta for the weather. And unlike Ontario or Quebec, which are located next to heavily populated American states—and as such have easily accessible export markets which is their natural advantage—Alberta must have a significant advantage on tax rates and other costs in order to attract investment and then people.

Jack up Alberta’s tax rates to British Columbia’s levels, for example, and it becomes much easier to ignore Alberta as a place to live, work and invest.  (If you’re going to pay B.C.-level tax rates in cold-weather Alberta, why start a business in Cochrane instead of Kelowna, for example?) This is even more critical given dramatically lower tax rates south of the border and perhaps lowered rates to come.

Pundits and politicians who think Alberta should just tax itself more ignore the nosebleed spending side of a decade’s worth of Alberta budgets which translated into high costs and thus budgetary red ink when the economy went south; they ignore how the current government already raised taxes; and by advocating even higher taxes on Albertans—rather than significant spending reductions—they would destroy what little is left of Alberta’s traditional advantage on tax rates. Try spending reductions instead.